The brand, which is the latest launch from the H&M stable, will open the doors to its first flagship store in London on Friday August 25.

LONDON, United Kingdom — Arket has shared the first images of its advertising campaign exclusively with BoF.

The brand, which is the latest launch from the H&M Group stable, also revealed that it will open the doors to its first flagship store on London's Regent Street on Friday August 25.

The new Autumn/Winter campaign showcases both womenswear and menswear and is set to launch this month. It offers a glimpse of the brand's classic-yet-sportswear-inflected collection, which will be sold along alongside a selection of products from non-H&M Group brands.

Arket product will be priced slightly higher than that of the group's core H&M Group brand, with men's shirts, for example, starting at €39 (about $42) and stretching up to €115. 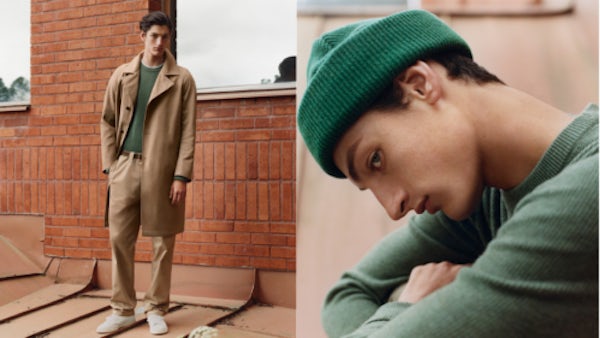 "The brand DNA is timeless, crisp, quality and warmth," Ulrika Bernhardtz, Arket’s creative director, told BoF in March. "Timeless is style beyond trend. And crisp is the counterpart to that: to be always relevant, modern and fresh. Quality is not only the feel of garments; it's also how they are produced. Warmth is about being genuine and personal."

The campaign itself places a strong emphasis on block-coloured clothing in a softly-lit outdoors setting. The filmic quality and emphasis on cleanly-designed product echoes Bernhardtz’s description and is a clear evolution of the Scandinavian minimalism that Cos, Arket's sister brand, is known for.

“We have produced a seasonal layer of images for all of Arket’s categories,” says Bernhardtz of the campaign. “By focusing on, say, a specific material, silhouette, category, fit or colour family, we can emphasise what is most important to us about the collection.”

“Having such a clear purpose for each image creates an equally clear shared vision... and gives a result that feels very much our own,” adds Bernhardtz.

Op-Ed | Arket Launch Is Smart, but H&M Must Get Core Brand Marching Again