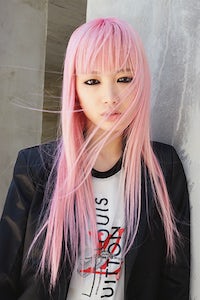 LONDON, United Kingdom — From 21 September, a Brutalist former office block neighbouring London’s Somerset House will be enveloped in a fantastical confection of style, craft skills and technical spectacle, all part of a clever marketing display designed to evoke the creative soul and manufacturing nous of Louis Vuitton.

In a break from the archive-based historical displays through which the French brand once reinforced its heritage, each season since the appointment of creative director Nicolas Ghesquière in 2014, Louis Vuitton has marked the arrival of its collections in retail stores with a nomadic exhibition. ‘Series 1’ for Autumn/Winter 2014 showed in Shanghai and Tokyo; ‘Series 2’ for Spring/Summer 2015 travelled between LA, Beijing, Seoul and Rome. ‘Series 3’ will launch in London during the city’s fashion week and based on figures from the previous editions, the exhibition is expected to attract some 100,000 visitors, according to the brand.

“Series is part of a multi-pronged approach to communicating what’s happening in our house,” says Louis Vuitton chief executive Michael Burke. “It communicates the message of the season in a way that simultaneously transcends it. There’s a certain permanence. From season to season you get the ways a collection connects to the previous one, as well as to what happened 150 years ago. It’s a continuum that ties everything together from the first trunk to this collection. It’s an attempt to create permanence in an extremely volatile world.”

Designed and created in house, ‘Series 3’ will take visitors on a 13-room “journey” through every creative step that went into this season’s collection, from the stitching of garments, demonstrated in person, to the catwalk show. Indeed, at the heart of the exhibition will be what the brand is calling the ‘Infinite Show’ — all 50 looks from the collection projected as video footage onto 25 double-sided life-sized screens, giving visitors a close-up view, usually reserved for those seated in the front row. The show will conclude with a gallery-like display of this season’s advertising campaign, shot by Juergen Teller and Bruce Weber, accompanied by a pile of free posters and a ‘sticker room’ offering 12 key accessories from the collection depicted on a set of stickers offered as a gift for visitors.

"In this digital era, fashion shows are diffused online and immediately accessible for the public,” explained Nicolas Ghesquière via email. “But it takes more than that to feel the ambience and share the intense creativity, energy and emotion around one show. This is what we would like to share with a large public worldwide. The exhibition is conceived as a total, physical and interactive immersion inside Louis Vuitton's [Autumn/Winter 2015] fashion show."

Series’ raison d’être, then, is access. According to the brand, visitors to the exhibition will be afforded insights into the workings of the brand hitherto reserved for fashion insiders. The image the brand hopes to conjure up is that of Louis Vuitton as a company driven by creativity; its collections the fruit of great minds and skilled hands.

“Hopefully those that are lucky enough to see the exhibition will see that there’s an immediacy to [Ghesquière’s] inspiration and also how much he’s been influenced by what has happened before him,” says Burke. “They’ll see how wide-reaching his influences are and how he brings that together into something coherent.”

The idea of creating an aura around a house by telling a story about its inner workings is not new. At Dior, Raf Simons’s debut haute couture collection for the house was captured by a film crew and released earlier this year as Dior and I, a hymn to the creative vision and technical skill of the brand. In 2011 and 2013, Louis Vuitton’s parent company LVMH staged Journées Particulières, an open-door weekend designed to give the public a glimpse behind the scenes of its businesses, from Dior’s couture salon to the Florentine workshops of Bulgari and Fendi. In 2013, the event drew over 120,000 visitors.

And while they may resemble big-budget museum shows, Louis Vuitton’s ‘Series’ exhibitions are a meticulously choreographed exercise in building commercial desire, something the company’s chief executive does not shy away from. “I don’t like the term ‘museum’ in relation to Series,” says Burke. “This is about a product that someone is going to buy, and wear and make theirs.”

As the industry continues to debate the role of runway shows in the digital age and the tension that arises within a brand when images of a collection spread across the Internet six months before product becomes available for purchase, the ‘Series’ exhibitions reinforce the central role the fashion show plays in communicating and marketing a collection and draws attention to the season in store, just as the fashion world is being bombarded with collections for the next. “It says what’s happening right now in store, contrary to a fashion show that says what will be happening in 6 months,” says Burke. “A fashion show is 12 minutes long — long enough to provoke ‘I like’ but not ‘I want.’ With Series you get to experience the collection over the course of hours.”

As the tens of thousands of Instagram images tagged #lvseries2 attest, posting to social media is very much part of the experience. Burke notes that the LA edition of Series drew in young fans that were “maybe not yet consumers” and that the shows “prepare the next generation.”

Each season, the Series exhibitions will continue to travel the world, with a similar format but different content, crossing the globe to wherever there’s a “nice cluster of LV fans,” says Burke, irrespective of whether they inhabit a fashion capital or not.