The flurry of activity can be traced back to Diet Coke’s first collaboration with Karl Lagerfeld, in 2010, which saw the silhouette of the iconic designer printed onto the soda company’s bottles and cans. Initially intended only for the French market, the campaign was extended across Europe and saw ultimately a slew of other fashion designers lend their images to Coke’s packaging. 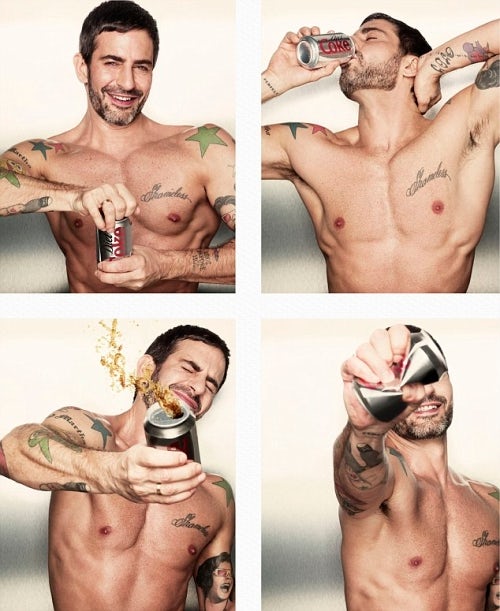 Then, in 2013, Marc Jacobs acted as both creative director and campaign star for Diet Coke, becoming ‘Diet Coke hunk,’ a cultural phenomenon of the late 1990s. And, between 2014 and 2015, emerging designers Ashish, Ashley Williams and Sophia Webster each created collections referencing Coca-Cola’s instantaneously identifiable typography, while, in 2015, OPI Nails created a Coca-Cola-inspired nail lacquer line. Also this year, Nicola Formichetti created a unique, glowing dress for the promotional Pepsi x Liter of Light Ignite the Light Tour. The soda company has also entered into a partnership with Vogue Italia to support young design talent.

So why are soda giants like The Coca-Cola Company and PepsiCo — which, combined, control 70.2 percent of the carbonated drinks market, according to Beverage Digest — targeting fashion? And why have some of fashion’s biggest names been such willing collaborators?

“Fashion has always been a part of the brand DNA of Coca-Cola, even from the earliest advertisements,” said Kate Dwyer, group director of worldwide licensing for The Coca-Cola Company.

“We did a lot of consumer research and people that drank Diet Coke had a vested interest in fashion,” added Nik Thakkar, a branding specialist who worked with Diet Coke on its campaigns with Karl Lagerfeld, Jean Paul Gaultier and Marc Jacobs. “What we came out with was that a woman in the Diet Coke demographic aspired to Chanel and, so, by default, getting a partnership with Karl Lagerfeld was a very solid solution,” he continued. 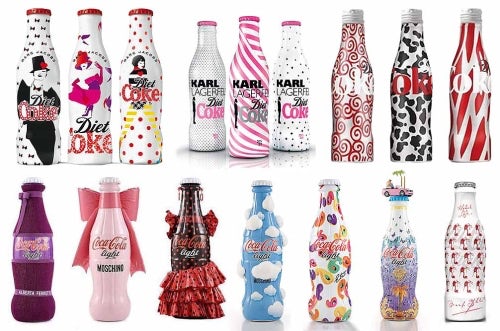 For Coke and Pepsi, which are amongst the most recognisable consumer brands in the world, fashion campaigns are less about driving awareness with a particular demographic than building brand equity. “A brand like Pepsi, we already have 98 percent consumer awareness around the world. We believe there is an opportunity to really extend the equity of Pepsi — beyond the bottle,” said Kristin Patrick, senior vice president and chief marketing officer of PepsiCo's global beverage brands. “We are using these amazing creative forces to help inform our brand and I think that they really help to create relevance and a connection point for our consumers,” she continued.

Fashion collaborations have proven to increase consumer love for the brand and, ultimately, consumption of Coca-Cola

“Fashion collaborations are about generating positive conversation and positive association around these products,” added Thakkar. “When people are talking about Coca-Cola and Pepsi, yes there are people saying, ‘Oh my God, I love the taste,’ but as green juice, coconut water, teas and other health drinks have come into the market, there is more negativity on soda.”

Indeed, soda sales have been in decline for several years, impacted, in part, by the growth of energy drinks and increasingly health-conscious consumers, concerned by both excessive sugar consumption and the effects of artificial sweeteners such as aspartame. In the United States, the volume of soda consumption fell 0.9 percent in 2014, after a three percent drop in 2013, according to Beverage Digest. Although the Coca-Cola Company makes one in every two carbonated soft drinks sold in the world, its revenues fell by four percent to $46 billon between 2012 and 2014. In 2013, PepsiCo suffered a 5.2 percent decline in diet soda sales and a 1.7 percent decline in non-diet soda. 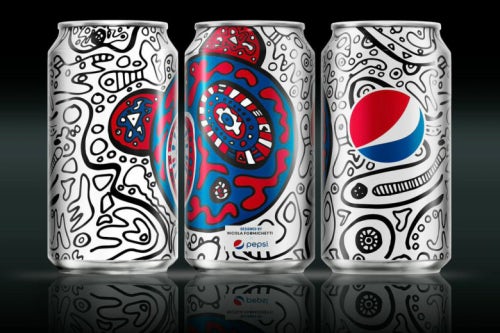 At the same time, fashion has become radically more accessible and grown into a form of popular entertainment, making it a more viable marketing vehicle for mass consumer brands than in the past. “Fashion's becoming more open and less exclusive and behind-the-curtain. I don't agree with fashion exclusivity. I really don't like to create imagery of the impossible that is so difficult to touch and approach. For me, it's about collaboration and inclusiveness,” said Nicola Formichetti, the creative director of Diesel who recently became an ambassador for the Pepsi Challenge, a marketing programme including consumer competitions spanning design, sport, entertainment and music. Formichetti is one of six ambassadors including Serena Williams, Usain Bolt and Usher. “If it was five or ten years ago, it would be really strange for a fashion person to do this kind of stuff,” said the designer.

“For many, many years we had a strong hold in music. Entertainment and sports have always been a proven lifestyle platform for the brand,” said Patrick. “But really what we are noticing is a kind of cross-pollination of culture going on. We are taking a new look at the way that consumers connect with brands and really understanding the way that culture is working nowadays and how interconnected everything is.” 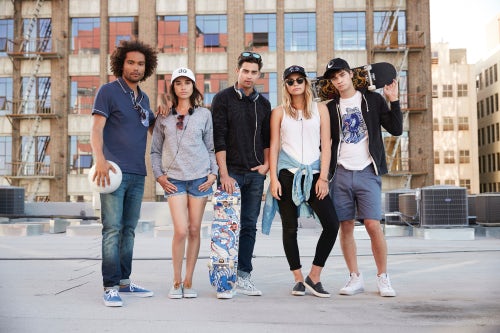 “Fashion remains a key passion point for teens and young adults,” added Patrick. “We really see the use of ambassadors and celebrities in a different way now. They become more like artists in residence for the brand.”

In recent cycles, collaborations between soda brands and fashion designers have deepened and expanded well beyond packaging. The Coca-Cola Company has partnered with emerging names including Ashish, Ashley Williams and Sophia Webster, who have incorporated the brand’s marketing assets in ready-to-wear and accessories designs. “It began with brand associations but has evolved to a more integrated approach, through co-creation and designer collaborations,” explained Dwyer. “Through relevant designer collaborations, we have been able to connect with our consumers in a meaningful way.”

In 2014, PepsiCo collaborated with apparel, skate and accessories brands: Original Penguin, Gents, Goodlife, Shut and Del Toro, to produce its 'Live for Now' capsule collection. “Consumers really understand this lifestyling of a brand, and we think there is a real opportunity for us to carve out unique spaces with certain categories,” said Patrick. 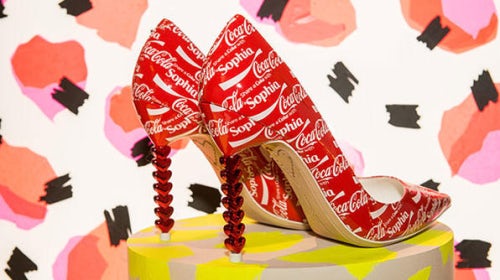 On the flip side, fashion designers who collaborate with soda companies often do so to drive awareness of their own brands. “Coca-Cola has such a wide-reaching global customer base that it has given me heightened visibility in markets my brand is only just beginning to be stocked in,” said Sophia Webster, who collaborated with the company for her Autumn/Winter 2015 collection. “I was very conscious to make the shoes make sense as part of my wider Autumn/Winter 2015 collection at my London Fashion Week presentation. I wanted to ensure that the collaboration was as organic as possible.”

For Dwyer, “The ultimate measure of success is an increase in the sales of our beverages. Fashion collaborations have proven to increase consumer love for the brand and, ultimately, consumption of Coca-Cola.”