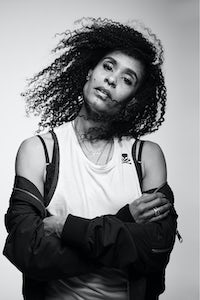 In another sign of the growing connection between fashion and wellness, SoulCycle has turned to Trey Laird to produce its first brand campaign, which launches in a series of videos and images on Tuesday and will continue to roll out throughout the rest of the month. Laird is the founder of leading creative agency Laird+Partners, and has is known for his work with DKNY, Tom Ford and DVF.

The New York City-based indoor cycling company, which has gained a cult following across the country, is entering a new chapter: co-founders Elizabeth Cutler and Julie Rice resigned in April 2016, almost a year after Melanie Whelan was promoted to chief executive. She joined the company shortly after Equinox took a majority stake in SoulCycle in 2011. The company filed for an IPO in July.

“We hear it time and time again from our riders that SoulCycle has changed their lives, and yet we’ve never communicated that — certainly not in an integrated way from a brand perspective,” said Whelan. “And now that we are in 74 locations and 15 markets, we thought it was really important for us to regroup and evolve the brand and the messaging before we keep going, because we have big ambitions for the business.”

Whelan said Laird was a natural choice for the campaign because, as a rider for the past six years, he has experienced firsthand the company’s signature inspirational experience. “Some of my best campaign ideas or some of my best client ideas come in the middle of a SoulCycle class,” said Laird, who described company as a “style-leading” brand.

Seeking to bring a luxury sensibility to the sports world through the campaign, Laird said he wanted to explore the concept of luxury as an experience. “This notion of finding an experience that makes you feel good and doing something that you desire for yourself, I think, is only going to get stronger.”

The campaign highlights the instructors that give a voice to the brand and lead its distinctive community. The content is digitally and socially driven and supported by outdoor campaigns in key markets. “We are about to go back into the studio and start talking to our riders and amassing more content and more stories, and will continue to test more formats as we create more of the campaign,” said Whelan. “This is just the beginning.” — Chantal Fernandez

The move comes nearly a year after its Qatari owners Mayhoola for Investments — widely believed to be a vehicle for Sheikha Mozah bint Nasser and other members of the country’s ruling family — acquired full control of the French fashion house for an undisclosed sum.

Piombini, who was already a member of Balmain’s board of directors, previously held the role of worldwide commercial director at Italian fashion house Valentino, which is also owned by Mayhoola. The company said in a statement that Diemoz, who joined in 2000, will leave the company after several years of exemplary leadership.

“I am excited by this opportunity to form a part of the Balmain team, as the brand develops into a global leader in the luxury goods market,” said Piombini in a statement. “Olivier Rousteing, Balmain’s creative director, has instilled a remarkable passion inside the house, overseeing the creation of a singular, recognisable spirit and silhouette, while always remaining focused on the mission of responding to the needs and desires of a new and diverse generation.”

“I look forward to working closely with him and the rest of the Balmain family, helping to coherently build upon that vision and fully realise the house’s significant potential for impressive future growth,” he added.

Piombini will work together with Rousteing to further expand its global store network as well as develop its product categories into some lower-priced items like handbags, shoes and key rings to help maintain its connection with its younger audience.

“This is definitely an exciting time for Balmain,” said Rousteing in the statement. "It is obvious that, with the arrival of Massimo, the house has all the necessary ingredients to face the many new adventures and challenges that await us. I look forward to working alongside him in the weeks, months and years ahead. Today, of course, the entire team at Balmain would also like to acknowledge how much we owe to our departing CEO, Emmanuel Diemoz.”

In recent years, Balmain has managed to generate significant brand buzz, closely linked to its social media prowess. Indeed, since the 2011 appointment of Rousteing, Balmain’s brand profile has grown by leaps and bounds. Rousteing, who has focused intently on raising Balmain’s visibility by connecting directly with digital fans, has attracted 4.4 million followers on Instagram, as well as a ‘Balmain Army’ of celebrity supporters, including the Kardashians and models Gigi Hadid, Joan Smalls and Rosie Huntington-Whiteley.  — Limei Hoang