LONDON, United Kingdom — Instagram has established itself as a critical marketing channel for fashion and luxury brands. The mobile platform now has over 800 million monthly active accounts and has become what Luca Solca, head of luxury goods at Exane BNP Paribas, has called the "social media boxing ring” and “by far the most relevant social platform for luxury brands.”

Today, the entirety of the fashion ecosystem is represented on the platform, which has built a community of highly engaged fashion fans. Over 709 million Spring/Summer 2018 related likes, comments and Stories were posted during the five weeks of last season, nearly triple the engagement rates of the previous season, as consumers increasingly turn to Instagram to view and learn about fashion. A study commissioned by Instagram in partnership with GWI back in March 2017, found that over 58 percent of luxury global consumers from France, Italy, Germany, the UAE, UK and the US (defined as those aged 16 to 64 earning more than 125,001 euros or GBP, or over $199,999) use the platform to stay up-to-date on trends. Roughly 50 percent are motivated to follow brands or celebrities due to fashion.

The scope of potential commercial partnerships between luxury and fashion brands and Instagram is also increasing. Having launched in-app shopping in the US, with 20 partners including J. Crew and Michael Kors in 2016, this year the company launched Instagram stories, which has built a community of over 250 million active accounts and is extremely advertising friendly, with a third of the most viewed Stories posted by businesses. Below, BoF outlines three fundamental principles behind Instagram advertising success inspired by the company’s newly released ‘Experience Luxury’ report.

Learn more and gain further insights for your business today by downloading the full report here.

While most companies recognise the importance of Instagram as a communication channel and consider potential engagement on the platform when conceiving and commissioning print campaign imagery, which remains the focus of the majority of the luxury industry, too few shoot campaign content tailored specifically to Instagram’s user experience or even its dimensions. 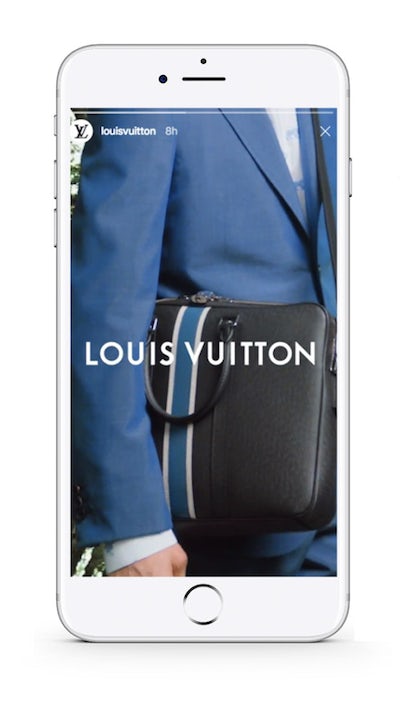 As a Beta partner and the first luxury fashion brand to run an advertising campaign on the then newly launched Instagram Stories, Louis Vuitton shot video content designed exclusively for the platform to launch its Spring/Summer 2017 menswear collection. Taking advantage of the vertical screen to display full-length looks, along with detailed images of the clothing and accessories, the brand created a compelling visual narrative revealing the craftsmanship behind Kim Jones’ collection, which Tim Blanks described as a “spectacular autobiographical hybrid of tribal Africa, tribal London and tribal Paris.”

Louis Vuitton’s investment in content designed specifically for the platform paid off. The brand experienced a 28-point increase in ad recall, attributed by Instagram to the use of app-specific dimensions. Although the campaign benefited from an expanding online video audience, which grew by 8.2 percent between 2016 and 2017, its impressive engagement rate was rooted in its visual impact.

As simple as it may sound, due to Instagram’s inherently visual nature, the quality of imagery and video used by brands is the greatest driver of success on the platform. Recently released biometric research conducted by MediaScience on behalf of Facebook, which acquired Instagram in a billion dollar deal in April 2012, shows how people physiologically react to advertising on the platform.

Using eye tracking, the study found that respondents focused more of their attention on the image portion of the advert rather than text, and that audiences were more engaged with adverts on Instagram compared with other feed-based platforms tested. This engagement continued throughout the time they spent navigating their feed, not just while the adverts were displayed. 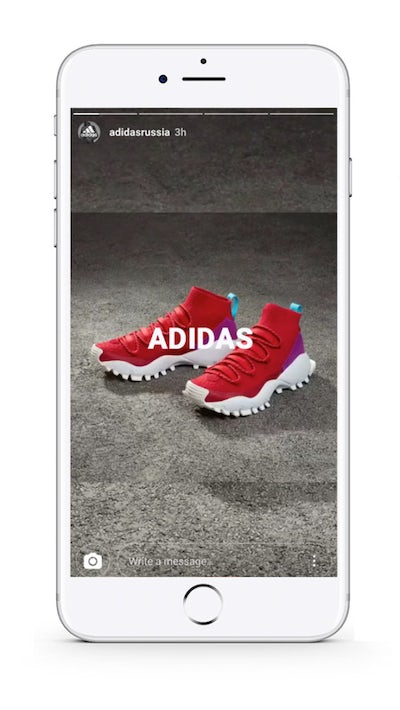 The video, set to a remixed track of Frank Sinatra’s My Way, won the Entertainment for Music Grand Prix at Cannes, and has since become a series with two further iterations released in the succeeding months.

“Instagram helped us to reach the audience of young creators in their native environment. We saw a lot of positive reaction from our target audience,” says Vlada Kornilova, manager of brand communications at Adidas Originals. The campaign successfully increased ad recall by 20 points, which rose to 27 points amongst the target audience of 18 to 24-year-olds.

However, today, in a crowded a market place, consumers have so many choices that fashion companies need to leverage the information they have to segment their audience and then re-target. To tap that data and maximise their return on the significant investment that high profile and highly produced advertising campaigns require, Adidas retargeted people who saw the video, to “re-engage with the audience and continue our dialogue with them,” says Kornilova.

Using Instagram’s Custom Audiences targeting tool to reconnect with followers, Adidas was able to create a 10-point increase in perception of the brand as “unique,” according to statistics provided by Instagram. 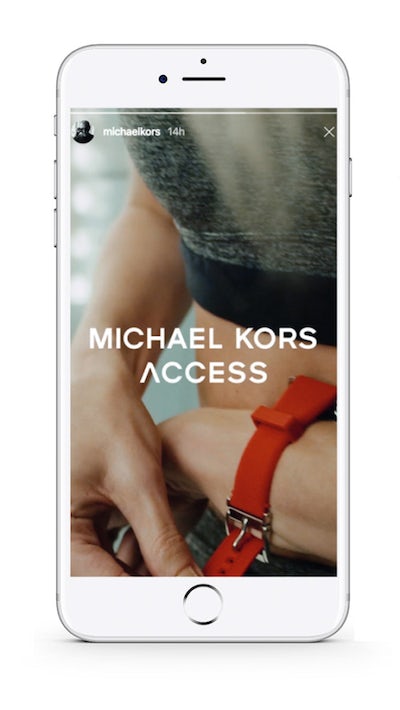 Having shot the full 2-minute video, which was specifically designed in vertical format for Instagram Stories dimensions, the brand tested the responses of different segments of consumers to varying length Instagram Stories ranging from 2 to 15 seconds. To determine the effectiveness of these shorter video lengths, the fashion brand segmented one of its key audiences — women aged 18 to 54 — into four random groups.

Each of these groups was exposed to one of the four video segments in their Instagram stories, the results of which informed the campaigns continuing rollout and that of future initiatives. By agilely optimising its campaign, the Michael Kors brand was able to drive a 24-point lift in ad recall, and the brand’s Instagram Stories delivered an almost 9-point increase in favourability, which equates to ten times the industry standard.

“We are constantly experimenting and optimising for what is resonating with and inspiring our customers on the platforms that they love the most, including video length, content and format,” says a spokesperson of the Michael Kors marketing team. By approaching its campaigns as a series of small digital experiments, Michael Kors is able to drive sales and gain valuable insights into engaging its consumers through agile optimisation.

The dialogue between brand and consumer and the insights that stem from it is one of Instagram’s most valuable assets. “Brands should use Instagram as a way to get consumers into their universe, into their identity,” says Olivier Abtan, partner and managing director at Boston Consulting Group. Indeed, companies that go beyond analysing impressions and engagement to view their Instagram feed as a feedback channel capable of guiding future strategy across the business are instantly incorporating consumers further into their brands — simply by listening to them.