NEW YORK, United States — Some thirty years back, Red Wing — maker of hard-wearing boots built for work on oil rigs and farms — became a coveted brand among the Americana-obsessed Japanese. The 110-year-old, Minnesota-based manufacturer struck a deal with Japanese company Midori to distribute its rugged 875 and 877 models, which were worn in Japan as fashion, not utility, shoes. “We didn’t do much more than that,” explains Red Wing Shoe Company president Dave Murphy. “We shipped the product when they wanted it and started to build a name and reputation there.”

In 2004, about twenty years after Red Wing boots became a Japanese fashion item, the US consumer took notice. Capitalising on the renewed interest in American-made goods and workwear-inspired fashion — partially spurred by the profound patriotism felt after September 11th — Red Wing created a separate “Heritage” division, aimed at customers wanting to wear the boots, not for work, but for their lifestyle appeal. While 65 to 70 percent of Red Wing’s work boots are made in the US, 100 percent of its Heritage boots are produced here at the company’s two manufacturing plants: one in Red Wing, Minnesota, and the other in Potosi, Missouri. 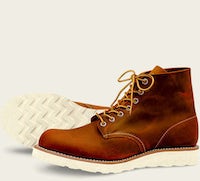 “I think it was a happy confluence of a growing interest in genuine, authentic products and a move toward buying less and buying better quality,” says Murphy. “All of that was working for us.”

In 2014, Red Wing had its best year ever, generating a little over $700 million in sales. Work boots still make up a majority of the business, although the company’s heritage division is the second-largest segment, followed by Vasque, its line of hiking boots. To keep up with the record sales, Red Wing increased staffing at both plants, but currently has no plans to open another.

Each of Red Wing’s divisions saw overall growth last year. The work boots are worn in 110 different countries, from Nigeria to Pakistan, and the heritage line is gaining in popularity not only in the US and Canada, but also Northern Europe and much of Asia.

There are, however, challenges ahead. Japan’s sales were “down slightly” in 2014, according to Murphy, which could be an indication of shifting trends across the globe. As the patina of words like “Americana” and “heritage” dulls — particularly among menswear buyers — Red Wing’s accidental popularity might be difficult to maintain.

It’s a challenge that any heritage brand appropriated as a fashion label will face at one point or another. From the early-aughts popularity of Uggs to the current thirst in the US for L.L. Bean’s duck boots — which generated a waiting list of 100,000 people last winter — keeping up that sort of momentum is near impossible.

“All of a sudden, you may have one hero product that’s right for the fickle consumer — and the culture and the lifestyle at that moment — and you’ll want to ramp up,” says Tom Julian, director of strategic development at trend-tracking firm The Doneger Group. “Sometimes, you don’t think of what’s next. That’s when the downfall happens.”

So what’s a brand to do? Red Wing’s plan is to remain true to the core aesthetic. “We’re not sexy. We make work boots and we’re proud of that,” says Murphy. “You’re never going to see off-the-wall styles. We’re not going to chase fashion. And we’re not going to let our head get too big.” While the company has dabbled in fashion collaborations — including a well-received partnership with British designer Nigel Cabourn in 2012 — those sorts of marketing partnerships are not a focus. Instead, the company is determined to stay the course. “We’re not cutting our spending,” says Murphy, who just opened a new store in Osaka as well as an e-commerce site dedicated to the heritage collection. “We will have some ups and downs and we’re willing to live with that. We’ve never compromised for fashion.” 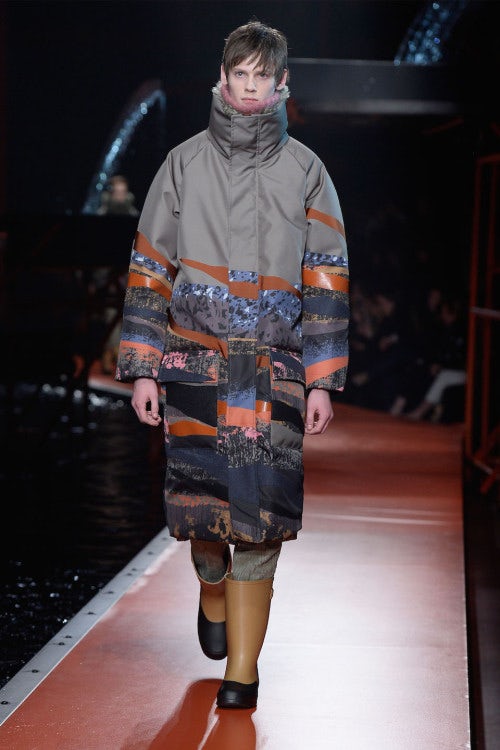 British brand Hunter, which will turn 160 in 2016, saw demand for its rain boots shoot up after Kate Moss wore a pair to the Glastonbury Music Festival in 2005. It’s bolder than Red Wing about its interest in attracting the high-fashion customer. In late 2012, private equity firm Searchlight Capital — which became Hunter’s majority shareholder in 2011 — hired two new executives to help spin Hunter’s fashion credibility into a global business: former Stella McCartney CEO James Seuss as global president and CEO and former Established & Sons CEO and consultant Alasdhair Willis as creative director (who happens to be married to McCartney). Before the arrival of Seuss and Willis, the business was growing, but had begun to alienate the rural, outdoors-minded consumers, who were turned off by the growing trendiness of the brand’s classic styles. “Fathers were no longer buying the brand because their daughters were wearing pink [rubber] boots at the festivals,” Willis says.

To better manage this dichotomy, Seuss and Willis first segmented Hunter into two categories. There is Hunter Original, where the classic boot sits and is available in a variety of styles and colours, to suit the fashion customer. Then there is Hunter Field, a newer range with a focus on innovation and performance. The Hunter Field rain boot, for instance, is made from a softer rubber, with a zig-zag sole for higher traction. “It pushes forward the traditional DNA that will appeal to a lost audience, but also a new audience as well,” Willis says.

In addition to creating two distinct brands under the Hunter umbrella, the company has also worked to appeal to the fashion world and its followers by hosting Instagram-optimised shows during London Fashion Week. The hope is that these events will help with brand recognition, and also give consumers a better idea of the products Hunter offers besides boots, including rain ponchos, umbrellas and even handbags in novelty colours and patterns that are more high street than English countryside. “When you’re launching new categories, it’s not that easy for retailers and consumers to even learn about them,” Seuss says. “Because of the shows, we’ve seen more interest from buyers in places like China and Japan.”

So far, the strategy is working — especially in the US, which has surpassed the UK as Hunter’s largest market. In 2013, sales were £81.7 million ($124 million at current exchange rate), up 9.8 percent from £74.4 million ($113 million) in 2012. While the company has yet to release 2014 figures, Seuss says that sales grew by a double-digit percentage last year. Hunter now plans to expand its retail network. In addition to a flagship on London’s Regent Street, which debuted in November 2014, there are plans for outposts in Tokyo and New York.

Not as aggressive as Hunter, but less conservative than Red Wing, the 121-year-old Barbour has taken yet another approach to its current status as a trendy brand. The South Shields, UK-headquartered company entered the high-end fashion lexicon around the same time as Hunter, as British hipsters like Alexa Chung, Lily Allen and the Arctic Monkeys began wearing the brand’s Bedale and Beadnell styles, which are waxed riding jackets with corduroy collars.

“We started to get a lot of demand from different types of wholesale customers,” explains global marketing head Paul Wilkinson. (As well as J.Crew and Madewell in the US, the brand is stocked at Selfridges, Harvey Nichols and Liberty in the UK, among others). Barbour saw another pop in 2012 when Daniel Craig wore its Beacon sports jacket in the James Bond film Skyfall. Sales were £152.3 million ($232 million) in 2013, up 11 percent from £136.9 million ($209 million) in 2012. Figures from 2014 are not yet available, although Barbour will says that the US is the company’s fastest growing market. 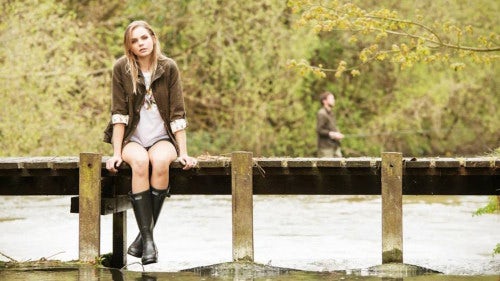 “We’re not a fashion brand, we’re a brand that’s in fashion,” says Wilkinson. Instead of building out its own line to appeal to a fashion customer, Barbour frequently collaborates with designers and upscale brands — from Christopher Raeburn to Paul Smith — to offer an element of newness without distracting from the core collection. “Collaborations are almost a mandate today,” suggests Julian. “That’s your entry fee. It allows you to access a different client.”

Collaborations are also temporary, which allows for occasional mistakes. (Indeed, no one is berating Hunter for collaborating with Jimmy Choo in 2010, even if the partnership was not a good fit for either brand.) What’s difficult is launching something fashionable that’s more permanent, as Barbour has done by expanding its International collection. Founded in 1936, the motorbike-inspired line is moving out from under the Barbour umbrella with its own stores. The company has also entered into licensing agreements for eyewear, watches and fragrance. Wilkinson says Barbour is managing these different projects with the necessary strictness. “It’s really important that all of the collections are anchored to the heritage of the brand,” he says. “Rather than saturate the market, we have to develop targeted, tightly distributed, correct product.”

Can it work? Can these old-fashioned companies remain relevant to fashion-conscious customers beyond the natural trend cycle? Tom Julian thinks that, with careful planning, the answer is yes. Heritage brands are akin to luxury brands: both rely on history to create a sense of trust, but newness to draw attention. And, diversity in the marketplace means that a single name can mean many things to many people. “At one time, a brand that was heritage and pure could only live in one channel,” Julian says. “Now, as long as the core hero product is always protected and preserved, the consumer is open to more.”