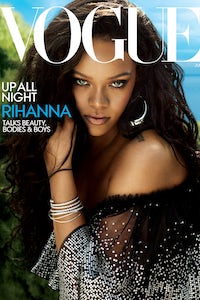 NEW YORK, United States — American Vogue is making its most significant round of layoffs in the last two years. About eight people from across the title have been laid off as part of an internal reorganisation — including the director of communications and a Vogue.com senior market editor — according to sources close to the magazine.

The layoffs come amidst uncertainty inside the Vogue offices following media reports this spring that Anna Wintour, editor-in-chief of Vogue and artistic director of Condé Nast, which owns the title, will soon exit the company. Condé Nast chief executive Bob Sauerberg denied these rumours to the New York Times in April.

The Vogue departures come as Condé Nast is doubling its efforts to cut its overhead costs and streamline its staff by sharing resources across titles. Currently, the Boston Consulting Group is advising the company on long-term strategy and investments as Condé Nast navigates declining print advertising sales, which still account for the majority of revenue, and a competitive digital media market.

A wider reorganisation began in 2016 when Condé Nast unified its creative departments under corporate creative director Raúl Martinez. The following year, the business side of the company was restructured around categories and clusters of titles. Now, Condé Nast is focusing on streamlining its editorial operation, including its fashion and beauty closets.