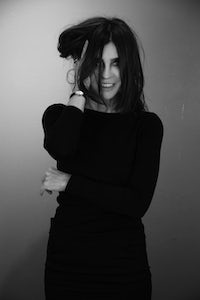 NEW YORK, United States — Carine Roitfeld is seeking scale. It’s been five years since the legendary French editor launched her own biannual magazine — CR Fashion Book — and five months since she parted ways with Stephen Gan’s Fashion Media Group, the title’s former publisher. “I will never forget Stephen was the one who helped me launch the magazine. But after ten issues, you can have different ways of thinking,” Roitfeld told BoF, speaking at length for the first time on the split and her future ambitions.

“I wanted to be a bigger magazine,” said Roitfeld. “Stephen never liked that. Controlling [the vision] — it’s his way of working. But I’m not just fashion, fashion, fashion. I’m more open-minded than maybe people think. I want bigger visibility.” 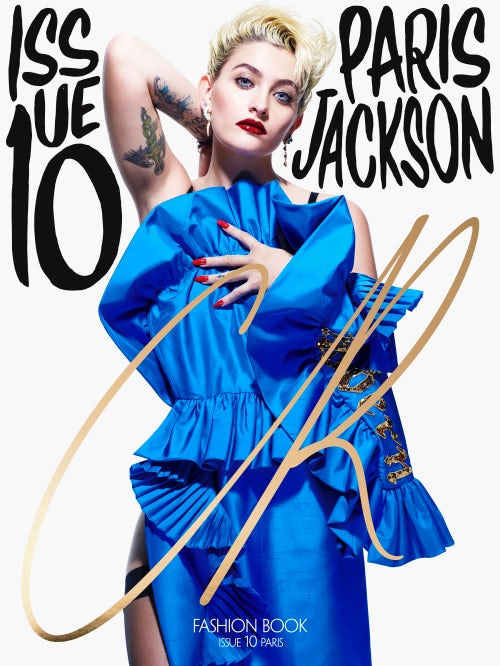 The tenth issue of CR Fashion Book, set to launch on 2nd March, contains what Roitfeld called “my vision of Paris.” But its dual covers reflect a point of view that's much broader than these words might initially suggest. One features Halima Aden, a Somali-American model, proudly wearing a hijab; the other features Michael Jackson's 18-year-old daughter Paris Jackson, a tabloid favourite whose cover will be revealed on American television show Good Morning America on Tuesday.

To help her scale, Roitfeld has deepened her partnership with American media conglomerate Hearst, where she has worked as global fashion director of Harper’s Bazaar since 2012. The print edition of CR Fashion Book is now published and distributed by CR Fashion Book Ltd — a recently-formed entity led by Roitfeld’s son Vladimir Restoin Roitfeld — in partnership with PubWorX, a 50/50 joint venture between Hearst and Condé Nast. The magazine has a global circulation of 65,000 and has been profitable since its inception, according to Jorge Garcia, who will continue to oversee ad sales for the print magazine. The latest issue (including the accompanying CR Men's Book insert) has 149 ad pages and while Roitfeld is considering speeding up the publishing rhythm of her print product to four times a year, digital is expected to be the real engine of growth.

Hearst operates its digital portfolio as a vast content ecosystem, underpinned by MediaOS, a publishing platform designed to encourage content and data sharing across brands. And as part of the new agreement, starting in April, Hearst will host CRFashionBook.com on MediaOS, and oversee digital distribution and advertising for the title.

“I think we would be crazy not to work with Carine, because of her eye and her influence and her importance in the industry,” said Troy Young, president of Hearst Magazines Digital Media. “I would say that, for a unique voice like hers, there’s always a gap in the market. Broadly, the opportunity to have almost a ‘super-columnist’ that utilises everything that we’ve built from a platform perspective — our technical platform, our sales platform, our audience platform — makes so much sense now.

“There’s a network effect of having Carine part of what we do, and that includes utilising publishing platforms, distributing content, creating branded content, sales and developing a larger audience. I think that’s really, really hard to do if you are a small organisation. We can operationalise it because we have scale,” continued Young. CR Fashion Book declined to share traffic numbers, but according to Similar Web it attracted 90,000 total visits in January. By contrast, in 2016, Hearst Magazines Digital Media drew 176 million monthly unique visitors across its portfolio of brands, up 25 percent year-over-year.

The strategy is similar to Hearst’s partnership with Lenny Letter, a newsletter launched by Lena Dunham and Jenni Konner in 2015. “There is a set of super-influencers that really add to the equation that we bring to the market,” explained Young. “The things that drive modern publishing are a point of view and being part of a very specific community. If we can take that which is so great about Carine — her access, her unique point of view and her connection to community — and expose it to a larger group of people, then that’s really powerful. I think you’ll see more of these partnerships in the market, because the content proposition is really valuable and brands want them.”

Roitfeld and her team at CR Fashion Book will continue to drive the title’s editorial agenda, but staff from Hearst’s editorial and branded content teams will support them, revealed Young. “I hope to learn a lot from them,” said Roitfeld, reflecting on Hearst’s digital know-how. “We do one story at Harper’s Bazaar and it covers the planet. That was the way we wanted to shine with CR Fashion Book at Hearst. I think they do it very well.”

Interestingly, Roitfeld’s new partnership with Hearst has re-opened doors to top photographers who were forbidden from working with her after her departure, in 2010, from rival publishing giant Condé Nast, where she was editor-in-chief of French Vogue for ten years. “You get respect when you have big people with you — with Hearst — it’s not just a little magazine with print,” she said with characteristic candour. Since last season, Mario Sorrenti and Terry Richardson have began working with Roitfeld again.

Roitfeld also has ambitions beyond her media brand, which she hopes will set the tone for the growth of several other business lines under a broader brand umbrella, including CR Studio, a creative agency, and a line of branded products, starting with a perfume that Roitfeld said she has been developing for almost five years. The scent, bottle and branding are complete, but Roitfeld is searching for a business partner.

“I have a dream to make a perfume because that’s a legacy if it works,” said Roitfeld, now a grandmother, who quickly added: “I will never totally retire.”