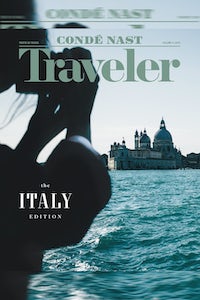 LONDON, United Kingdom — The walls between Condé Nast and Condé Nast International are coming down.

Starting in January, the UK and US editions of Condé Nast Traveller will be produced by one integrated editorial team led by Melinda Stevens, the current editor-in-chief of the British title. Pilar Guzmán, editor-in-chief of the US title, will stay with the company during a transitional period and then either take on a different role or depart the publisher.

Stevens will lead a staff based across London and New York that will collaborate closely on content for both online and print distribution. The teams were informed of the strategy shift on Wednesday, and it is unclear how many layoffs will occur as a result of the collaboration, but a representative for the company said there will be minimal changes to the overall team.

Facing serious challenges as media consumption shifts online — Condé Nast lost more than $120 million last year, according to a recent report in The New York Times — the publishing giant is taking steps to consolidate its portfolio, which includes Vogue, Vanity Fair, The New Yorker and Bon Appétit, and work more closely with Condé Nast International, its London-based international arm. The American entity is also selling three of its titles: Brides, Golf Digest and W. The company says it expects to reduce last year's losses by about 50 percent in 2018 through cost-cutting, growing advertising revenue from its digital and video businesses, consumer events and other revenue streams.

The planned changes to Condé Nast Traveller mark the most extensive collaboration yet between the US and UK based companies, both subsidiaries of Advance Publications, a company controlled by the Newhouse family.

“This announcement is the first title collaboration between the two divisions of the company and kicks off several new initiatives set to launch between Condé Nast and Condé Nast International, leveraging our global footprint,” said a statement issued by Condé Nast Britain, a division of Condé Nast International. “This strategic move complements the existing stability and strength of the Traveller UK brand while leveraging the CNTraveller.com network to deliver long-term sustainable growth.”

Unlike Hearst, which started systematically sharing digital content across its international editions more than four years ago as part of a wider push to reimagine its portfolio as a multi-brand global ecosystem, Condé Nast’s operations have largely remained more siloed between its American and international arms. For example, Condé Nast International has built a London-based hub for Vogue, which works closely with the title's international teams, but the magazine’s US edition remains a separate operation in New York.

In a memo written to staff on August 2, Condé Nast chief executive Bob Sauerberg said that the company had established a “monthly task force” with Jonathan Newhouse, the chairman and chief executive of Condé Nast International, and his senior leadership “in order to identify certain projects on which we can work together.” He cited the international expansion of Copilot, the publisher’s custom content management system developed under chief digital officer Fred Santarpia, as an example.

As part of the new strategy, Condé Nast Traveller will exist on one global website — the American one — although its social media accounts will remain separate. The first print issue to reflect the combined teams under Stevens will be released in January 2019 and the publication frequency will not change. In addition, the existing US and UK business teams will function independently but “increasingly collaborate.” Other international editions of the Condé Nast Traveller — including Middle East, China, India, Italy and Spain — will remain independent.

“Travel is by nature global and placing the editorial teams under one leader is a way to harness the expertise of two highly talented teams, delivering the best of all worlds to audiences,” said Albert Read, Condé Nast Britain’s managing director, in the statement announcing the changes coming to Condé Nast Traveller. “In addition, the combined reach of both editions of the brands opens up innovative new opportunities for our advertising partners.”

“Over the course of the past several months, senior leadership across the company has worked with me to develop a long-range growth strategy so that we remain one of the most influential media companies in the world,” wrote Sauerberg in the August memo, outlining priorities such as video and consumer experiences, and emphasising the company’s focus on its core brands.