A March 2018 story about a flotation device shaped like the mythical creature was shared 1.3 million times on social media, helping propel Cosmopolitan.com’s traffic that month to a three-year high.

The traffic figures were welcome news for Jessica Pels, who took over the long-running publishing brand’s digital leadership from Amy Odell in late January, three years after she joined fellow Hearst site Marie Claire as digital director. But Pels said her goal is for the site’s political, cultural, fashion and beauty content to reach an equally wide audience.

“I want us to be very experimental and to try new kinds of storytelling, use new tricks and tools,” she said. That could mean video projects, such as one on Marjory Stoneman Douglas's first week back at school after the February shooting, or adding audio to a written post.

Pels’s high/low approach isn’t a new strategy — or one that Cosmopolitan hasn’t articulated before under Odell. But now it has increased competition from sites like Teen Vogue and Refinery29, which are attracting readers with their own mix of feminism, politics, fashion and beauty. Cosmopolitan is mammoth, however, attracting 34 million unique monthly visitors and more than 13 million subscribers on Snapchat, where the title was an early adopter. While the site already offers meatier features and reporting — it won an Association of Magazine Media award for an October 2017 story on running for office — it is still better known for frothier fare. It is a sexist double standard that Cosmopolitan has long had to contend with. 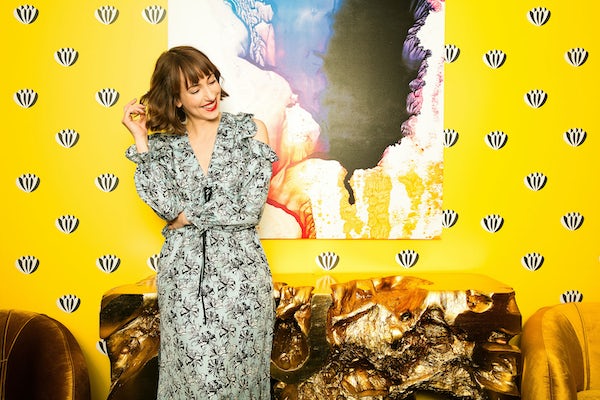 The pressure to deliver more audience, engagement and revenue is on for Cosmopolitan, one of Hearst’s flagship digital properties. Google and Facebook are winning the majority of advertising budgets, forcing publishers to cut corners even as they must work harder to capture readers.

Publishers are also looking for ways to generate more revenue from readers, such as through subscription paywalls. That’s a difficult transition for media brands that have long depended on advertising, including Cosmopolitan.

Pels’s first order of business in her new role, however, is a visual design refresh that launched this week. It’s a way to signal to advertisers and readers alike that the title is entering a new era. Cosmopolitan.com now has a cleaner and more sophisticated look that is easier to navigate and favours pink as a theme.

“I think pink can be a power colour,” said Pels of leaning into the hue in the design. (Condé Nast's women's title Glamour recently banned it in a redesign.) “I don't think being feminine and being a feminist are mutually exclusive.”

Pels explained that Cosmopolitan’s visual vocabulary is more important now because readers are scrolling through more content than ever. “It’s so important that we stand out from the pack,” she said. Differentiation and sophistication are key for capturing the more lucrative fashion and beauty advertisers who are wary of their advertising running next to “off-brand” content.

Cosmopolitan’s sex and relationships coverage doesn’t appeal to all advertisers, said Alexandra Geisler, a director of digital investment at Mindshare North America, a media agency that works with brands such as Unilever and Intercontinental Hotels Group. Some brands are not interested in advertising alongside more political or feminist content. But she recommends Cosmopolitan to clients looking to reach a wide swath of millennial women consuming content on mobile.

“Cosmopolitan, to me, sees fashion and beauty through the lens of pop culture which differentiates their tone,” Geisler said.

Online, Cosmopolitan’s biggest competitor is Refinery29, which has similar traffic numbers in the US, according to SimilarWeb. But while Cosmopolitan’s traffic is more stable over time, Refinery29 has higher engagement in terms of average time spent on the site and pages per visit.

“Just this year, we’ve seen…new advertisers in fashion and beauty brands that have not been on Cosmo in years,” he said. Those brands include Ulta Beauty, Christian Dior cosmetics and several fragrances, including Carolina Herrera and Marc Jacobs. Haskell also said branded content is a growing revenue stream, as is using Hearst’s audience data to sell programmatic, or automated, media.

SimilarWeb also reported that over 20 percent of Refinery29’s traffic comes from direct visitors, as opposed to about 12 percent for Cosmopolitan, but the Hearst site outpaced it in traffic from organic search. The latter is a channel Pels is focused on further expanding.

“Part of why serving the Facebook audience was always so satisfying and was seductive in its own way was getting that real-time relationship with large numbers of readers,” said Pels, adding that she is confident she can achieve the same strategy with Google. “I think there's a lot more to explore.”

In the meantime, viral unicorn content could have another potential.

“Wouldn’t it be amazing if we could make a line of Cosmo pool floats?”