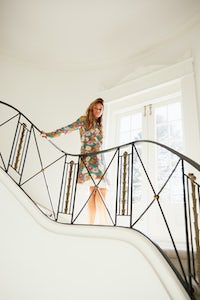 LOS ANGELES, United States — Don’t call her a “czarina.” Miroslava Duma is understandably proud of Buro 24/7. The lifestyle media empire she built from scratch now stretches from her base in Moscow to Mongolia, Mexico, Malaysia and beyond, attracting a total of seven million unique visitors a month, according to the company. But that doesn’t mean she enjoys being likened to a Russian empress.

Duma earned the “czarina” moniker five years ago for a series of show stopping appearances at Paris Fashion Week, where her clique of wealthy young Russians courted the cameras in fabulous-looking outfits. “Some people saw the fancy exterior but didn’t realise the amount of work that we put inside [our businesses],” she says, referring to designer compatriots like Ulyana Sergeenko and Vika Gazinskaya, who were given the label alongside Duma, or “Mira” as she is known to friends.

It’s a label that’s proved hard to shake. The media has often framed Duma as a socialite and street style star, while ignoring the fact that she was helming a clever, complex and rapidly expanding media business. “For me personally, yes, the socialite label did bother me as it couldn’t be further from the truth. You’ll never see me drinking and dancing at fashion parties … After all the shows, presentations, meetings and business dinners [during fashion week], I’m straight back to the hotel putting my kids to bed. [So if I am one, then] I’m the world’s most boring socialite,” she says.

My ‘squad’ aren’t cool socialites, influencers or fashion celebrities. My squad are the chief executives of fashion and tech companies and the coolest tech nerds.

This may be a hard pill to swallow for many of the 1.4 million people watching Duma’s shiny, globe-trotting lifestyle on Instagram, where she has posted images of herself rubbing shoulders with everyone from Karl Lagerfeld to Alibaba’s Chief Executive Jack Ma. “My ‘squad’ aren’t cool socialites, influencers or fashion celebrities,” she insists. “My squad are the chief executives of fashion and tech companies and the coolest tech nerds.”

Increasingly, Duma’s claim rings true. When BoF caught up with her in August — when many European fashion leaders are on holiday — the 31-year-old was en route to New York, having only recently arrived in Los Angeles via San Francisco, where she met with executives at a handful of tech companies including Google, Facebook and Snapchat for an initiative she declined to discuss. What Duma does say is that she is planning to spend the whole month in the US, travelling back and forth across the country, soaking up lessons from the country’s tech sector to apply to her own business, while also examining how to attract more investment to Russia.

Miroslava Duma’s first foray into fashion was an unpaid internship at Condé Nast Russia, cleaning up the fashion cupboard and assisting the staff. “My father had big plans for me after my masters in international business administration, but my passion was always fashion. My parents were shocked and disappointed at the time when I told them I was moving into the fashion world.”

Her break came at the local edition of Harper’s Bazaar, where she was appointed special projects director, running the magazine’s photo shoots while styling and writing. From there, she went on to work with many of the major fashion titles in Russia — Tatler, Forbes Woman, L'Officiel, Vogue — but realised that none of them were really serving digital consumers. “Even though I loved working on these iconic titles, I quickly realised that the future was digital and that there was a gap. So I created one destination that had the trust and curation of these big legacy brands — but with the pace and virality of social media.”

Buro 24/7 launched in 2011, covering fashion, beauty, art, travel and film. Today, the company has captured a big slice of Russia’s fashion and lifestyle media market, ranking second behind Elle Russia with 4.9 million visits per month in Russia alone, according to data from web analytics firm SimilarWeb, and ahead of Glamour Russia, Russian Vogue and the Russian business news channel RBC’s Style offering.

Having noticed that some of her content was popular in post-Soviet nations, she opened a bureau and a local edition in Croatia, followed by Ukraine, Azerbaijan and Kazakhstan. In just five years, Duma has expanded Buro 24/7 to 11 markets across four continents and now attracts advertising from top luxury goods brands like Hermès and Louis Vuitton. Today, Buro, whose revenue is driven primarily through advertising, license fees and events, boasts localised sites targeting the Middle East, Singapore, Malaysia, Mongolia and Mexico — all high growth markets with an expanding base of luxury consumers. And there are plans for 10 more sites in the pipeline.

Each site has its own editorial, marketing, sales and production teams. The ownership and operating structure varies, depending on whether Duma partners with a larger media company like News Corporation, as she did for her Australian site, or whether she poaches an independent fashion industry partner as she did for her Mexican presence, helmed by Brenda Díaz de la Vega, the former editor-in-chief of the Mexican and Latin American edition of Harper’s Bazaar.

To be sure, Duma’s success can be attributed, in part, to her powerful political connections. Her father, Vasily Duma, is a former Russian senator and her husband, Aleksey Mikheev, is an entrepreneur working in the Russian Ministry of Trade and Industry, for which Duma consults. She has also been a speaker highlighting the fashion industry’s role in the broader economy at events like the St. Petersburg International Economic Forum (SPIEF), an annual forum started by Russian president Vladimir Putin as an alternative to the World Economic Forum’s annual gathering in Davos, Switzerland.

Duma now spends three quarters of her time travelling outside Russia. Alongside Buro, she has recently co-founded The Tot, a US-based online shop for mothers and mothers-to-be. But she has increasingly turned her attention back to her motherland. “I realised that all the work I was doing in this space was outside of my native country where, actually, that’s where it was needed the most.”

Citing the founders of WhatsApp and face-swapping app MSQRD as examples of the kind of technology talent that has emerged from the former Soviet Empire — in these cases Ukraine and Belarus — Duma fears a brain drain from the region. Both apps were acquired by American social media giant Facebook and are now based in the tech giant’s offices in Mountain View, California and London, respectively. “So many talented engineers, founders and creatives who have great ideas are being forced to leave Russia and go to Silicon Valley to look for support, investment or infrastructure,” she says. “We need this brainpower in Russia. That would give these start-ups a better chance as well as help our local economy and stimulate growth.”

To do this, Duma is launching a tech initiative aimed at finding and supporting young start-ups, tech platforms and programmers, linking Buro with Skolkovo — a state-backed Silicon Valley-like tech hub in Russia — and the Internet Initiatives Development Fund (IIDF), a Russian venture capital fund established by the Agency for Strategic Initiative, which is supported by President Putin. The initiative will launch early next year. “There is, sadly, still a long way to go for Russia to become an integral part of the global fashion world or the start-up world. There are many myths and misconceptions to dispel [but] I’m
positive about a bright future for Russia and its talented people,” she says.

In her own way, Duma’s cosmopolitan outlook and success building Buro have helped give the outside world a glimpse of the potential that lies in Russia’s orbit and turned her into something of a soft power ambassador for the region, as well as a budding media mogul. “There are many examples that prove it’s possible to become a credible and hip brand coming from Russia. Buro 24/7 is just one.”

East of Eden: How Russia’s Isolationism is Impacting Fashion, Part One — Media

This article first appeared in The Business of Fashion's fourth annual BoF 500 special print edition, which includes stories on Kate Moss, Tory Burch and Tadashi Yanai, as well as a collectible directory of the people shaping the global fashion industry in 2016. Click here to order your copy. 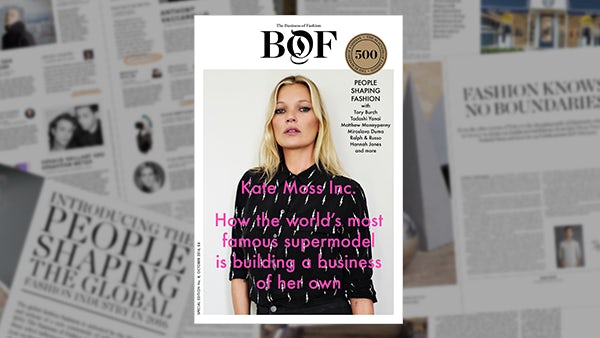