For years, fashion’s top creative jobs have gone to a small pool of talent. The economic impact of the pandemic and demands for greater inclusivity may be changing that pattern.

For years, fashion’s top creative jobs have gone to a small pool of talent. The economic impact of the pandemic and demands for greater inclusivity may be changing that pattern.

LONDON, United Kingdom — Just 18 photographers have shot the cover of American Vogue in the last ten years. It’s a number that’s doubled in the last three years. But for most of the last decade, the cover of fashion’s most prestigious magazine was the exclusive domain of nine: eight lensmen and Annie Leibovitz.

For years, fashion’s highest-paid and highest-profile creative jobs have gone to the same elite group of photographers, stylists and hair and makeup artists. But Covid-19 is accelerating change. According to LVMH board member Antoine Arnault, the coming year is set to bring a restructuring that could spell the end of fashion’s creative “mafia.”

“When you open a magazine you see it’s always the same three photographers, always the same hair and makeup. I think that’s going to end with this pandemic,” Arnault told The New York Times fashion director and chief fashion critic Vanessa Friedman in September. “[It’s] about getting out of this mafia of always hiring the same people.”

To be sure, the old guard has created some of fashion's most iconic images and remains relevant and influential, but there’s no denying change is in the air.

The impetus is partly financial: global fashion houses have cut their marketing budgets by between 30 percent and 80 percent in response to the pandemic, according to digital-marketing agency Digital Luxury Group, stripping many fashion glossies of their key source of revenue and reducing budget for big-name creatives and far-flung locations.

[It’s] about getting out of this mafia of always hiring the same people.

But media and consumer habits are changing, too, driving demand for more content at a lower cost, and a new generation of talent au fait with ever-evolving social media platforms. On top of this, a reignited social movement for racial justice and inclusivity is also putting pressure on brands and editors to work with a more diverse range of talent.

“I definitely feel positive change is happening,” said photographer Luis Alberto Rodriguez. “If the fashion industry is invested in keeping relevance, the mean girls ‘you can’t sit with us’ attitude [that privileges an elite group of primarily white people] needs to be checked at the door.” 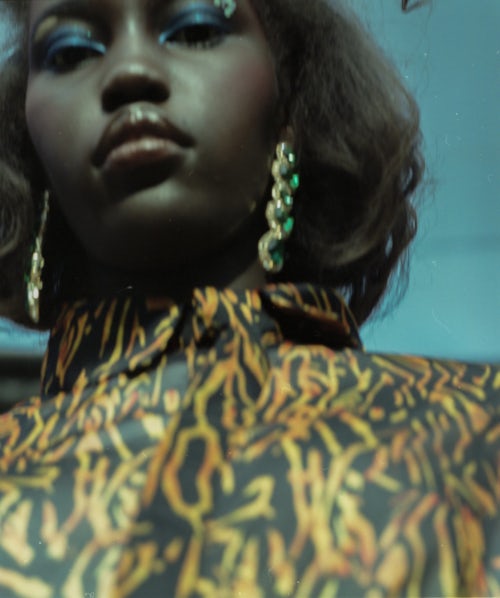 In a fashion world built on selling the perception of exclusivity, where cool is often the product of the “right” people saying so, insularity and nepotism are often the cultural norm. What's more, time-pressured fashion publishers have long relied on a word-of-mouth commissioning process when planning creative productions, meaning they often looked no further than a handful of creative friends to get the job done.

“It is a system of patronage,” said makeup artist Laila Zakaria. “You reward your friends, your lovers, people from the same background as you — that kind of stuff comes before talent.”

To get a toe-hold, young creatives often have to work for free or, in some cases, invest thousands of dollars into their portfolios in the hope of securing a paid job. The system disproportionately disadvantages those without pre-existing industry networks.

“Fashion is a very closed off ecosystem. When you add race to the mix, it’s even harder,” Zakaria added. “It always seems to be the same people at the top, and then there’s this wide gap where the rest of us are.”

A de facto monopoly over fashion's top-tier creative output has remained in place for decades, in part because those at the top have not been held accountable, according to Rodriguez. “It's so normalised,” he said.

It doesn’t have to be that way. “I believe in the law of abundance,” said i-D Editor-in-Chief Alastair McKimm. “There's enough work and enough pages and enough platform for everyone… [It is] our responsibility to nurture new talent now.”

Even before the pandemic, many legacy fashion magazines were struggling to maintain relevance and make money. Those trends have been exacerbated by the crisis, forcing them to become more open to emerging creatives who typically come at lower rates.

Brands, too, are feeling the pressure. Used to flying big-budget creatives around the world for location-specific shoots, now, they’re just as likely to look for local talent.

At the same time, brands looking to remain relevant and capitalise on Gen-Z and Millennial social media usage must generate new, engaging content on a daily basis. So, while budgets are down, demand for content is only increasing. And as brands focus on their own social media and e-commerce channels amid lockdowns, they are increasingly turning to newer, more affordable talent.

“Gone are the days where you could just do like five images,” said Simon Whitehouse, founder of creative consulting company Tiki-Taka People and former CEO of Art Partner, a creative agency that works with Harley Weir, Tyler Mitchell, and Cyndia Harvey. It's a trend that's "accelerated over the last five, seven years,” added Whitehouse. And the pandemic is quickening the shift.

Thursday’s Child, a creative platform that connects young image-makers based all over the world with commercial clients including Nike, Tommy Hilfiger and Maison Margiela, said it has seen an uptick in job requests since lockdowns were introduced.

There has just been this huge increase in the number of deliverables commissioned by brands.

Thursday’s Child Founder Jessica Bradbury identifies this increase in demand for branded digital content as the most significant catalyst for industry change. While the previous generation of creatives were required to deliver fewer assets for a commercial job, now artists need to “keep up with this fast-moving appetite for imagery on social media,” she said. “There has just been this huge increase in the number of deliverables commissioned by brands.”

While financial pressures and consumer preferences are driving change behind the scenes, the status quo is also attracting increasingly public criticism in the United States and parts of Europe.

The resurgence of the Black Lives Matter movement over the last five months in particular has brought conversations around racism to the fore. Growing demands for inclusivity, not just amongst the models that populate advertising and editorial images, but also in the behind-the-scenes creative talent producing the work, has prompted brands and editors to reconsider their creative collaborators.

“Young Black artists are getting opportunities that they were not previously getting,” said Jordan Hancock, founder of creative agency Christopher.

The latest round of September issues, which often serve as a barometer for the cultural and social state of the fashion industry, featured more Black talent behind the scenes than any previous year, at least in the US and the UK.

To be sure, commissioning editors and brands have long drawn from a limited pool of Black talent as well, creating what Zakaria termed a “Black elite.” Skeptics worry that recent moves to create new opportunities within the industry among magazines and brands who previously hired almost exclusively white talent are more about optics than anything else. But the changes happening now may prove hard to reverse, as new creatives bring new ideas to the fashion landscape.

This new generation of image-makers “are people who bring their values and their politics to set,” said American Vogue Creative Editorial Director Mark Guiducci. “They are pushing and pulling the visual language of fashion and introducing new ideas rooted in their personal experiences.”