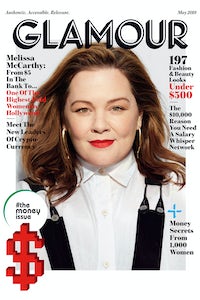 NEW YORK, United States — Glamour’s new editor-in-chief Samantha Barry says she isn’t afraid of change. She had better not be; in her first foray into magazines, the CNN and BBC veteran is embarking on a comprehensive redesign of the 79-year-old title, which has struggled to gain traction in an increasingly digital media world.

Barry joined the challenged Condé Nast title just three months ago, succeeding Cindi Leive. The former editor led the publication for 16 years, turning it into what was at one point Condé Nast’s most lucrative title. The magazine still has the largest circulation at the publisher — an average of 2.3 million in the second half of 2017, according to the Alliance for Audited Media. Barry was a surprising choice, coming to the magazine with no significant prior print experience after working as the executive producer for social and emerging media at CNN.

Barry’s experience attracting online audiences is key to her main goal: making Glamour relevant again. Glamour rarely generates buzz online, and risks losing both print and online readers to fast-growing upstarts like Refinery29 and Bustle. Other Condé Nast publications are grappling with the same problem. At Teen Vogue and Self, that meant shuttering print editions to focus on digital readers. A company spokesperson has denied rumours of more cutbacks in frequency coming to other titles, as well as any plans to change Glamour’s print frequency.

Since the 2016 election, fashion and beauty publications have embraced feminist positions and politics to vie for audiences online. Hearst’s Cosmopolitan has the biggest audience, New York Magazine’s The Cut is distinguished by its slate of writers. Indie title Gentlewoman is hosting intimate events. 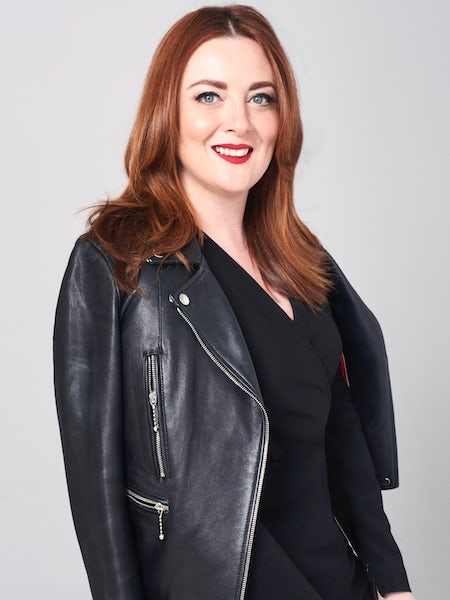 Barry wants Glamour to “own” the conversations impacting women today, including #MeToo and the pay gap, with stronger points of view and more original reporting and exclusive angles. She said Glamour has a history of strong journalism, but “I just don’t know if they have shouted about [it] as much as they could have.”

Barry’s first print issue, on newsstands May 1, is a clear indication of her vision — not a publication for “good girls,” she said, remembering the way it was described to her recently, but for “smart girls.”

“We changed everything,” Barry told BoF on the thirtieth floor of One World Trade Center, looking at an early copy of the issue. Her office was flanked on one wall by a television screen tuned to CNN and on another by a giant map of the world, a reminder of her global outlook. A native of Ireland, Barry reported from dozens of countries including Brazil and Australia before joining the BBC in London. She moved to New York with CNN four years ago.

“When I told [CNN president] Jeff Zucker I was leaving to take this job he both laughed, and [said], ‘That sounds like the right job for you,’” she said.

The May issue’s radically different look was overseen by creative director Nathalie Kirsheh, who has spearhead redesigns at W and the now defunct Details. Glamour’s website was also tweaked, ahead of a full redesign slated for September. With 6.9 million unique US visitors in March 2018, Glamour is larger online than Teen Vogue, which has 3.9 million unique visitors, and smaller than Cosmopolitan.com, which has 19 million, according to ComScore.

The print cover will undoubtedly surprise some longtime readers. A thick white border frames a stark close-up image of actress Melissa McCarthy, topped off by a new logo in an architectural and modernist typeface designed to also pop online. It looks less like a mainstream fashion glossy and more like a pop culture weekly. The theme is money — how women spend and save and struggle for financial freedom.

The traditional front-of-book and well structure is gone, leaving just four sections of content: #Look, #Feel, #Live and #Think. That last section will be home to the types of pieces Barry is most excited about.

“I have lofty ambitions for the journalism that will be in Glamour,” says Barry. “Hopefully we will be winning a Pulitzer next year, not just GQ.”

Hopefully we will be winning a Pulitzer next year, not just GQ.

Barry is proud of the fact that Glamour’s website got the first national interview with Cynthia Nixon, the actress running in the Democratic gubernatorial primary in New York.

As for her competitors, Barry says Glamour’s name recognition is not to be underestimated. “The great thing about Glamour is that it has been around since 1939…. [This] will refresh for some people that hadn't thought about Glamour in the last while,” she said.

Every day at a 9am staff meeting, Barry evaluates traffic and engagement. Her most important metric is habit, or returning visitors. She wants to jazz up the newsletters.

“Glamour needs to feel in both print and digital that you are part of a tribe, it’s not behind a [VIP] room,” she says.

At the same time, Barry is out spreading the word with brands — “I haven’t had to pay for a meal in about two months” — which she wants to expand beyond fashion and beauty to more financial institutions, pharmaceutical and automotive companies.

Condé Nast needs Barry’s Glamour to sell with brand partners. “I haven’t been in a job yet that didn’t have audacious revenue goals in that way, that’s not daunting to me,” said Alison Moore, the chief business officer of Condé Nast’s “Beauty Collection,” which includes Glamour, Allure, Brides, Iris and Lenny Letter. She arrived at the company six months ago from Soundcloud, and has experience at NBCUniversal and HBO. Condé Nast does not share revenue numbers, and Moore declined to discuss how Glamour’s print revenue compares to its digital revenue.

Both Barry and Moore are also working to expand the Glamour Women of the Year awards, a speaker series and awards show that Leive turned into a signature brand event, throughout the year. They see more opportunities to bring readers together — and charge tickets accordingly. Barry said she’s also looking to produce more video series and Instagram stories, part of a wider push by Condé Nast into video, which attracts more advertising revenue per view.

“I come from a video-centric background, so it's a comfortable home for me,” she says, adding that the team will also be publishing digital-only covers to highlight upcoming talent.

Barry adds that if her vision for Glamour “doesn’t work, I’ll change it,” she said. “I'm happy that I get 11 [print issues] to play with this year.” She felt her background outside print would make it easier to experiment, especially since Leive’s legacy could cast a long shadow.

“I don't think it would have been a fair thing for them to do — if they had plucked an editor from another women's title and asked them to come in and do Cindi’s job,” says Barry. “This is a pivotal time for publishing, and to be able to come in and experiment and try different things when publishing is going through a lot of changes — I'm not shying away from a challenge.”