Glenda Bailey Steps Down as Editor-in-Chief of Harper's Bazaar

She will remain with Hearst in a full-time position as global consultant for the magazine.

NEW YORK, United States — Another longtime editor-in-chief is stepping down.

Glenda Bailey is leaving her post as editor-in-chief of Harper's Bazaar in the United States after 19 years. She will remain with Hearst in a full-time position as global consultant for the international editions of the fashion magazine. A successor will be hired with Bailey's support, according to a representative for Hearst.

Bailey, whose exit has been the subject of rumours for years, is known for her popularity with designers and advertisers and for orchestrating elaborate photoshoots with the cover subjects. Her magazine teams have also given rise to future editors-in-chief, such as Laura Brown at InStyle and Kristina O'Neill at WSJ. Magazine, both of whom have been speculated as potential successors for Bailey in the past. Stellene Volandes, who has brought new energy to Hearst title Town & Country, could also be an internal candidate. 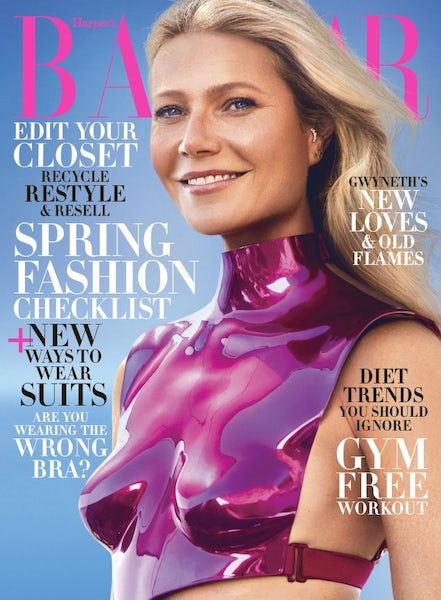 Bailey has led fashion magazines for more than three decades, starting in 1986 when she was hired at the helm of British title Honey just a few years out of college. She then helped launch the British edition of Marie Claire in 1988 as its editor-in-chief, before moving to New York to turn around the American edition in 1996. She then succeeded Katherine Betts at Harper's Bazaar in 2001 when it was struggling to regain an identity after the death of former editor-in-chief Liz Tilberis in 1999.

In her new role as global consultant, Bailey will liaise with Harper's Bazaar's 29 international editions, develop commercial partnerships and work on special content projects for the magazine.

Carine Roitfeld's position as the magazine's global fashion director remains unchanged, according to a representative for Hearst.

Bailey's departure follows a changing of the guard of editors-in-chief at Hearst in recent years, especially since Troy Young became president of the magazines division. Since 2017, long-standing editors have been replaced at Cosmopolitan, Elle, Esquire and Marie Claire. Former chief content officer Joanna Coles also left in 2018. Many of these editor roles have been filled by Hearst editors with digital experience. While other titles have integrated print and digital teams, Bailey does not oversee HarpersBazaar.com, which is led by Executive Editorial Director Joyann King.

As one of the oldest fashion magazines still in publication, Harper's Bazaar is differentiated from its mainstream peers by its wealthier, older audience. About 40 percent of readers are between the ages of 35 and 54 and 55 percent have household incomes of above $150,000.

With an average issue circulation of 767,000, Harper's Bazaar is smaller in reach than Elle, Marie Claire, InStyle and Vogue.