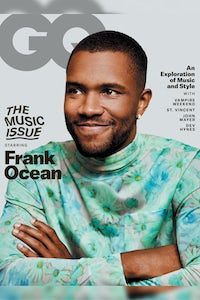 NEW YORK, United States — Once upon a time, being named the editor-in-chief of a Condé Nast magazine came with all the perks – car and driver, clothing allowance and a seemingly unlimited operating budget.

Those days are long gone. But American GQ’s new leader Will Welch, 37, thinks he’s better suited to the current media landscape, one that’s rife with instability, strategy pivots and cost-cutting.

“Whatever it is about my temperament, I’m super into the craziness,” he said from his office at One World Trade, a few days before leaving for Pitti Uomo in Florence, with his first issue in hand. In September, Condé Nast announced he would succeed editor-in-chief Jim Nelson, who had the job for 15 years, in the new year.

“I've come from a background that is scrappy; I like taking risks, I like the challenge,” said Welch. “I can't think of a story that money ever stopped us… [But] you have to do some hardcore problem-solving.”

His frank optimism will be a valuable skill as Welch takes on the task of modernising the men’s fashion title, best known for its commitment to the suit, telling men what to wear and what not to wear, adventurous celebrity profiles and ambitious journalism. Last year, GQ won its first Pulitzer Prize for Rachel Kaadzi Ghansah’s feature about Charleston church shooter Dylann Roof. 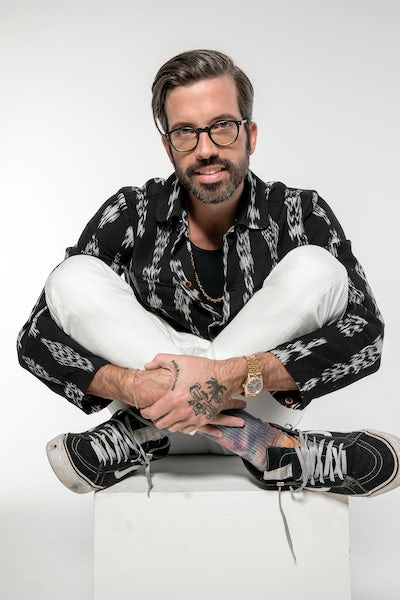 The pressure is on: Condé Nast is trying to return to profitability after several tough years of costly digital investments, high-profile departures and declining print advertising revenue. Part of the plan is focusing on marquee brands, like Vogue and Vanity Fair, with the most potential for new sources of revenue: events, memberships, subscriptions, etc. While GQ isn’t thought to be in crisis, it has lost much of its cultural relevance over recent years. And Condé Nast cut two issues from its print frequency over the last two years; it will publish 10 in 2019.

“I believe that we're in a niche-driven environment.... We have exited the era of general interest being a successful goal,” said Welch. Online, audiences can find large communities of people who share their specific interests, and advertisers can target them more closely than ever before. In this market, media brands trying to appeal to everyone are struggling to get readers to return — or open their wallets.

That’s why Welch wants GQ to tighten its focus, especially in print, which he wants to evolve into something more “elevated, aspirational” and focused on fashion and style. It is starting to take shape in the February issue, a music-themed edition featuring Frank Ocean on the cover in a very of-the-moment green tie dye turtleneck, no suit jacket in sight. Inside, John Mayer opens his vast fashion archive, and Carrie Battan reports on the business of soundcloud rap.

“This idea that GQ has a super clear understanding of the world, understanding of itself and vision of the future and is delivering a very specific, very smart, very fresh thing to an identifiable group of people is much more bankable than like, ‘We're for men!’” he said.

That vision is reflective of Welch’s own taste as seen in the pages GQ Style, the biannual title he relaunched in 2016 as a luxury lifestyle quarterly designed to appeal to men like him — younger, cooler menswear fanatics who are early to the latest streetwear brands and follow the new luxury “drops.”

From an advertising perspective, it filled some of the gap left by the closure in 2015 of Conde Nast’s other slightly edgier men’s magazine, Details. The most recent issue profiled Haider Ackermann as well as the founders of Noah, Awake and Union LA, “three O.G.’s of streetwear.”

For Welch, GQ Style proved that his sense of stylishness can encompass everything from vintage Japanese sports cars to psychedelic Scandinavian sweaters. He sent Brad Pitt into the desert with Ryan McGinley. He featured Tyler, the Creator in colourful luxury separates.

Much has changed in the men’s market since Condé Nast folded Details. “Fashion bros” are loud and proud online. Men are now driving more growth in luxury than women. Online, cult-favourite streetwear and sneaker sites like Hypebeast and Highsnobiety are stealing advertising market share from GQ and Esquire.

What is GQ’s role amidst all this change?

“The reason I'm interested at all in being editor of GQ is [that] we can try to articulate how to move through the world, how to grow up,” said Welch, adding that in surveys, readers often describe the magazine as a cool older brother. “The idea is that we're kind of…moving through the world a few steps ahead, and that our readers can follow and hopefully learn something as they go.”

He said GQ’s commitment to long-form journalism will remain a priority. But when it comes to fashion, Welch wants the title to show more than tell.

This idea that GQ has a super clear understanding of the world...is much more bankable than like, ‘We're for men!’

“Instead of dictating what's good and what's bad from some sort of imaginary mountaintop, if we can be meaningfully participating in a community of people…helping to elevate and tell the stories of the people who we think are doing stuff that is really exciting and that is something to believe in, to me that is a higher calling than, ‘Don’t wear those pants, wear these pants,’” said Welch.

That means all of GQ’s “service journalism” will live only on GQ.com, where it drives 57 percent of traffic through search.

Welch wants GQ.com to become a meeting place for fashion and style enthusiasts, where “people are gathered around our campfire, a conversation that continues to evolve and go places.” One of those places is GQ Live, a conference that debuted in December in Los Angeles with appearances from Ezra Koenig and Jonah Hill.

The website is where he wants to publish long-form journalism that is just as ambitious as what is found in print. “It's not like the money goes into print and everything else has to like scrape by; the money can go wherever we're most excited,” he said. “We find every week, every month that the success or reach of a story does not necessarily correlate with how much you spend on it.”

On social media, Welch wants GQ to become less precious, more raw and more fun. “What can our Instagram feed be other than just like beautiful GQ pictures from the last 10 years?” he said, adding that he wants to update the canon of GQ fashion inspirations. “I don't need to be told it ever again that Steve McQueen and Paul Newman were super stylish.”

GQ Style, which will publish twice in the spring and autumn this year, is the place where Welch wants to go “further down the rabbit hole,” experimenting with photography and fashion too daring for the monthly magazine, but that could find its way into the main GQ in time.

“GQ should just have like a bit broader of a door in, and that still leaves so much room for GQ Style to really explore,” he said. “It's really for people who live and breathe this stuff.”

"Will is a great journalist with a keen sense of style and sure eye for spotting talent in the worlds of fashion and culture," said Condé Nast artistic director and Vogue's editor-in-chief Anna Wintour via email.

Condé Nast’s chief revenue and marketing officer Pam Drucker Mann said February issue revenue is up 122 percent from last year, but declined to give revenue or advertising page data. Not only do advertisers have a track record of responding well to GQ Style, she said, but outside of sports, a stronger focus on fashion is an obvious way for advertisers to reach men with “big pockets.”

Other significant revenue sources include GQ video. Drucker Mann said the title is one of the publisher’s strongest brands on YouTube and it is launching a dedicated video channel on streaming platforms like Apple TV, Roku and Amazon Fire in the second half of 2019. GQ also makes money through GQ Recommends, its fashion and grooming recommendation site.

February, however, is just the beginning, said Welch. “This new iteration of GQ might not be for everyone,” he wrote in his editor’s letter. “Let’s dive in.”