The Forces of Fashion conference is just the beginning of Vogue’s new strategy around selling access, experiences and style directly to readers beyond the pages of its magazine and website. Condé Nast’s premier fashion title is preparing to launch a new membership club, called In Vogue, that will grant Vogue fans entrance to a range of offerings in tiered pricing models, reaching as high as $100,000 per year. The launch is expected in the first quarter of 2019, and will be open to consumers globally but specifically tied to the American edition of the magazine. 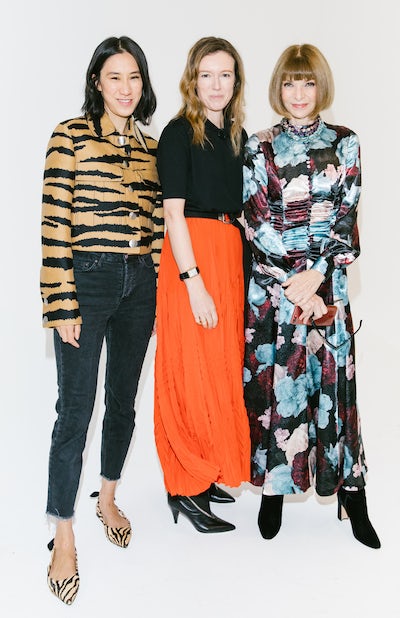 The structure and pricing is still in development, but In Vogue members will have access to exclusive content, advice from the magazine’s editors and be able to attend events — across the country and in Europe during fashion month— that are otherwise rarely open to the public.

W’s fashion director Rickie de Sole (and Vogue’s former Accessories director) is leading the project’s development in a new role as Condé Nast’s head of fashion initiatives, along with Negar Mohammadi, Vogue’s director of brand marketing. De Sole will add this role to her continued duties at W.

To test the concept, Vogue hosted two invitation-only breakfast events — the first in July 2017 for 50 people, the second in April 2018 for 70 — at Vogue’s offices, featuring appearances by Wintour and panel conversations with editors from Vogue and W, including its editor-in-chief Stefano Tonchi, about emerging designers to watch, how magazine issues come together and red carpet beauty.

“We want to be iterative with it and really respond to the consumer,” says Mohammadi. “There’s no denying the Instagram moment in fashion. Can we offer these moments? Everyone is looking for conversation.”

Consumer revenue-driving events and initiatives are a top priority at Condé Nast right now, as the company struggles to pivot its print reliant advertising business model in a competitive digital media and advertising market. Chief executive Bob Sauerberg says he wants half of the publisher’s revenue to come from consumers by 2020, the same year he expects the company to return to profitability. Advertising currently accounts for 70 percent of the total. 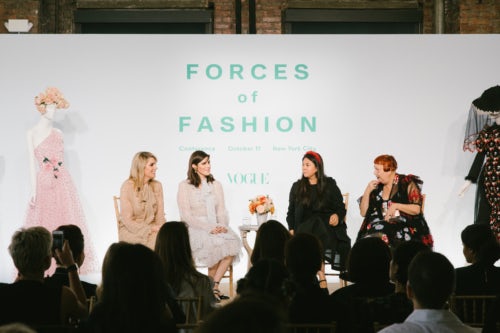 Extending the Vogue brand’s commercial potential will be key to that strategy, and the company sees Forces of Fashion as a sort of proof of concept. While almost half the attendees were students who received discounted tickets through their schools, and some guests received tickets from sponsors and advertisers, a significant portion of the audience paid the $3,000 fee to attend the one-day event. The conference was also sponsored by American Airlines, American Dream and HP, as well as Milk.

“It was an inspiring day,” said attendee Dr. Shirley Madhere, a plastic surgeon who also came to Forces of Fashion last year. She was interested in learning more about all types of art and beauty — including fashion — in order to serve her patients better. “I got perspective, different ideas from different designers… [by] being in the same room with people who think differently.” A longtime Vogue subscriber, she said she felt part of a community at the conference.

She wasn’t immediately interested in the membership, however, an indication that Vogue will have to carefully target prospective members in order to turn the club into a significant revenue source. 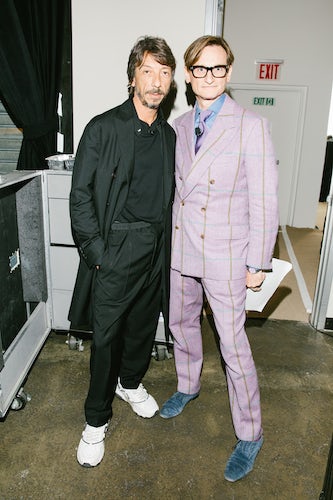 As for the day’s panels, the conversation felt more unified in theme than last year, as speakers explored “forces for change” — the influence of social media on fashion and communication, the important of diversity and representation, the #MeToo movement’s impact on photography and modelling and finding creative inspiration in a crowded digital world.

“It’s really hard as a designer to say everything you want in a first collection… especially when you are trying to evolve what you were before into something different,” Givenchy’s Clare Waight Keller told Instagram’s Eva Chen about making her debut for the house. “I think it was misunderstood, which sometimes shows are, but it’s just a natural process of a designer trying to tread new ground.”

“Now I feel I’m more of a conceptual artist than a photographer,” said Annie Leibovitz in conversation with Jonathan Van Meter, who writes many of Vogue’s cover features. “It’s a prolific time for taking photographs and imagery right now, it doesn’t feel like there’s a weight on a defining image for a person, and I like that a lot.”

Throughout it all, Wintour was watching attentively, standing with her sunglasses on at the side of the galleries — even though her only turn on stage came briefly at the start of the day, she was a constant presence.