NEW YORK, United States — Actress Phoebe Waller-Bridge, the award-winning writer and creator of “Fleabag” and “Killing Eve,” is having the kind of congratulatory year that comes with one of the few remaining media validation moments: the latest cover of American Vogue.

So too is the young man who photographed her, Ethan James Green, who got his start in fashion as a model for the likes of Calvin Klein and Marc Jacobs and has managed to successfully transition from in front of the camera to behind it, all before his 30th birthday. The journey hasn’t been without challenges, including racking up over $150,000 in debt while proving his talent on shoots for small magazines with even tinier budgets.

But Green has also had the benefit of good timing. The early 2018 exit of some of fashion’s most prolific and successful photographers under a cloud of sexual misconduct allegations, including Mario Testino, Patrick Demarchelier and Bruce Weber, created an opening for a new crop of talent to take on the most prestigious shoots and campaigns. 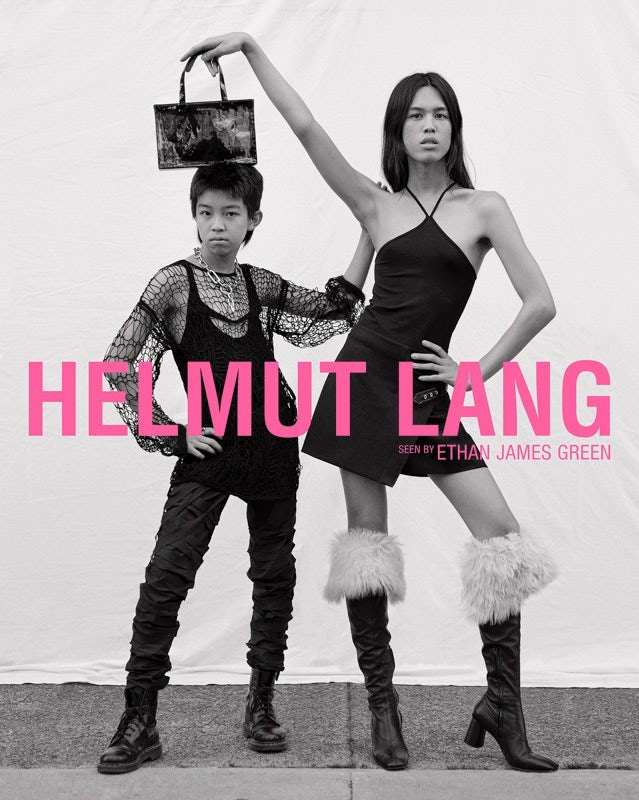 Plus, fashion marketing trends have moved away from the highly produced, high-gloss aesthetic of the early aughts and towards a more realistic and inclusive vision of beauty. Green, whose personal projects typically feature intimate, black-and-white portraits of innately stylish social outsiders and unconventional creatives, is known for capturing the beauty in people who don’t fit that traditional fashion mould.

The industry and its consumers are hungry for that point of view. So Green has been busy, with portraits of Cindy Sherman, her face distorted by her studio magnifying glass, for WSJ. Magazine; of beauty vlogger Jackie Aina, taking a selfie on her plush bed, for Vanity Fair; and of Democratic presidential candidate Pete Buttigieg, tying his signature tie, for Vogue.

Born in 1990 in Michigan, Green came to New York for the first time at age 17 to give modelling a try. While he had been taking pictures for years, the idea of being able to lead such complex shoots like the ones he soon went on to do for Steven Meisel and Mario Sorrenti seemed out of reach. His career took off quickly and he was especially busy in the first years of the 2010s with campaigns for Calvin Klein and editorials in Vogue Italia. But an introduction during that time to photographer David Armstrong, known for his emotional images of social outsiders, changed Green’s life. Armstrong mentored him and encouraged him to take his photography seriously, and by the time Armstrong died in 2014, Green had discovered how he wanted to approach taking pictures.

“When I really dug through his personal work, [I] saw that it was about a relationship with someone who really knew who they were — from their hair to their clothes to how they held themselves,” he said.

An early subject for Green was Hari Nef, the transgender actress and model who would soon become fashion’s obsession (she signed with IMG in 2015, later becoming a face for Gucci). They met for the first time at the downtown club, Up & Down, in 2014. She was then frequently seen on Green’s Instagram feed, where his black-and-white images, always in natural lighting and featuring a new generation of young multi-hyphenate creatives who met online, started to draw an audience. These portraits were published in Green’s first monograph, “Young New York,” by Aperture in April.

"This was before the whole street cast frenzy happened,” said Green. “At first I was shooting for magazines and having to fight to get Hari Nef in a shoot and then, two years later, everyone was like, can you please shoot Hari?”

Agent Jordan Hancock, then of Management and Productions (M.A.P.), an agency that is part of the Great Bowery umbrella, took notice, too. He saw how Green’s images stood out on the crowded feeds of Instagram and Tumblr, signing the photographer in 2016.

This month, Hancock launched a new agency under Great Bowery, Christopher, that will try to help other non-commercial artists use their personal projects to secure work with big brands and publishers. In addition to Green, the talent includes photographers Jack Pierson, Luis Alberto Rodriquez and Nick Sethi and performance and multimedia artist Ryan McNamara. Hancock said he’s hoping to apply lessons from Green’s unusual route to success to other up-and-coming talents. 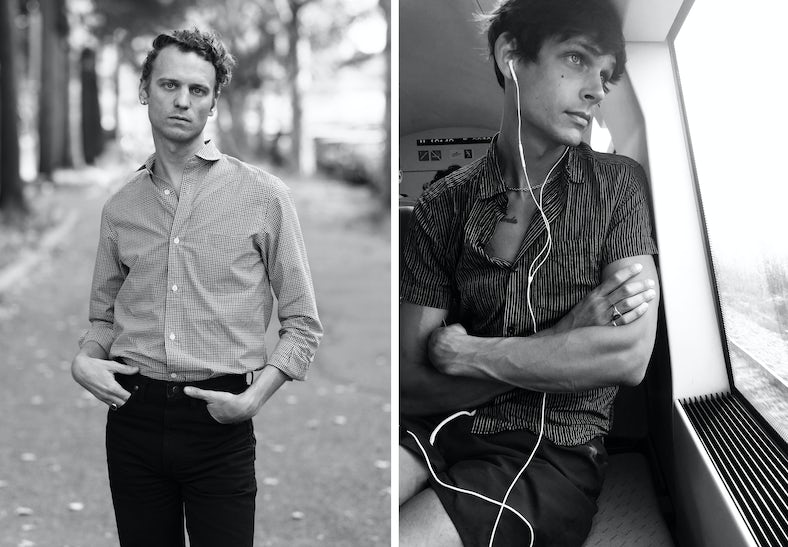 “I understood early on how big and important he could be within this world,” Hancock said. If Jamie Hawkesworth and Harley Weir were part of the first wave that brought real people in all their rawness to fashion photography, Hancock saw Green as part of a second wave: his subjects were outsiders but had an innate sense of style. “He brought in this other wave of … you don't have to get rid of all of the glamour.”

There was an immediate interest in working with Green. He was able to secure meetings with top industry figures on an early trip to London, despite only having about 40 pictures in his portfolio, Hancock said.

Green’s model-ready looks and personality helped, too. “I think we can't ignore the obvious, which is that Ethan is super charming and people want to be around him,” Hancock said.

Some of Green’s first major advertising commissions correlated with his personal work, featuring black-and-white portraits of interesting characters. He and Hancock frequently had influence over casting, even when working with big brand clients like Adidas (Spring/ Summer 2017), Helmut Lang (Autumn/ Winter 2017) and Alexander McQueen (ongoing since 2017).

“I feel like I can be pretty annoying for some casting directors because I have a really big opinion on it and my work has always been so much about who is in the picture,” Green said.

Green and Hancock also held the line on commissions, even as rates for fashion photographers were falling. Brands and publishers now need more content than ever, and are turning to young, unproven creatives to produce that work, or establishing in-house studios, making the agency business model more difficult. Matthew Moneypenny, who has since exited Great Bowery, first established the portfolio of agencies to create more leverage for image-makers in the market.

Hancock said part of his job is to “explain to people why [Green’s work] costs this much.” 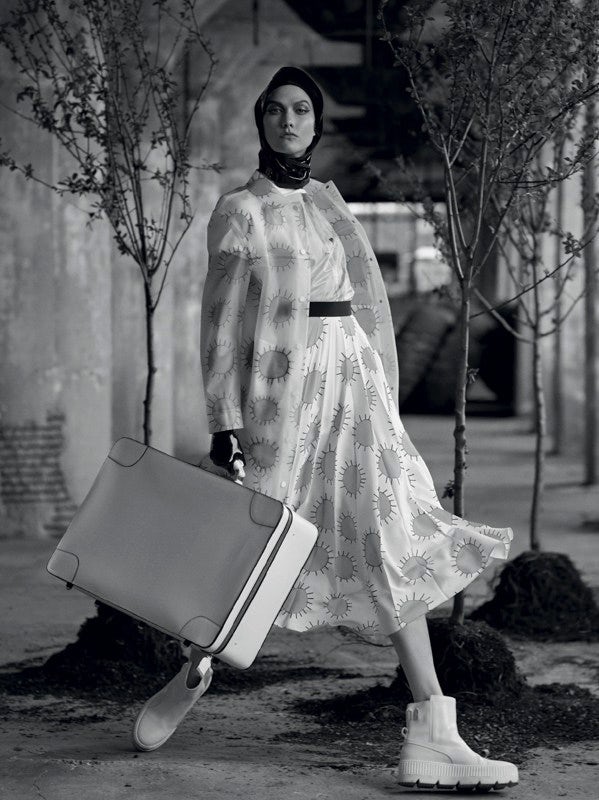 A June 2017 shoot for Vogue Italia starring Karlie Kloss was an early editorial milestone, not only because Green was honoured to take on a project for a magazine so associated with one of his idols, Steven Meisel, but also because he was able to shoot in his preferred black-and-white portrait style. Plus, it was a much larger production in terms of required assets and shots than anything he had done before.

“That, for me, was when I was [thought], I don't think people really know that I want to do work like this too,” said Green. “In this industry, it’s all about, at a certain point, convincing people,” said Hancock.

More magazine work followed. Green’s images have since appeared in Interview, Another Man, Vogue Hommes, L’Uomo Vogue, Self Service, i-D, System, Candy and Arena Homme +, among others. Often magazines provided little or no budget, with the expectation that he as the photographer would cover the cost, which can range from $5,000 to $30,000. Green racked up around $150,000 in debt.

The approach is standard practice in the industry. “People who make tons and tons of money now were in debt for a lot longer than Ethan was,” said Hancock.

But it was an investment that James made in his future knowing it would later pay off once his work was better known. And it has, through advertising campaigns for the likes of Louis Vuitton, Proenza Schouler, Lanvin, Prada, Fendi and Miu Miu.

At the beginning of 2019, however, around when the Aperture book was released, Hancock noticed Green’s personal work was gaining more traction online, in many cases, than his editorials. They decided to direct more time and money toward personal projects that he could share on his personal Instagram account, where they would often gain more exposure than they would have in a magazine.

And since Green’s personal work was “imbued with ‘fashion,’” it still served as a calling card for brands.

At this point, both brands and magazines were on the hunt for new talent. At the beginning of 2018, Condé Nast cut ties with some of Vogue and Vanity Fair’s main contract photographers — Mario Testino, Bruce Weber and Patrick Demarchelier — after they were accused of sexual harassment. Testino alone had shot 37 Vogue covers since the beginning of 2010. Established names like Inez & Vinoodh and Annie Leibovitz became more in demand, but so did new talents — including Tyler Mitchell, who at 23 shot Beyonce for the Vogue September 2018 issue, and now Green. 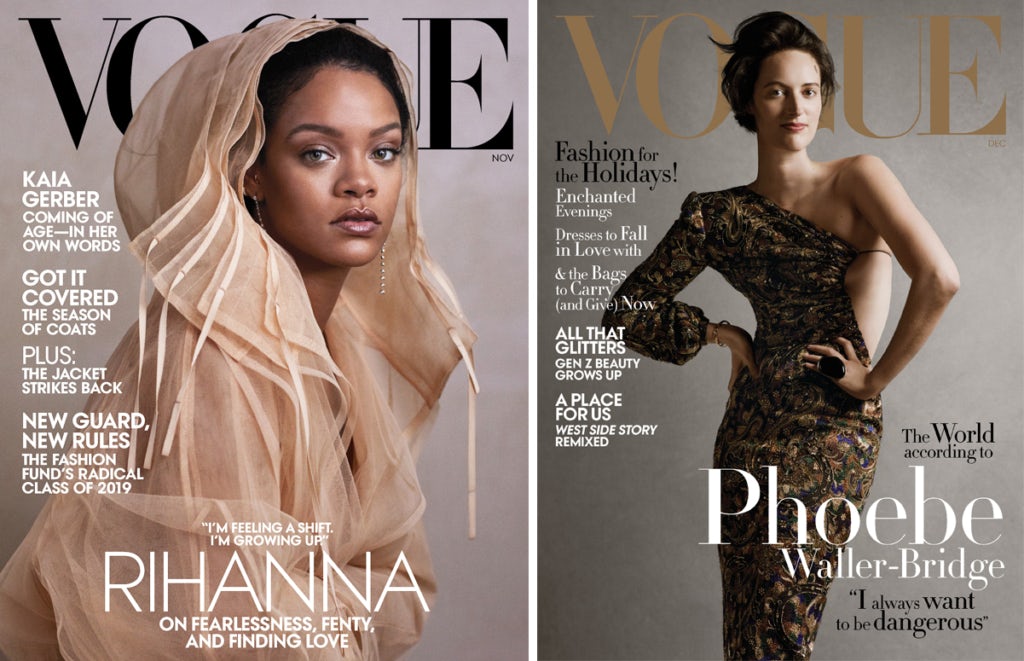 Green didn’t stop shooting for smaller magazines, but he pulled back on the quantity and focused on titles that came with larger budgets, like the covers he took on for Vogue (Rihanna, Phoebe Waller-Bridge), Vanity Fair (Lin Manuel-Miranda, Joaquin Phoenix) and WSJ. Magazine (Cindy Sherman).

Green had never been interested in shooting celebrities, because “real people” were so core to his early work. But he said capturing household names with the same intimacy he brings to portraits of his friends is a worthy challenge.

Recently, Green has been rethinking what it means to be a photographer on his own terms, especially because he said people have been surprised by some of his more recent shoots, which look so different from “Young New York.”

“I think it’s so fun to be able to exist here, or exist there, and be able to go back to the park and shoot black-and-white,” he said. “I’m not a photographer trying to make a living shooting fashion. I originally just wanted to be a fashion photographer.”