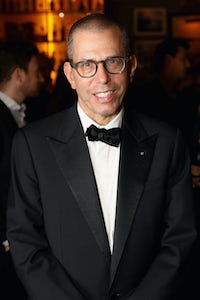 The New York Post reported Monday that Newhouse was rumoured to be moving to New York as presumed successor to Samuel Irving “Si” Newhouse Jr., who died last year. The Post also said artistic director and Vogue editor-in-chief Anna Wintour was exiting the publisher this summer. A representative for Condé Nast also denied that Wintour is planning to leave the company.

Jonathan Newhouse, who lives in London, also said his status at the company is unchanged. He is chairman and chief executive of Condé Nast International and serves on the management board of Condé Nast.

"I am not moving back to New York and I do not plan to do so," said Newhouse in an e-mail to BoF. He added: “I deny the statement that I am succeeding Si as Chairman. There are no plans for me to change my position.”

Speculation about Newhouse's trans-Atlantic move started picking up after Si Newhouse passed away in October. Meanwhile, chatter about Wintour’s exit has swirled since two top Condé Nast editor-in-chiefs announced their departures last autumn: Graydon Carter from Vanity Fair and Cindi Leive from Glamour. But the rumor mill has begun to heat up in recent weeks.

Condé Nast is going through a period of change as it struggles to adapt its print-focused business model to today's digital reality, where Americans spend only 4 percent of their media consumption hours with print, compared to 20 percent on personal computers and 28 percent on mobile, according to Michael J. Wolf, founder and chief executive of technology and strategy consulting firm Activate. In the last two years, the publisher has focused on launching and fostering digital titles led by a new generation of editors — including Teen Vogue’s Phillip Picardi, who launched a new LGBTQ digital media brand, Them, last year.