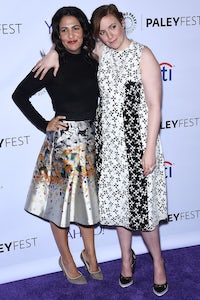 NEW YORK, United States — Lenny Letter, the weekly feminist newsletter founded by Lena Dunham, the actress and creator of HBO’s hit show “Girls,” and Jenni Konner, the show’s producer and Dunham’s creative partner, is leaving one magazine publisher for another. A representative for Condé Nast confirmed a new partnership with Lenny Letter was in the final stages of being inked. A representative for Lenny Letter did not respond to request for comment.

Since October 2015, only a few months after its launch, the twice-weekly newsletter has partnered with Hearst Digital Media. The deal consisted of selling advertising on LennyLetter.com, which was hosted on Hearst’s MediaOS platform, and content distribution across Hearst’s portfolio of sites, which include Elle and Marie Claire. Lenny Letter — which features long-form interviews with the likes of Hillary Clinton, poetry and fiction and tackles everything from abortion to mental illness — has also become a go-to place for celebrity guest writers tackling personal topics. In October 2015, for example, Jennifer Lawrence wrote about Hollywood’s gender pay gap, opening up a mainstream media conversation on the subject.

When it came time to renew the Hearst partnership earlier this year after “Girls” aired its final season of television, the two parties were unable to reach an agreement. A representative for Hearst did not respond to a request for comment, but sources say the media giant found the newsletter less lucrative over time, perhaps due to Dunham’s penchant for controversial and polarizing statements that have earned her both ardent supporters and opponents.

Enter Condé Nast, which will take over the sale of Lenny Letter’s advertising space, a representative for the publisher confirmed.

It has yet to be determined if Lenny Letter content will be distributed across Condé Nast’s brand sites, but the deal, set to take effect in early 2018, could be broader than just ad sales. Dunham, after all, has a history with Condé Nast, having written for both Glamour and The New Yorker in the past. Rumours emerged this week that Dunham is being considered to replace exiting Glamour editor-in-chief Cindi Leive, but that is unlikely, BoF has learned, especially given the new partnership.

Lenny Letter has 500,000 subscribers and a near-50 percent open rate, according to an interview with its editor-in-chief Jessica Grose published in tech publication Magenta in July. The media company also sells branded merchandise and capsule collaborations, produces a podcast "Women of the Hour" with Pineapple Street Media company and launched an imprint named Lenny with Random House in April 2016.

Condé Nast’s relationship with Lenny Letter marks a new type of partnership for the publishing company, which has embarked on several new projects this year, including the publication of Goop’s quarterly magazine and the upcoming launch of Them, a mission-driven, multi-platform, LGBTQ-focused publication created by Teen Vogue’s Phillip Picardi.