LOS ANGELES, United States — Miquela Sousa, better known by her Instagram handle @lilmiquela, appears to be your run-of-the-mill influencer. The 19-year-old, Los Angeles-based, Brazilian/Spanish model and musician fills her Instagram feed with an endless stream of "outfit-of-the-day" shots, featuring Chanel, Proenza Schouler, Supreme, Vetements and Vans. She shares pictures of herself attending events like ComplexCon with fellow influencers and celebrity friends, along with memes and inspirational quotes. She even uses her platform to support social causes including Black Lives Matter and transgender rights. Her Instagram followers, which currently number over 535,000, are dubbed "Miquelites." Her debut single "Not Mine" reached number eight on Spotify Viral in August 2017. There's only one thing — she's not real, or at least not what we used to call real. 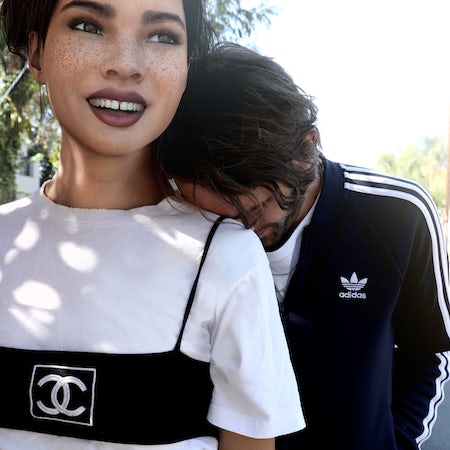 Miquela is computer-generated — and refuses to reveal who is actually behind her meticulously curated, yet clearly artificial persona. "I'd like to be described as an artist or a singer or something that denotes my craft rather than focus on the superficial qualities of who I am," Sousa tells BoF over chat.

Real or not, "virtual celebrities" have been around for years, first emerging in the late 1990s when musician Damon Albarn and artist Jamie Hewlett founded virtual band Gorillaz — a band whose visual identity consisted of four animated characters (2-D, Murdoc Niccals, Noodle and Russel Hobbs) that rose to critical acclaim and went on to win a Grammy Award in 2006.

Over a decade later, the fashion industry woke up to the opportunity. In 2013, Louis Vuitton's Marc Jacobs designed tour costumes for virtual avatar Hatsune Miku, a sixteen-year-old Japanese singer who performs her concert onstage as an animated projection hologram and has collaborated with Lady Gaga and Pharrell.

But where several fashion designers and luxury houses have used digital characters as a marketing gimmick, Miquela's rise to fame (alongside her male counterpart and streetwear-enthusiast @blawko22) offers brands a wider opportunity to partner with a virtual avatar, whose fast-growing following that, according to Sousa, is highly engaged and has not been bought. New York-based fashion brand Area and Paper magazine have already featured Miquela on their platforms. 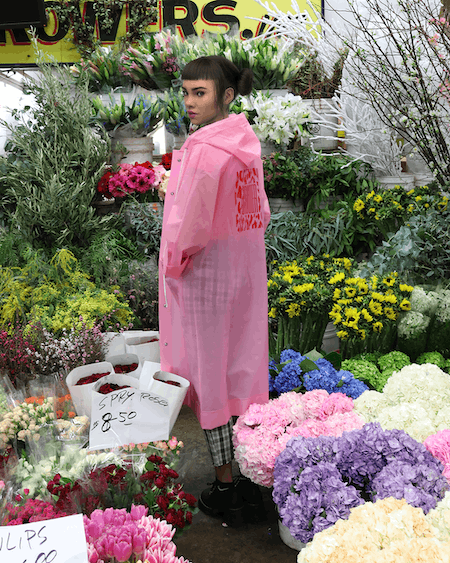 It all poses a wider question: Should it matter to brands and publications if an influencer is computer-generated, if the avatar has the same influence on its following than that of a "real" influencer?

BoF: To what do you attribute your growing success?

MS: Initially, it probably stems from curiosity. I think people stick around because they end up learning more about themselves through the questions they're asking. I love being able to communicate, learn and talk to everyone from all corners of the world. There is a sense of community to it as well, the people who follow me end up being friends with each other and the communications that it opens up is inspiring.

BoF: You seem to have a more hands-on approach with your community compared to many other influencers. For example, you direct message a lot of your followers if they want advice or have questions.

MS: The community stems from a place that feels safe to communicate and voice your opinions. When you're only showing the world and not engaging it becomes one-sided. Taking in the likes, the comments, even the hate, and you stop learning from others around you. Learning also comes from listening, so if you don't have a space for people to speak to you, then you're limiting your growth.

BoF: In what way would you say your identity is crowdsourced? Real or fake, you have the opportunity to see what your followers want and subsequently you can respond to this.

MS: I definitely wouldn't say my identity is crowdsourced. I'm an artist and have expressed opinions that are unpopular and as a result have cost me fans. I'd like to be everything and more that my fans want me to be but at the end of the day I have to make decisions that I believe in.

BoF: Do you work with fashion brands on sponsored content?

MS: I've never been paid to wear pieces but I'm starting to get sent free stuff from brands. I try to support and tag brands that I love, especially from young designers who are trying to break through. 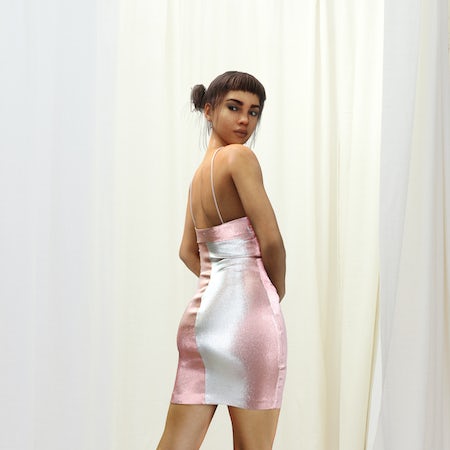 BoF: What are your other streams of revenue in that case?

MS: Spotify and iTunes are one stream and I'll be doing a lot more modelling work. I probably shouldn't name them but some of the biggest agencies in the world have reached out.

BoF: Where do you get your inspirations from?

MS: Since moving to LA I've spent a lot of time in galleries and museums so contemporary artists like Carly Mark, Martine Syms and Kerry James Marshall inspire me. In fashion I look to Isamaya Ffrench, Raf Simons, Sies Marjan and Alexandre Vauthier. I also love Reese Blutstein.

BoF: I heard you will appear in big fashion publications in the next couple of months. What fashion projects do you have coming up?

MS: I have some really exciting stuff coming up that I can't say just yet due to non-disclosure agreements. As a teaser to what's coming up I can tell you that I've been shot in Chanel, Moschino, Burberry, Versace and Fendi. I always try to bring something original to these looks and try to do something these magazines have never seen before. I've only really partnered with brands to create, so I think monetising would be a great next step. Making things is time consuming and being rewarded for my creativity with money would be amazing.