This week, the cover of British Vogue’s September issue — guest-edited by Meghan Markle, the Duchess of Sussex — lit up the internet. It was a major coup for the magazine, which has been revamped by Ghanaian-born stylist Edward Enninful, who became its editor in 2017. British Vogue is certainly not the only publication, nor the only Vogue, that’s been pursuing Meghan. And according to estimates provided by Condé Nast Britain, which publishes British Vogue, the release of the September cover, in the first twenty-four hours alone, generated more than double the entire PR value of last year’s September issue, featuring pop star Rihanna.

To be sure, not all of the publicity has been positive. Meghan, a bi-racial American actress turned royal, has attracted controversy from the moment she began dating Prince Harry, a grandson of the British monarch, Queen Elizabeth II. And since their marriage last May, the Duchess has made waves, attracting champions and detractors alike, for her casual demeanour and penchant for challenging palace protocols, which Enninful describes in his editor’s letter as her “gently modernising manner.” 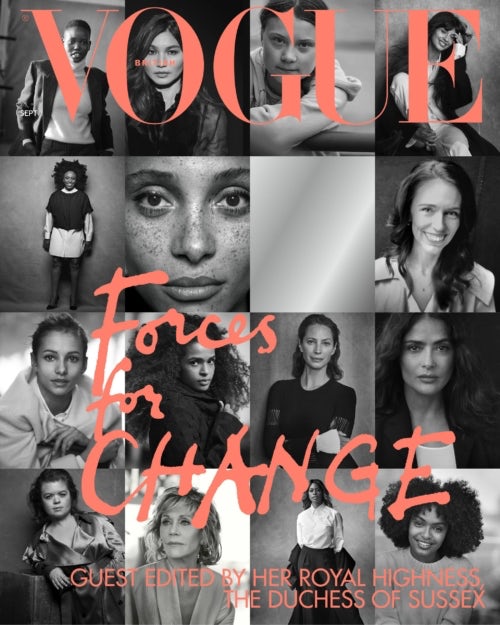 True to form, her British Vogue looks nothing like a typical September issue. After some back-and-forth with Vogue, Meghan declined to appear on the cover herself, saying it would be “boastful.” Instead, the cover features a grid of 15 activist women, lensed in black-and-white by Peter Lindbergh, from 16-year-old climate activist Greta Thunberg to inclusivity advocate Sinéad Burke to New Zealand’s Prime Minister Jacinda Ardern, who attracted global attention for supporting strict gun control laws in the aftermath of the Christchurch mosque shootings.

Not everyone was amused. “The Inspirational Woman Missing from Meghan Markle’s Vomit-Inducing Vogue Front Cover Is the Queen,” screamed a headline in Britain’s populist, pro-monarchy tabloid The Sun. But even the negative press proves the issue worked. Good magazines have always been about reflecting the zeitgeist and sparking conversation. And if the ultimate measure of a magazine cover in the digital age is less about newsstand sales and more about social media mentions, it’s safe to say the tie-up has been a big success for Vogue.

Meghan’s celebrity was no doubt the decisive factor. But in his editor’s letter, Enninful was careful to describe the Duchess as not merely modern, but as having “the hallmarks of a true activist.” And, their choice to run a cover featuring neither herself, nor fashion, but instead “women of varying age, colour, creed, nationality, life experience” selected in the “spirit of inclusivity” — for a September issue no less — speaks volumes about how activism is shaping the zeitgeist.

In recent years, activism has gone mainstream, moving to the centre of the cultural conversation. At the heart of the shift is a new generation of millennials who are forcing politicians, brands, celebrities and others to better define their values and do right by society. The effect has been amplified by growing political polarisation, the rise of social media and the intensification of America’s culture wars.

As the same time, activism has become cool. It’s buzzy. It drives clicks and sells magazines. Emma González, the teenage gun control advocate, who appeared on the cover of Time magazine with a shaven head after surviving a school shooting in Parkland, Florida, last year, is cool. Greta Thunberg is cool. And fashion has enthusiastically jumped on the bandwagon.

There is no doubt that Enninful’s embrace of inclusivity, which has become a hallmark of his British Vogue, is authentic. As a Ghanaian immigrant, he knows first-hand what it’s like to see the world as an outsider, as “the other,” despite his rise to the top echelons of fashion. It’s likely similar for Meghan, and the magazine they created together reflects that.

But fashion’s engagement with activism has often been more superficial, underscoring its trend-driven mindset and overarching concern with surface image over depth. Consider the faux feminist protest that closed Chanel’s Spring/Summer  2015 show or Dior’s feminist sloganeering.

The question becomes: how do we make sure the fashion industry’s current love affair with activism becomes genuine and long-lasting, and not something that’s easily dropped when the next cool thing comes along? 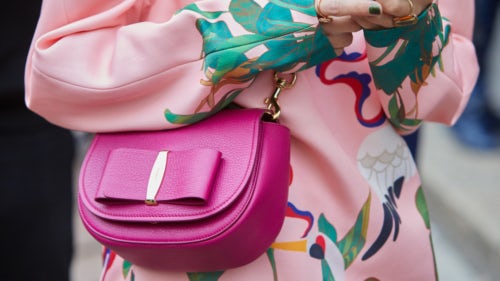 Ferragamo confirms sales recovery in the second quarter. Sales at the Italian luxury group rose for the second quarter in a row in the three months to June. Closely watched like-for-like sales grew 2.6 percent in the second quarter, accelerating from the 2.2 percent rise posted in the first three months of the year — the first increase after ten quarters of falls. Chief Executive Micaela Le Divelec Lemmi, a former Gucci executive appointed at Ferragamo's helm a year ago, has been trying to revamp the leather goods brand by focusing on new products and digital communication.

Ralph Lauren shares jump as quarterly profit beats expectations. Quarterly profit beat expectations and international online sales surged nearly 10 percent last quarter, fuelled by a 22 percent spike in Europe. The brand has been on the comeback, re-invigorating its products, pulling away from off-price channels, reducing inventory, cutting costs and refocusing on its e-commerce business. But it still has more work to do.

Reebok deepens ties with Pyer Moss. The designer Kerby Jean-Raymond is extending his relationship with Reebok and announcing a new platform for innovative, fashion-forward projects that the sports brand will hopefully bring more relevance to its product offering. The previous collaboration became one of the brand’s most important fashion deals of the last two years. The Adidas-owned brand is also setting up a new creative division that Jean-Raymond will lead as artistic director.

Mark Cross is launching resale, in a rare move for a luxury brand. Starting this fall, consumers can bring in their pre-owned handbags to be authenticated and then sell them for cash or store credit. The products will then be sold on a new vintage storefront on the company’s website. Mark Cross is one of the first luxury labels to offer secondhand products to its consumers. Resale is a part of new CEO Ulrik Garde Due’s plan to appeal to more consumers, a strategy that includes offering items at lower prices and opening stores.

Escalating Hong Kong protests take a toll on shops. Months of increasingly violent protests in Hong Kong are taking a growing toll on the city's economy, weighing on confidence and scaring away tourists. The main retail association has warned members to expect a double-digit drop in sales in July and August. Hong Kong's Federation of Trade Unions said hotel occupancy rates fell 20 percent in June year-on-year, and probably 40 percent in July.

Hugo Boss pares outlook due to challenges in US market. The suit-maker said full-year sales and profit will be at the lower end of its guidance range as it struggles to sell its clothes in the US. Revenue in the second quarter declined by 5 percent in the US as the brand cited weak sales to tourists and a high level of discounting by apparel retailers. Shares fell as much as 3.8 percent in early Frankfurt trading, their biggest intraday decline in two months.

Next shares hit highest in a year after results defy UK retail gloom. The British retailer raised its outlook after marking down less stock than before in its popular end-of-season sale and saw stronger demand in July for newer ranges. Next saw a surprise four percent rise in full-price sales, helping drive its shares to their highest in a year. Next, which vies with rivals including Marks & Spencer for the position of Britain's top clothing retailer, had predicted a 0.5 percent fall in full-price sales.

Nordstrom shares jump as founding family seeks to boost stake. Shares surged 11 percent — the most in nearly a year — following a report that members of the founding family are in talks to increase their stake in the retail chain. A family-led buyout offer of $50 a share was rejected last year, with independent directors saying the price was too low. The stock has now lost almost a third of its value this year, making it more attractive to the family. 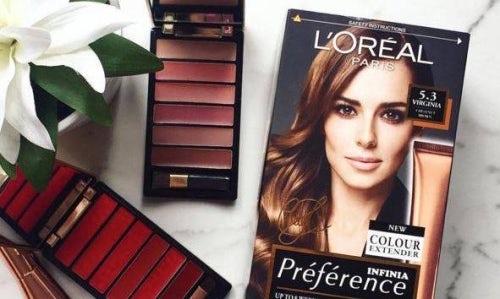 L'Oréal's North American sales falter. The company posted weaker than expected second-quarter sales growth, with like-for-like revenue falling in North America as demand for make-up slows. L'Oréal, like rivals such as Estée Lauder, continues to benefit from strong demand across Asia, now its biggest market. Other regions, meanwhile, are proving more problematic. The French group's performance in North America deteriorated in the quarter after a bumpy start to the year, with comparable sales down 1.1 percent. Overall, the French cosmetics group reported a 9.8 percent sales increase to €7.26 billion ($8.1 billion) for the quarter.

Avon revenue falls short as sales representatives drop out. The London-based company missed estimates for quarterly revenue as it had fewer representatives to sell its products in some of its main markets, with Europe, Middle East and Africa seeing the worst dip in sales. In a bid to turn itself around, the 133-year-old company has been trying to reboot its direct selling business model operations under the "Open up Avon" initiative, which involves training and retaining its sales representatives popularly called "Avon Ladies." 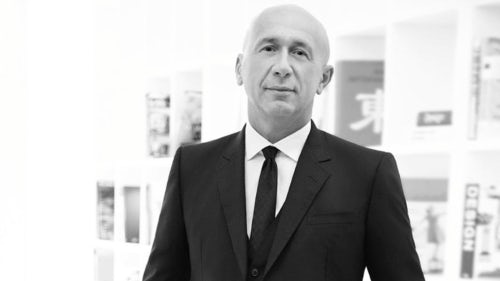 Zalando lifts profit forecast as site visits soar. Europe's biggest online-only fashion retailer raised its full-year profit outlook after reporting the number of visits to its site jumped by more than a third, and the number of active customers rose 15 percent to 28.3 million. Zalando has seen its profitability squeezed recently as it has invested heavily in logistics and technology to speed delivery and as average order size has fallen — a trend it has sought to counter through a range of measures.

Shopify boosts outlook on strong sales performance. The Canadian e-commerce company reported second-quarter sales that beat analyst estimates and gave a more optimistic full-year outlook. Revenue grew 48 percent to $362 million, while analysts were projecting $350.5 million. The stock climbed as much as 10 percent to a record $350 in New York Thursday morning. Canada’s biggest technology company by market value, Shopify has been a darling among investors who have rewarded the company’s fast-growing sales and recent innovations in online checkout products.