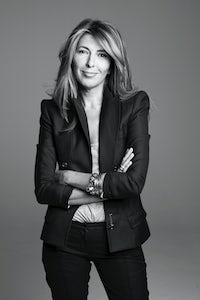 NEW YORK, United States — Nina Garcia will be the new editor-in-chief of Elle. Hearst made the announcement on Tuesday after Robbie Myers announced her departure in an e-mail to staff on Monday. Myers is leaving after 17 years at the title.

Garcia, 50, who is currently the creative director at Hearst's Marie Claire, will take over on September 18 and report to Joanna Coles, chief content officer at Hearst Magazines.

“Nina embodies all the qualities of a modern editor-in-chief,” said David Carey, president of Hearst Magazines, in a statement. “She’s an important authority in fashion, respected by her peers for her personal style, her ability to spot talent and her deep relationships across the industry. She’s also known to millions around the world for her role on 'Project Runway' and the dynamic, behind-the-scenes life she shares with 4.5 million engaged followers on social media.” 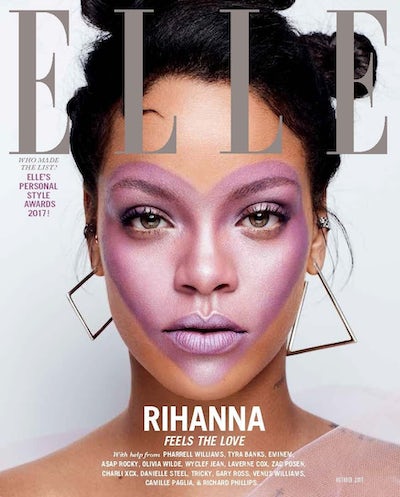 Indeed, Elle’s new leader has a high profile in popular culture, largely thanks to her stint on "Project Runway," where she has been a judge since it launched in 2004; she now counts over 400,000 followers on Instagram. As fashion magazines continue to struggle in print, it has become increasingly important for editors to reach audiences through large followings on social media. Recent examples include InStyle's editor-in-chief Laura Brown and Teen Vogue's Elaine Welteroth, each with over 130,000 followers on Instagram. And not even Garcia tops British Vogue's new leader, Edward Enninful, with nearly 600,000 followers.

“She understands the multiplatform world and embraced it early on, becoming one of fashion’s first social media influencers with the largest following of any editor-in-chief,” said Coles in a statement. “Nina is a force of personality, and she’ll bring her energy, her unique sensibility and style to Elle, a brand she knows so well.”

Nina’s deep experience on the visual side of magazine-making is a significant difference between her and Myers, who brought an intellectual rigour to Elle’s coverage of women’s issues. In March 2016, Elle debuted a bolder, cleaner visual identity and larger trim size to emphasize the premium nature of the print product, and in May 2017, Myers hired Ruba Abu-Nimah as Elle’s creative director, succeeding Alex Gonzalez.

“Elle is close to my heart, and this is a very special homecoming,” said Garcia in a statement. “This is Elle’s moment to be out in front, inspiring and informing readers in every area. Fashion and beauty are at Elle’s core, as are culture, politics, health and new media.”

2017 has brought a lot of changes to Elle already: Fashion news editor Anne Slowey stepped down in January after 18 years at the title (she remains a contributing writer). Accessories director Maria Duenas Jacobs also departed in June, when The Cut’s Véronique Hyland joined as director of fashion features.