Known for his work transforming Teen Vogue, the editor is taking a break from media amid ongoing financial challenges at LGBTQIA+ parent company Pride Media.

NEW YORK, United States — Out Editor-in-Chief Phillip Picardi said Wednesday he is leaving the LGBTQ+ magazine, which has struggled financially.

At Out, Picardi brought a stronger sense of style and a less-masculine approach, efforts that many hoped would return the title to its heyday.

In a pre-internet era, Out was one of the only magazines about queer culture available on a mass-market level. But though the publication still has strong name recognition with its intended audience, stories about LGBTQ+ issues and personalities are increasingly found in mainstream publications and online. 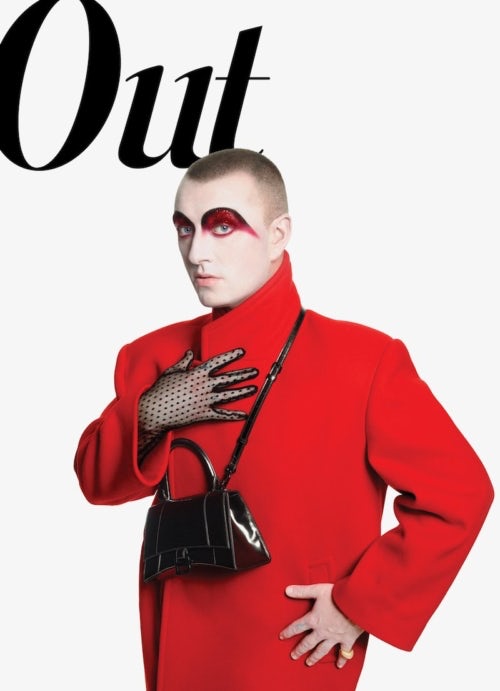 It didn’t help that the magazine’s financial woes have made headlines throughout 2019, as old debts remained unresolved and new hires had trouble getting paid. In February, more than 40 writers, editors and photographers complained on Medium they had not been paid for completed assignments. At one point, it was reported that Picardi threatened to quit if vendors were not paid. Some of those invoices have since been paid off. Chief Executive Nathan Coyle left in April, and Pride Media cut salaries and laid off staff members throughout this year.

The magazine is owned by Pride Media, which also operates The Advocate and other queer publications. That holding company was acquired in 2017 by Oreva Capital, a Los Angeles-based private equity firm whose founder, Adam Levin, also owns the parent of cannabis magazine High Times.

Oreva hired Picardi from Condé Nast in September 2018, where he brought a political bent to Teen Vogue and launched Them, a digital LGBTQ publication that marked the company’s first entirely new brand in a decade.

However, in May, multiple outlets reported that Picardi threatened to quit if staffers, many of whom were on freelance contracts, were not paid. Picardi isn’t the only leader leaving Pride Media. Chief Executive Orlando Reece and The Advocate’s Editor-in-Chief Zach Stafford are also due to exit the company imminently, according to Women’s Wear Daily, which also reported that a deal for additional investment was reached but fell through, and that the publication may not continue to operate next year.

Reece and Stafford did not respond to requests for comment.

“There was a sense of optimism that quickly eroded,” said Evan Ross Katz, a writer who was employed by Out for three months on a full-time freelance basis at the beginning of 2019. He never received a paycheck while employed for the magazine, but received his salary with the help of a lawyer after he left. “This idea that this was a problem that [Oreva was] handed over is partially true, but it continued under their leadership.”

Levin did not immediately respond to a request for comment.

Picardi is taking a break from magazines and media, and will announce some new projects, already under development, in January. He is also signing with an agency and will work on cultural consulting and editorial direction on a freelance basis.

“This has been the most rewarding work of my entire life period,” Picardi told BoF. “Learning how to do things at a different budget level, that are catering to and for a community, has been a very transformative experience for me.”

He added that queer outlets like Out and The Advocate are especially vital ahead of the 2020 election, where LGBTQ+ rights are under threat.

But for now, he said he wants to find a career outside the often tumultuous business of media, where budget cuts and traffic goals frustrate editors across the industry as advertising revenue decreases.

“The role of the editor is getting more and more complex, and there are more things demanded from editors in this modern media landscape,” Picardi said. “I still value and love the media and the press, and I am sure that I will end up in the world in some capacity but right now.. [I want to] refocus on what makes me happy.”