Self Service's Video Issue: A Way Forward For Fashion Media?

The decline in print advertising is squeezing traditional fashion magazines. But brands’ hunger for video content could spell opportunity. Editor and creative director Ezra Petronio tells BoF how Self Service is adapting.

PARIS, France — It's no secret the coronavirus crisis has put fashion advertising budgets under extreme pressure, particularly for print. And with foot traffic still in steep decline at the niche bookstores, newsstands and museum shops where independent fashion magazines are sold, those titles are taking a heavy hit.

So what can a print magazine do to engage readers in an age where consumers are gorging on bite-sized videos on platforms like Instagram and TikTok rather than leafing through hefty bi-annual tomes? And how can they entice advertisers to maintain their support?

Self Service Founder Ezra Petronio is betting on a new video magazine format. Alongside his autumn print edition, the editor, creative director and photographer is releasing for the first time a one-hour film in which the issue's photos, interviews and advertisements have all been swapped out for short video clips or augmented with animations and voice recordings.

In a preview, an editorial lensed by Mert and Marcus is augmented with animations, video snippets and music from a soundtrack curated by Pedro Winter. Rather than tapping a traditional photographer for a shoot that was styled by Katie Grand, music video directors Steve Mackey and Douglas Hart directed the live-motion editorial.

"I've been thinking about expanding what a magazine can be," Petronio said in a phone interview from the country house near Paris where he keeps a second office since the pandemic hit. "A magazine is about mixing words and images to express an idea. So, why not add motion, sound-bites and music?" 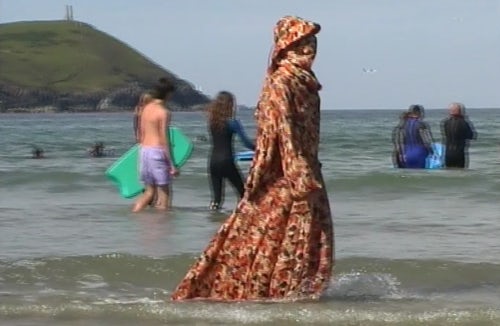 An advertorial shoot for Kenzo in Self Service | Source: Courtesy

It’s a way for the magazine to reach consumers digitally and could help the title meet the demands of advertisers who are less motivated than ever by print ads and editorial placements, but who are increasingly turning to magazines to help them produce content for their own channels. Editors like Petronio often work as stylists, creative directors or consultants to fashion companies alongside their magazine work — with their issues serving as aesthetic calling cards — and clients are thirstier than ever for those who are able to deliver video.

Spending on print advertising fell 32.2 percent from January to August compared to the same period last year, according to media monitoring service DMR, which expects the drop to worsen to around 50 percent for the full year.

But even with marketing budgets slashed as fashion sales struggle to recover from the coronavirus crisis, brands remain hungry for snackable content, particularly videos, to feed their audiences across social media platforms. Advertisers including Dior, Chloé, Kenzo and Bottega Veneta all bought media packages that will give them access to content from Self Service's first video issue for their use in their own channels.

"If we're going to have to do more advertorial content, then the best thing to do is to embrace it, and make sure it's really creative," Petronio said.

Even if advertorial content is more important than ever, Petronio feels the new approach is more transparent for readers than fashion media's traditional dance with advertisers, in which many brands tacitly expect (or even demand) visibility in editorial content proportional to their advertising spend. 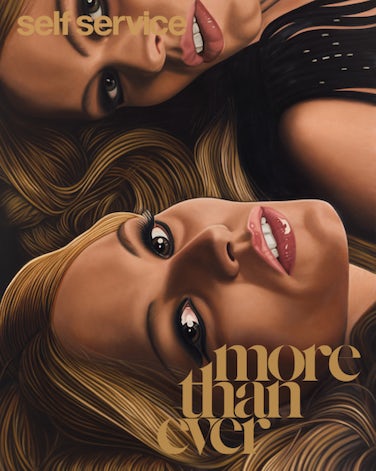 A cover for Self Service no. 53

Petronio isn't the first editor to open up since the coronavirus crisis about the importance of brand content to their bottom line. When LOVE magazine's founding editor Katie Grand left to start a new project, The Perfect Magazine, she said it would be less of a magazine than a "brand content agency." One of her first moves was to bring on influencer Bryanboy as a key voice.

"It's a fine line — if an independent magazine becomes only paid content that defies the purpose. At the same time, we can't survive without those relationships," Petronio said.

To boost the presence of small brands who can't afford to advertise in the issue, Self Service partnered with Rei Kawakubo and Adrian Joffe's Dover Street Market to provide financial support for a feature on young brands like Marine Serre and Doublet.

Founded in 1994, Self Service has remained a key reference for the fashion industry despite its niche readership and nearly $50 price tag, showcasing industry figures like stylist Marie Chaix, photographer Alasdair McLellan and designer Nicolas Ghesquiere.

Self Service's first video issue is free to watch on YouTube, but the title might switch to a video-on-demand model this spring depending on the response.

Petronio is also exploring options to enhance the interactive quality of the project going forward: Interest is subjective, and so part of the joy of reading a magazine is being able to flip through some pages quickly and examine others at length. An interactive platform could better stimulate readers who want to digest the magazine at their own pace.

Coronavirus is Rewiring the Relationship Between Brands and Media