NEW YORK, United States —  Since premiering in 2004, “Project Runway” has been the dominant fashion design reality competition show, which drew more than 4 million viewers in its early days on Lifetime. But even when it regularly drew three million viewers, it always had a huge problem. Aside from current “Project Runway” judge Christian Siriano, who went on to achieve an impressive level of commercial success, its designers have failed to “make it” in an industry always on the lookout for America’s next great fashion label.

But thanks to television’s streaming revolution, a slew of new fashion design competition shows aim to do exactly that by offering consumers the ability to buy the winning clothes. “Next in Fashion,” hosted by fashion insider Alexa Chung and “Queer Eye” star Tan France is now streaming on Netflix, offers the winner the chance to sell their clothes on Net-a-Porter. There’s also “Making the Cut” on Amazon Prime, hosted by Heidi Klum and Tim Gunn, which premieres on March 27 and offers contestants the opportunity to sell their clothes on Amazon.

While these shows make for highly entertaining television, it’s hard to imagine they’ll mint a new generation of fashion week headliners. This has less to do with these specific productions than the existing obstacles that make becoming the next big thing in fashion so difficult. Talent and even exposure often aren't enough. Zac Posen, a critical darling whose label had seemingly every necessary mark of support — endorsement from American Vogue, high-profile red carpet appearances, and publicity through his six-year judging gig on “Project Runway” — finally closed his label for good last year. Even Siriano, though known as one of the top red-carpet designers, regularly takes on collaborations with non-high fashion entities like HSN, Sam's Club, and J. Jill (which, in addition to obvious financial appeal, have probably bolstered his brand's image as one of inclusivity). Unfortunately, the flash-in-the-pan exposure these shows offer just isn’t enough to vault an aspiring designer to massive commercial success. And selling a winning designer’s merchandise online probably isn’t going to change that much. 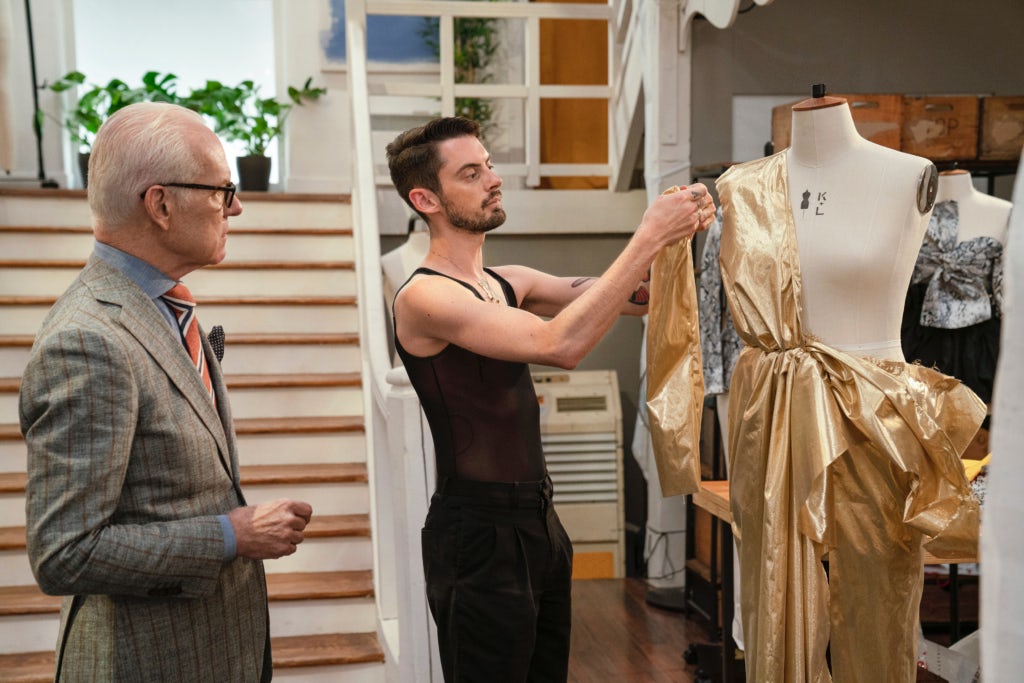 Both shows aim to correct the flawed formula that has prevented “Project Runway” — which rebooted last year on cable television channel Bravo with a new judging panel including designer Brandon Maxwell and supermodel Karlie Kloss — from turning all but one of its 18 winning contestants into bona fide fashion stars. Judges scrutinise contestants’ abilities to become viable businesses as much as their talent as designers. Producers also made efforts to cast people with some initial success in the industry, be it designing their own labels or working in prominent roles for others, like Rocawear — experience that is essential if they’re going to become successful after the show ends. “Making the Cut” even provides contestants with professional seamstresses because, as Gunn says, this is a design contest, not a sewing competition.

Netflix created “Next in Fashion" as part of a broad slate of unscripted programming, seeing it as “an opportunity to gauge the fashion enthusiasm of fans,” said Brandon Riegg, who runs unscripted originals for Netflix. Fashion has the added benefit of appealing to a large international audience, so it’s useful for Netflix to know if it can become one of their tentpole subjects, opening the programming slate up to a whole new batch of cheap-to-produce shows. If Netflix can actually sell merchandise, that could present an additional (though in all likelihood, small) revenue stream. (Netflix and Net-a-Porter did not comment on the specifics of their business relationship.) Developing a reputation for launching designers’ careers would only make Netflix’s fashion programming more popular.

For Amazon, which wants Prime to rival Netflix in streaming video, the stakes are higher. The company has been trying for many years to become a destination for high-margin luxury purchases, and the star power and production values of “Making the Cut” would seem to aid in securing Amazon’s foothold in the industry that has long eluded it. Klum and Gunn remain adored by fans and have become something of an institution unto themselves. Their show’s designers get to travel to Paris, show in front of the Eiffel Tower, and work out of an atelier, but are free to wander the city for inspiration. And the impressive judging panel includes well-regarded industry insiders, including Editor Carine Roitfeld, Designer Joseph Altuzarra and Model Naomi Campbell. Reality television star Nicole Richie, drawing from her experience running House of Harlow, sits alongside them to offer valuable commentary on what sells to a young female customer.

This isn’t Amazon’s first experience with fashion competition shows. In 2016, Amazon streamed the third season of “The Fashion Fund,” which documented the CFDA/Vogue Fashion Fund winner selection process. Along with the show, Amazon sold contestants' merchandise in a dedicated store. 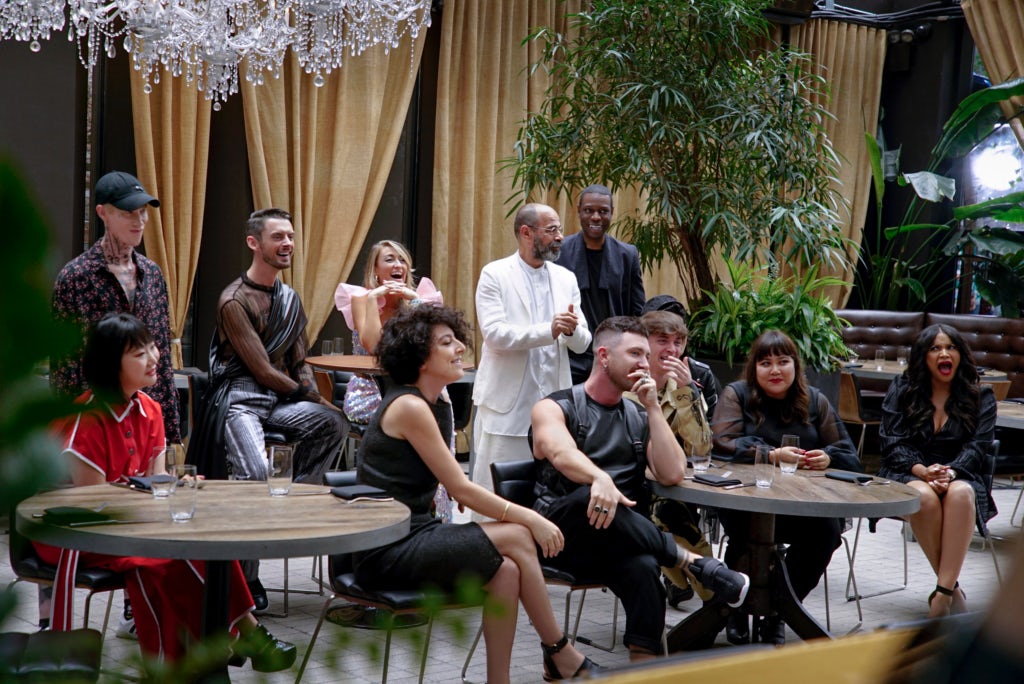 In general, Amazon itself has struggled to become a fashion shopping destination that could rival Net-a-Porter. (While it has owned multi-brand fashion retailer Shopbop since 2006, Shopbop mostly sells mid-priced product. Its attempts in the early 2010s to go further upmarket did not resonate.) The company also launched My Habit in 2011 amidst the boom of Gilt-inspired flash sale sites, only to close it in 2016. That same year, Amazon launched Style Code Live, a live streaming daily talk show designed to show off Amazon’s fashion offerings. That was canceled after just 15 months. Amazon Chief Executive Jeff Bezos has recently been seen having lunch with Anna Wintour, building on a long relationship that included his co-chairmanship of the Met Gala in 2012 (he appeared on the pink carpet at the camp-themed party last year). Amazon also has a history of problems with counterfeit merchandise being sold in its marketplace, which doesn’t help boost its appeal to the luxury sector.

Using television shows to sell fashion merchandise outside of channels like QVC has also been historically difficult. NBC tried with “Fashion Star,” where Jessica Simpson, John Varvatos, and Richie served as mentors, and judges were buyers from places like Macy’s and H&M. Judges “bid” on designs they liked, and their respective stores then sold the merchandise the day after the episode aired. However, the average fashion follower probably couldn’t name a single contestant from that show, which NBC canceled after two seasons.

Existing fans of “Project Runway” — or just those who were fans of Klum and Gunn’s version — will probably enjoy these new shows. (I confess, I have a slight preference for “Making the Cut” because I love Gunn's professorial feedback on the contestants' work and the authoritative commentary of the entire judging panel.) But it’s hard to imagine either show will change who gets to become the next Altuzarra. A large audience is unlikely to feel willing to impulse buy an expensive piece of apparel after seeing it on an episode of a TV show. Successful fashion labels have, for decades, required sustained, multi-pronged marketing efforts and endorsement through traditional channels (there’s a reason for Bezos to befriend Wintour). Building these brands doesn’t usually happen in the same amount of time it takes for a season of a streaming television show to run its course.

While a show can help get a label started (“Next in Fashion” awarded the winner $250,000, while “Making the Cut” awards $1 million), it’s still not enough to turn one into a sustained success with household name status, whether the designer gets to sell some of their clothes in an online store or not.