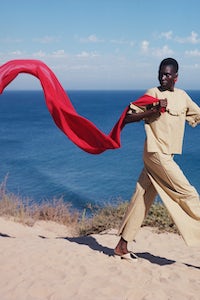 LOS ANGELES, United States — In the year since Donald Trump’s election, many magazines and publications that once avoided taking strong positions on any controversial subject are now continually covering
progressive movements, from Time’s Up to workplace diversity and representation across race and gender.

In this era of inclusion, faces that readers see on their feeds and on the newsstand are more varied than they were in the past — see Vogue UK's emerging models issue and Vanity Fair's Lena Waithe cover for May. And yet, women of colour remain underrepresented behind the scenes in mainstream media. A fall 2017 American Society of News Editors survey revealed that women made up almost 40 percent of all newsroom employees in 2017, while minority journalists made up almost 17 percent.

Throughout her own career — writing and creating content for the likes of Nasty Gal, Vogue India, Alice + Olivia, MAC Cosmetics and Sony Music — Los Angeles-based Zarna Surti was aware of the problem. “A lot of women of colour were being overlooked, they were being excluded from a lot of paid positions especially,” she says. “I wanted to figure out a way for these women to be on the forefront.” 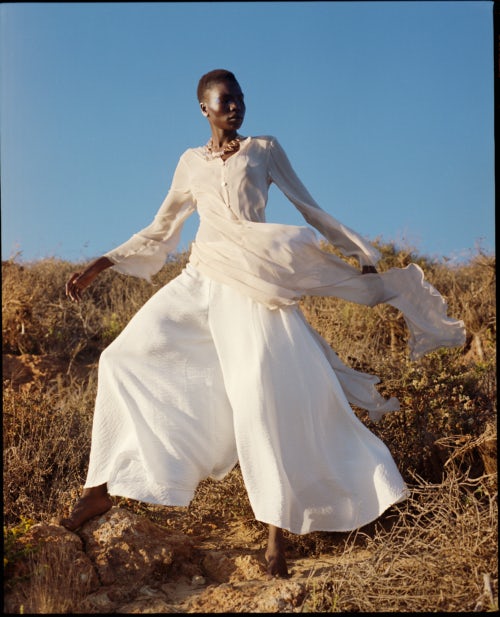 So almost two years ago, Surti decided to start a new print publication that celebrates women of colour, hoping to create something less fleeting than digital media. The first edition of Tonal Journal — it has a linen hardcover and is more akin to a coffee table book than a magazine — launches April 6 and contains 288 pages of essays and editorials from over 60 contributors, many of whom have collaborated with Surti on other projects. Art director Esther Choi, for example, worked with Surti at Nasty Gal.

Others are writers, stylists and photographers who use their work to address identity and social justice, such as writer Amirah Mercer, who profiled Jocelyn Cooper, the founder of Afropunk, a music festival in New York, Atlanta and Paris. The fashion edit focuses on independent, Los Angeles-based brands such as Toit Volant and Sonia Boyajian.

Each issue, set to be published about twice a year, will be based on a different colour tone that creates a thematic structure. The first tone is nude, but not the often whitewashed "one size fits all" skin tone that has alienated women in fashion and beauty for decades. It is an exploration of all kinds of skin tones through personal stories of activism, family histories, identity and immigration. “The election really fueled us,” says Surti.

The journal is self-funded by Surti, who left her full-time agency job in June 2017, the same month she formally launched a new creative agency, Tonal Studios. Surti’s services include content and creative direction for women and minority-owned businesses that share similar values to her own. Projects have included album launches and mobile apps for celebrity-based projects.

But the publication itself is a passion project for Surti and her network of collaborators. “Tonal Journal is meant to be our voice; a platform that can become a community and a place to see what we are all about,” says Surti.

Tonal Journal’s first issue has no advertisements, in what Surti describes as a “conscious decision” to clearly establish the publication’s identity. In the future, she wants to work with brands on non-traditional advertising, such as events, podcasts, playlists, branded content and even augmented or virtual reality products. Such partnerships are increasingly important to media companies of all sizes. “We will never do just straight up ads,” she says. “How can we really push it?”

For now, Surti wants audiences of all genders, ages and backgrounds to find something compelling about the debut issue of Tonal Journal. “This is the perfect time to launch something like this."