The architect of the division's digital media strategy will succeed David Carey, who announced his forthcoming departure in June. 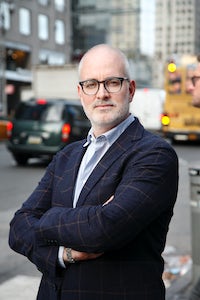 The architect of the division's digital media strategy will succeed David Carey, who announced his forthcoming departure in June.

The news comes one month after Carey announced that he was stepping down at the end of 2018 after eight years at the privately-held media company. The Hearst division publishes Cosmopolitan, Elle and Harper’s Bazaar, among many other titles. Young's promotion was expected both inside and outside the company.

Carey hired Young in 2013 to boost Hearst Magazines' digital business by rethinking its approach to content, platform and monetisation. He pivoted the division's focus from "months to moments" and reimagined Hearst's digital portfolio as a multi-brand ecosystem.

Specifically, Young established digital teams for each media brand that operate independently from the print publications and publish content on a proprietary content management system, MediaOS, that encourages content and data sharing across titles that were once deeply fragmented by brand and geography.

The results of his efforts were clear. When Young first arrived at Hearst, the company's portfolio of more than 20 online brands attracted 63 million online unique visitors. Today, 5 years later, the company attracts 108 million visitors each month and digital now accounts for one-third of the magazine division's revenue.

“Troy has done an outstanding job building our world-class digital business,” said Hearst president and chief executive Steven R. Swartz in the internal e-mail. “He brings great skill and enthusiasm to this new challenge, leading our global magazine brands, in print and digital form, to ever higher levels of editorial and commercial excellence.”

“Hearst Magazines is an extraordinary content company, well-positioned to thrive in today’s media ecosystem,” Young said in the e-mail. “Our powerful brands are part of consumers’ daily lives on every medium, from print to voice to video, and we’re serving consumers and marketers with increasing engagement and precision across platforms."

In recent years, Young has also overseen the launch of new digital brands. In 2017, Hearst Magazines partnered with Carine Roitfeld's CRFashionBook to host its website and oversee distribution and digital advertising. It also launched a website for the producer, writer and director Shonda Rhimes's production company, Shondaland.

"I think the way we work between digital and print in this next chapter will change," Young told BoF in October reflecting on his five-year anniversary at the company. He said he expected the divisions to become "more complementary" without compromising the structure he has already built.

"There were so many pieces to our business that are changing all the time, whether that's what advertisers expect or how we map the landscape of distribution, as well as new entrants into the market," he continued. "It is a really dynamic business and it feels like you're never really done — you're always figuring out what the next thing is."