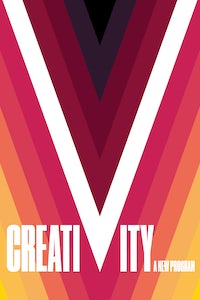 CreatiVity will accept submissions from Wednesday April 8, allowing aspiring musicians to send in tracks, films and other pieces of work for review. V will then spotlight the most promising talents in weekly profiles every Friday, starting April 10. There are also plans to extend the programme throughout 2020 to include stylists, hairdressers and makeup artists.

“The sky's the limit when it comes to talent out there,” Editor-in-Chief Stephen Gan told BoF in an exclusive interview. “People feel trapped right now. They feel like they have limited resources. But I do believe that there's this huge amount of talent out there that just needs to be exposed.”

The initiative is part of an ongoing effort by V to boost the profiles of young creatives. Last month, V Man launched a model search in collaboration with Giorgio Armani. (The three chosen winners will walk the Emporio Armani Men’s show later this year.) The publication also debuted Next Wave, showcasing emerging photographers, in March 2020. The seven selections were featured in V Man’s Spring/Summer 2020 issue.

CreatiVity will launch alongside a website redesign, which will centralise submission portals for all three initiatives in one place. According to Gan, CreatiVity is likely to lay the groundwork for a print issue. “I like to think of [these next few months as] finding the ingredients that the editorial soup is going to be made out of later this year,” he said. The initiative will also be promoted across the company’s social media channels.

People feel trapped right now. They feel like they have limited resources.

The move comes as creative freelancers see editorial and commercial jobs cancelled as a result of nationwide lockdowns that have been implemented to curb the spread of Covid-19. According to a survey conducted by the non-profit Freelancers Union, 85 percent of freelance visual artists and photographers in the US reported losing contracts as a result of the outbreak.

“It really gives back to the world,” Gan said. “The magazine world is at a bit of a standstill because you can't even step into a photo studio... [This programme] creates good content. If a team member of mine suggests one more time that we approach so and so and have him or her bake a cake and film themselves, I'll go nuts.”

V is not alone in turning its attention on emerging talent that has been hard hit by the coronavirus crisis. Dazed recently launched #AloneTogether, a series of Instagram takeovers and community-led, online events, while AnOther magazine has started a campaign under the hashtag #CultureIsNotCancelled, showcasing projects by creatives that have otherwise been postponed or cancelled.

A growing number of fashion brands are also promoting creativity via their online channels. Alexander McQueen and Jimmy Choo are setting creative challenges for their followers while Marc Jacobs is collaborating with artists like Chloe Wise to engage creatives on Instagram.

“At the end of the day, everybody kind of has the same goal,” said Mathias Rosenzweig, digital director of V Magazine. “This feels like a very stagnant period for everyone... and we're all just trying to help each other move forward.”