The issue marks the most extensive global content collaboration for Vogue since Condé Nast merged its international and US branches and promoted Anna Wintour as its global head.

The issue marks the most extensive global content collaboration for Vogue since Condé Nast merged its international and US branches and promoted Anna Wintour as its global head.

When Vogue readers from Mexico City to Milan and Shanghai pick up their September issue, traditionally the most important release of the year, each will have a different model or celebrity on the cover. Inside, however, they will find many of the same images, including a fashion editorial styled and curated by editors in London and New York.

International Vogue editions have shared content before, most recently in March. But this issue, themed “New Beginnings,” marks the most extensive collaboration since Condé Nast merged its international and US branches in 2019. Where those past issues shared a theme or an editorial portfolio, this September, Vogue is sharing more than a handful of stories across print, digital and video.

“This issue represents an evolution of our newly collaborative approach to storytelling, in which editors around the world work together on stories with Vogue’s global audience in mind,” said Anna Wintour, Vogue’s global editorial director and Condé Nast’s chief content officer, in a statement.

Unlike at GQ, which enlisted The Weeknd to appear on 17 of 21 international September issues, the Vogue covers remain distinct from market to market. American Vogue is expected to go with an American fashion theme to correspond with the Met Gala in September. The covers will connect in subtle ways, however, with each including an interpretation of a sunrise. Vogue editors-in-chief in Germany, India, Italy, Japan and Spain have exited the company in the last year as part of a consolidation strategy announced last December, designed to cut costs and help the publisher invest in digital and return to profitability after several challenging years of heavy losses. Longtime American Vogue editor Anna Wintour was appointed global head of the title. British editor Edward Enninful was promoted to oversee Europe and Taiwan’s editor Leslie Sun was given oversight of Japan and India.

As part of the new structure, Vogue will appoint heads of editorial content in regions where editors-in-chief previously operated independently from their peers in the US and UK, competing with them for advertisers, photographers and celebrities. So far, Francesca Ragazzi has been named the head in Italy and Ines Lorenzo in Spain; both were internal promotions. But many content head positions are still not finalised, and more editor-in-chief departures are expected.

Vogue China’s September issue marks Margaret Zhang’s first as editor in chief since she was appointed in February, succeeding Angelica Cheung after her exit last November. 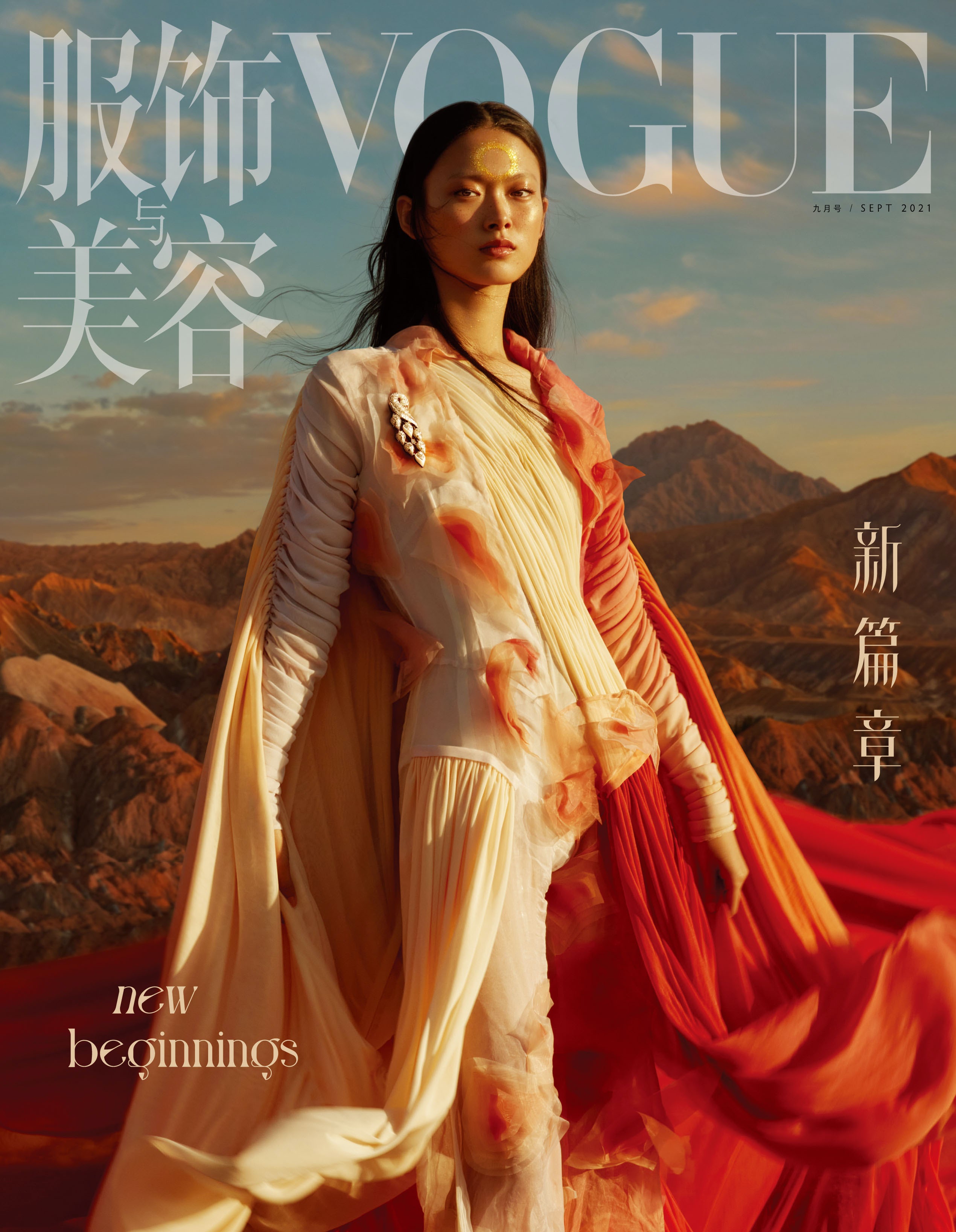 Meanwhile, in the US, Virginia Smith is among the Vogue staffers with new responsibilities — she is now the global head of fashion network, in charge of all shoots across markets and platforms. She oversaw an editorial for September styled by British Vogue fashion directors Julia Sarr-Jamois and Poppy Kain as well as American Vogue contributing editors Camilla Nickerson and Alex Harrington, focusing on different themes in fall fashion and marking the first such collaboration for Vogue.

Other shared content for September includes a portfolio of emerging designers, with nominations from each market, and a profile of Miuccia Prada and Raf Simons, now collaborating at Prada.

Smith said Vogue will aim to reflect more points of view moving forward. “That idea of highlighting global voices across fashion is definitely something that we’ll be interested in doing even more,” she said.