Declining media budgets are turning up the pressure on creatives to self-finance editorial shoots, leaving some in debt and excluding others from the industry altogether.

Declining media budgets are turning up the pressure on creatives to self-finance editorial shoots, leaving some in debt and excluding others from the industry altogether.

Magazines on sale at Soho News International on Prince Street, New York. The publications featured in this image are unconnected to the practices described in BoF's reporting | Source: BoF
Media
Share
2 Comments
By Daphne Milner February 20, 2020 05:20

LONDON, United Kingdom — When freelance photographer Luc Coiffait was asked to shoot superstar music producer Diplo for the cover of French fashion magazine L'Officiel Hommes in March 2018, he immediately agreed. Coiffait said he laid out €1,000 ($1,091) to cover equipment costs for the shoot — a job he wasn’t paid for until almost three months later. In December 2018, when L’Officiel asked to use the image in an international edition of the magazine for a syndication fee, Coiffait again agreed. Almost a year later, he still hasn’t received a syndication payment.

“I kept having to fork out more money just to get paid for someone using my image,” Coiffait said, after months of redirected or unanswered emails led him to hire a lawyer. The magazine finally agreed to pay the fee in two instalments. Both payment dates have passed and Coiffait still hasn’t received the funds, nor any explanation as to why they have not been paid.

“It comes to a point where you’re waiting… for a payment that you’re not even sure if you’re going to get,” Coiffait told BoF. “[The money owed] piles up over time.”

Coiffait wasn’t the only photographer who spoke to BoF about money allegedly owed to them by L’Officiel.

“It’s a case of everyone [at the magazine] being careful and accommodating when stuff is being arranged for them. But once it’s time for anyone to get paid, it’s complete shutdown,” claimed a photographer who was hired by L’Officiel Paris in January 2019 and who preferred to remain anonymous for fear of retribution. He claimed to still be owed over £4,000 ($5,198) a year after shooting a fashion editorial for the magazine.

BoF contacted Les Editions Jalou for comment but did not receive a response. 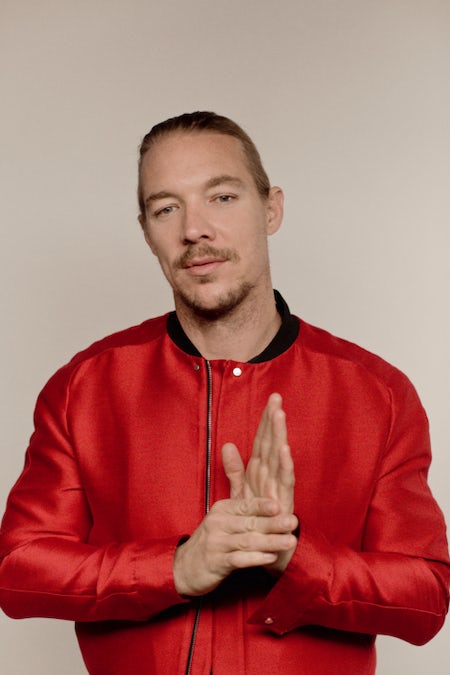 Photographers self-financing editorial shoots isn’t a new phenomenon in the fashion industry. It gives them an opportunity to showcase their creativity and talent and also helps build their portfolios and networks.

But changes to the way magazines generate revenue is amplifying the financial burden. Digital advertising in the US was predicted to grow 19 percent to $129.34 billion in 2019, while traditional print media ad spend declined by 17 percent, according to eMarketer. In Europe, magazine ad spend reached roughly €5.6 billion in 2018, down from €6.2 billion a year before, according to Statista. Print publications are struggling to adapt to the new landscape, and magazine budgets — often flat rates regardless of photographer or location — are shrinking.

The experiences these photographers had with L’Officiel won’t likely come as a surprise to their peers. While the biggest publications pay for shoots they commission, thousands of smaller fashion, art and cultural magazines where most photographers get their start are only able to pay much less. For many independent magazines there is no budget, but there is usually transparency that they offer creatives “exposure” and “creative freedom” in lieu of payment. Photographers are consequently forced to tap family, friends, agencies or short-term loan providers to cover the production costs of their shoots.

This creates a catch-22 for aspiring photographers: they are required to pay their way to the jobs that provide a steady income, or forced to work piecemeal jobs to support themselves. (Big-money commercial jobs typically come after a photographer has earned editorial credibility.) The industry is structured in a way that makes it easier for photographers to succeed when they are already able to support themselves; creative talent who can't self-finance, at least at the start, are at a disadvantage.

“You’ll run yourself into debt if you’re only doing editorials,” said photographer Ronan McKenzie, whose work has been featured on the covers of magazines including Teen Vogue and Pitchfork.

L’Officiel is but one example of how a publication’s financial situation could be leaving creatives like Coiffait, and others BoF spoke with, to foot the bill. Following Interview magazine's bankruptcy filing in 2018, creative agency Baron & Baron was listed as one of the American publication’s largest unsecured creditors. According to legal filings, Interview owed Fabien Baron, founder of Baron & Baron and the magazine’s editorial director, around $600,000. Interview was relaunched in September 2018, less than four months after it filed for bankruptcy.

While a small number of established photographers can demand high fees for short-term jobs, many invest money into their work only to see it not pay off in the long-term.

You’ll run yourself into debt if you’re only doing editorials.

Medium-sized magazines might have enough budget to cover studio costs or pay a small, symbolic fee, said McKenzie. Only very established titles might cover the whole production. The problem with this structure is that it leaves photographers with few alternatives — beyond Instagram — to develop their own portfolios. That’s an imperative for professionals as it offers them a chance to exhibit their creativity without the confines of commercial briefs.

According to fashion photographer Ethan James Green, it’s difficult to produce an editorial shoot under $5,000. “In the summer of 2017 I would [often] have, like, three editorials in a week... I didn’t realise how much and how fast it adds up.” Green said he racked up over $150,000 in debt by working on shoots for small-budget, independent magazines.

So what steps can freelance creatives — as well as agents, magazine editors and creative directors — take to protect upcoming talent from financial distress?

“To be a photographer [means] doing these shoots that get you established,” Green said. “You either need to be a rich kid or you need to have someone investing in you, like an agency.”

Green was covering the cost of equipment, locations, catering, post-production, as well as hiring assistants. He said that one magazine, which he declined to name, commissioned him for a job on the expectation he would pay for most of the production himself; Green went on to spend $20,000. The same publication rehired him for a later job, where he said he spent a further $20,000. This time, however, he had been employed to shoot a brand special, which he was only informed of the night before. “I went to this remote location to show up and find out that we’re doing a brand special,” Green said. “The magazine was obviously getting money for that, but I’m spending $20,000 to shoot one brand of clothing.”

Signing to Christopher, a creative agency under the umbrella of Great Bowery, an agency collective, has helped Green regain control of his finances, as the agency now lays out the money he requires for shoots in his contract.

Agencies can cover shoot expenses, saving the photographer from fronting fees themselves. This sum would then be taken out of their fees once payment has been received. At Christopher, artists are given a monthly financial statement that breaks down what they’ve earned, what fees the agency has billed for them and what expenses they might have racked up. The final sum the photographer is paid is then calculated accordingly.

“It's a constant battle,” said Jordan Hancock, a director at Christopher who represents Green. “Agents are always fighting for more money or more [creative] freedom [for their clients].”

You either need to be a rich kid or you need to have someone investing in you, like an agency.

For Green, having an agent who advises him on his finances has helped him get “to a place where I’m out of debt. I now only work on editorials when the spending seems fair.”

Magazine editors and creative directors can look to branded content opportunities to help fund editorial projects, providing upcoming creatives with support in the process. For Brigid Walsh, global head of strategy at Great Bowery, editors can increase their budgets by partnering with photographers and reaching out to brands to create commercial assets on the back of editorial shoots.

“I see it as a missed opportunity,” said Walsh. “Why wouldn’t you utilise these moments to create additional assets for brands starving for content all the time. As long as the rights, the permissions and the rates make sense for the artist... Creatives need to feel more empowered.”

“[Magazines] need to have other sources of revenue that are bringing in a budget for them to do projects — they should be digital-first, that's truly the way to think about it,” said an editor-in-chief of an established magazine, who declined to be named for this article. “Then they can take stills on the back of video content. That is the way I think the world will work in five years time.”

The most immediate solution, however, may well be greater transparency. When Coiffait agreed on the syndication of his Diplo cover with L’Officiel, the fee was initially promised to him within 45 days in writing, but was never paid. And for Green, the conflict between a promise of creative freedom on a shoot that was eventually focused on  a single brand was not only misleading but also exploitative.

“It's like either you have a budget for it or you don't,” the editor-in-chief told BoF. “And if you don't have a budget for it, you need to be looking at why that is in terms of your business model. The burden shouldn't be on the young creatives that we work with.” Alongside appropriate compensation for creative work, artists also deserve an honest line of communication with the magazines they help to shape.

“The money balance of how magazines work needs to just change,” said McKenzie. “We all know that those ads are costing money, so some of that money should be given to the artists.”