Despite the fact that an estimated 67 percent of women in the US wear a size 14 or larger, the market for plus-size designer clothing remains underdeveloped. To be sure, there are plenty of challenges facing the space, some real and some perceived. First, there's the longstanding belief that plus-size women won't spend money on expensive clothes because they think they will lose weight. Amongst many brands, there's also the fear that offering styles in size 16 will turn off size 4 shoppers. Then, there's the documented correlation between plus-size women and lower socio-economic status, meaning many larger women simply have less money to spend.

In 2016, US sales of women’s plus-size apparel grew twice as fast as overall US apparel sales, hitting $21.4 billion, according to market research firm NPD. But the luxury end of the plus-size market remains small and largely unexplored. When plus-size bloggers Gabi Gregg and Nicolette Mason prepared to launch their new line Premme, which offers clothing in sizes 12 to 30, they kept the price of each piece under $100 based on specific feedback from their audience.

This all makes the launch of plus-size luxury e-commerce platform 11 Honoré all the more unusual. Starting next month, the site will sell designer ready-to-wear pieces in sizes 10 to 20 by designers such as Prabal Gurung, Monique Lhuillier, Brandon Maxwell, Christian Siriano, Michael Kors, Tome and Zac Posen.

Not only will 11 Honoré offer larger sizes of the same designer pieces available at traditional department stores and boutiques, but prices will also stay the same. (Producing plus-size garments can often cost more than smaller-sized items due to production complexity). 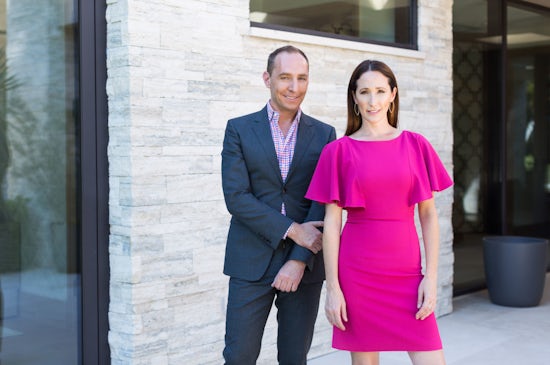 “We know [the plus-size luxury consumer] is spending money in other categories,” continues Herning. “We are showing her, for the first time, that you can be aspirational and this is where you can find it." He adds that some of the designers 11 Honoré will carry have actually been catering to plus-size shoppers for years via special orders for private clients.

11 Honoré has raised a seed round led by one of Silicon Valley’s most respected retail investors: Kirsten Green, founder of San Francisco-based Forerunner Ventures and early backer of Dollar Shave Club, Warby Parker and Glossier (additional investors include Upfront, Greycroft and Canvas).

“It’s not often enough where you really get a chance to think about building a business in a segment that is otherwise unaddressed,” says Green. “I suspect that there is a great number of women who have felt unfairly dismissed.”

Green has looked at other plus-size startups — “there is a certainly a lot of opportunity across the landscape in the plus-size” — but was attracted to 11 Honoré because of the caliber of brands set to work with the platform. “We’ve had to rattle a lot cages to get what we wanted,” admits Herning. “This has not been easy journey because this is not what the industry norm is.”

The biggest hesitation from designers was around production. That's because creating clothing for plus-sizes is not as simple as simply scaling up an existing design. Plus-size items require their own patterns. To make it easier for brands to work with the platform, 11 Honoré is offsetting the costs of pattern-making and grading for some of the emerging labels on its roster.

If all goes well, Herning and Retzer plan to expand into contemporary brands and accessories. Digital trunk shows are also on the roadmap, as is editorial content. Indeed, the founders aim to make 11 Honoré a content and community hub as well as an e-commerce site.

Why is the fashion industry ignoring the plus-size market?