Today, BoF highlights five of the world's top talent spotters and matchmakers, behind-the-scenes influencers who are each experts in identifying and developing the best design and business talent in the global fashion industry.

LONDON, United Kingdom — They can inhabit many roles — consultant, headhunter, even media mogul — but without their sharp eyes and support, the careers of celebrated designers from Jonathan Saunders to Alber Elbaz may never have taken off. Indeed, such is the pivotal but often unsung role of these talent spotters and matchmakers, whose expertise and instincts have often catapulted designers into the spotlight, as Floriane de Saint Pierre did when she placed Christopher Bailey at Burberry, that it's hard to imagine the industry functioning without them.

Whether they are advising emerging designers or consulting on senior appointments at global luxury brands, fashion's top talent spotters are an indispensable resource, particularly as the costs of making the wrong choice impacts not only a brand’s bottom line, but also its image. Paris-based Emanuel Ungaro, for example, has suffered from increasing irrelevance since the namesake designer and his successor Giambattista Valli left the house, stemming from the barrage of creative directors who have walked through its revolving door, including Esteban Cortezar and Giles Deacon, to make no mention of Lindsay Lohan and her disastrous stint at the brand.

BoF spoke with a few of the fashion world’s most celebrated talent spotters and matchmakers in five key markets — the US, the UK, France, China and India — to find out how they identify top creatjive talent and what more could be done to better equip and nurture young designers. 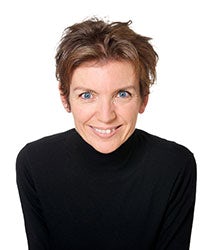 While the name Floriane de Saint-Pierre may not be known outside industry circles, senior executives at the likes of Gucci, Lanvin and Valentino know de Saint-Pierre well. Her celebrated but highly discreet firm, Floriane de Saint-Pierre et Associés, which she founded in 1990 at the age of 26, has facilitated dozens of placements for top-most creative and executive roles across the industry. As well as placing Christopher Bailey at Burberry, de Saint-Pierre is responsible for placing Alber Elbaz, now at Lanvin, in his first ever design position.

After business school, de Saint-Pierre began her career in the finance department at Christian Dior before moving into executive recruitment. But it didn’t take long — six weeks, approximately — for the enterprising de Saint Pierre to strike out on her own. “I discovered executive search very much by chance and I was passionate about it from the beginning! So I started my own company as I wanted to have the freedom to do my work exactly as I wanted,” de Saint Pierre tells BoF.

Recruitment is more art than science, she says. “I consider who can capture the spirit of the brand with a holistic approach. When a designer feels the spirit of a brand and is also comprehensive with how people live today, then commercial success comes naturally.”

Her latest venture, EyesonTalent, is a global, web-based platform that connects brands with creative talent from multiple design disciplines, such as photography and digital art. 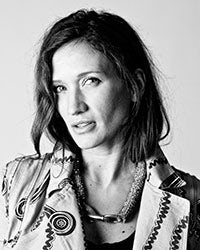 Often called the fairy godmother of emerging London fashion, Lulu Kennedy — editor-at-large of Love magazine and creative director of her own clothing line, Lulu & Co — is best known as the director of Fashion East, a non-profit organisation that provides young fashion designers funding, publicity and a runway show with which to present their collections. Established in 2000, the programme’s support was instrumental in growing the profiles of highly talented alumni like Gareth Pugh, Roksanda Illincic and, most recently, Simone Rocha.

Kennedy, a Newcastle native, enjoyed a colourful, nomadic childhood. “My parents cut loose in favour of an alternative lifestyle which exposed me to lots of stimulating stuff,” she recalls. “We travelled Europe to places like Ibiza with bohemian hippies and lived in a caravan in Devon for a bit where I was very happy running wild!” But after returning to school, Kennedy’s classmates bullied her for being different. “I refused to be defeated by it,” she says. “In fact, you could say I have gone on to celebrate difference in my role at Fashion East, where I’ve championed some very unusual talent… I’m happiest being off the beaten track.”

What qualities make applicants to Fashion East stand out? “Focus, determination, energy, and a certain amount of self-belief and thick skin — they will need it,” Kennedy tells BoF. “It massively helps if they’ve worked in the industry after college as it will have given them a reality check and extra skills that kids right out of college won’t necessarily have.” Indeed, Kennedy believes that "extra skills" and commercial awareness may save designers from the “perpetual headaches” of managing production and cash flow. She cautions that unless they develop such skills or find business partners to help, young designers “will usually end up in a precarious financial position.” 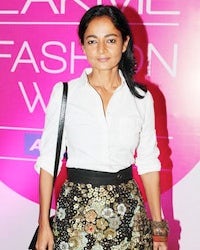 Fashion consultant Sabina Chopra has seen the Indian fashion industry grow right from the first Lakmé Fashion Week back in 1999, when her husband Anil Chopra was chief executive of Indian cosmetics company Lakmé. Together, the pair spearheaded the event, held bi-annually in Mumbai. And from the very first season, Chopra attended the shows and kept tabs on the rising designers, as well as the retailers, models and PR companies, who were pushing Indian fashion forward.

The designers she champions, such as longtime favourite Sabyasachi Mukherjee, whose work she calls “intelligent and brave,” benefit from her business mentorship and guidance.

“Working in fashion is a lot about intuition, aesthetics and understanding the market. What I look for is a distinctive style that can grow into a signature look. I don’t have to love it, [but] I have to be able to recognise it from the clutter and noise of the hundreds of designers out there,” Chopra tells BoF.

She also looks for longevity. “A lot of young people come into fashion for the wrong reasons,” she explains. “[They are] glamour-struck or looking to make a quick buck… the fashion industry offers neither.” Business savvy is also critical. “[Some designers] show collections at fashion weeks, [and] some even manage a few orders, but they have neither the production capability nor the business savvy to negotiate,” Chopra laments.

So what can be done to support fledgling Indian designers? Chopra says fashion schools in India should offer professional business management courses. 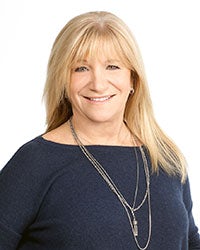 Luxury brand consultant Karen Harvey’s lifelong love of fashion and retail led her to found a consultancy, Karen Harvey Consulting Group, which initially offered ‘storytelling programs’ designed to help companies craft and communicate their brand stories. But eventually, the relationships she built with clients like Kate Spade, Tory Burch and Michael Kors led her to expand into executive recruitment.

Indeed, for the past 25 years, she and her team, based in New York and London, have helped labels to not only develop their brand vision, but hire the right talent to execute against it. Most recently, she has been tasked with finding designer Reed Krakoff’s replacement at Coach.

Although each case is different, Harvey’s general approach is that “if you understand the essence of a brand and if you can really pinpoint the DNA and what the brand codes are, then that becomes the framework for a search for a creative director,” she tells BoF. However, she also stresses the value of an often intangible and elusive factor: leadership.

“Of all the hundreds and hundreds of designers there are in the world, not every one of them has real vision; and has the ability to not only hold the vision, but articulate the vision and lead others in execution of that vision,” Harvey says. “So sometimes they have great talent, but truthfully they are better individual designers and contributors.”

What about young designers who aspire to grow their own brands? As a member of the advisory board for the CFDA’s Fashion Incubator program, a two-year professional development course for young designers, Harvey is a firm believer in mentorship, but advises young designers to blend these inputs with their own instincts: “Listen to all the advice you’re getting but be very clear on your own brand vision, focus, and be able to filter that input through your own brand.” 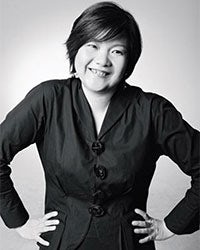 Often dubbed the "Oprah of China," media entrepreneur Hung Huang dons multiple hats. The unabashedly outspoken publisher, blogger and fashion guru is known for her sharp wit and insights on the complexities of both Eastern and Western cultures. Her mother was Chairman Mao Zedong’s English tutor, but she spent her formative years in New York, where Huang’s stepfather was a representative to the United Nations.

As chief executive of China Interactive Media Group, Huang publishes fashion and lifestyle magazine iLook, posts intelligent commentary to her 7 million-plus social media following and has become a celebrity in her own right. But she has also long focused on building the global profiles of emerging Chinese fashion designers.

In 2011, she launched a retail venture called Brand New China, or BNC, an upmarket boutique in Beijing’s hip Sanlitun district that showcases the collections of homegrown fashion designers like Qiu Hao, Uma Wang and Christine Lau.

As she is well versed in both business and design matters, Huang’s approach to evaluating emerging designers emphasizes expertise in both areas. When she shared her top emerging Chinese designer picks with BoF, she praised designer Uma Wang for both her production capabilities and her universally flattering cuts that “flow with the body.” Alongside luxury labels, Huang has also been a vocal supporter of contemporary brands like ZucZug and Exception de Mixmind, worn by China’s ‘first lady’ Peng Liyuan on her first state visit to Moscow.