NEW YORK, United States — Amidst the rush of New York’s womenswear shows, several accessories brands, from Mansur Gavriel to Paul Andrew, found ways to carve out a space for themselves with presentations worthy of the industry’s attention. After all, shoes and handbags make up a significant slice of overall fashion revenues.

In the US alone, the footwear market accounts for $64 billion in sales, up 23 percent since 2011, while bags and luggage are worth $17 billion, up 41 percent from 2011, according to Euromonitor. On the high end, personal accessories account for almost 30 percent of the global luxury market — more than apparel — and have profit margins as high as 50 to 60 percent.

What’s more, unlike with ready-to-wear, where new seasons push old product onto discount racks, shoppers don’t demand the same kind of constant newness from accessories, particularly investment pieces, and they are more willing to pay full price for covetable bags and shoes that — if the brand balances inventory right — might never go on sale. According to data from retail analytics platform Edited, apparel sees higher depths of discounting to achieve sell-through: 70 percent versus 37 percent for handbags and 31 percent for footwear.

It’s little wonder that accessories are critical to retailers as varied as Saks Fifth Avenue, Barneys New York and Macy’s, which have all renovated and expanded their shoe floors in recent years. Back in 2007, Saks famously unveiled a shoe department so big it commanded its own postal code. In October, the retailer even opened its first shoes-only store in Greenwich, Connecticut.

“Our customers are looking for very special items that they don’t have in their closet, something new to add a little statement to their everyday dressing,” said Saks Fifth Avenue fashion director Roopal Patel. “There is no such thing as a classic shoe any more, whether it’s the fabrication or being a little bit more ornate,” she added, citing Gucci as a top trend-setter as shoppers gravitate toward more unique and quirky accessories.

But for younger labels, what does it take to tap the opportunity? BoF quizzed independent shoe and handbag designers at New York Fashion Week to identify six key lessons for building a winning accessories business in 2017. 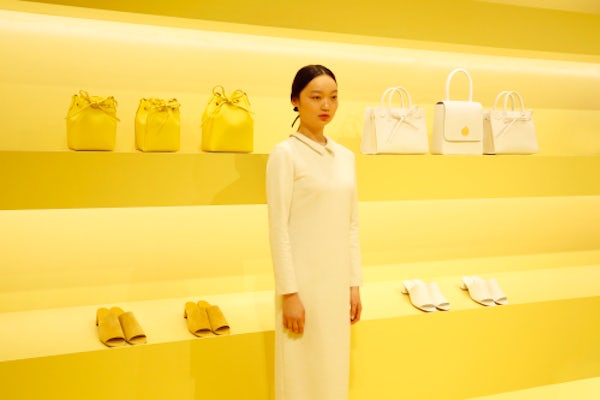 1. Develop a hero product — but don’t be wedded to it

Focusing on a signature product is a tried and true way for a young brand to break into the market and sharpen its message. Mansur Gavriel crossed into profitability in its third season following 100 percent sell-throughs for its signature bucket bag. Meanwhile, Monse designers Laura Kim and Fernando Garcia revealed that while their new line of shoes is selling well, they plan to evolve it slowly to build a signature style that has equity with consumers.

But when an ‘it’ bag or shoe oversaturates the market, coasting on its success can be perilous. Indeed, the trick is knowing when to focus and when to move on and innovate, harnessing the power of an 'it' item to drive interest in other products before it fades with time or ubiquity.

For Edie Parker, launched in 2010, its signature acrylic clutch is a major revenue driver, thanks in large part to its status as a red carpet go-to. But although the brand’s sales increased 100 percent year-over-year in 2015, they flattened in 2016. “Now as we have more and more admirers and copiers, the challenge is to keep innovating,” said founder Brett Heyman. “We own Friday and Saturday for our girl, how do we own the other five days of the week?” 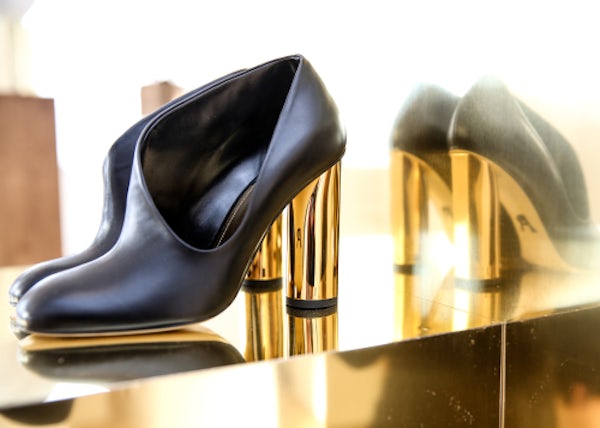 While a clean, black boot may have been the bread and butter of a footwear brand a decade ago, consumers shopping contemporary and designer brands today are no longer as attracted to seasonal basics, preferring distinctive items they can wear all year. “It’s been an amazing shift where the things that are really selling are the things that are the most special, the most detailed, the most amazing embellishments on them,” said Jessie Randall, founder of handbag and shoe line Loeffler Randall, citing a pair of bright-striped Lulu mules she was wearing at the brand’s Autumn presentation this week in New York. The brand's sales have grown an average of 27.5 percent per year since 2011.

While Ferragamo designer Paul Andrew has been careful to develop a wide assortment of shoe styles for his namesake line, he said he was suprised by the tastes of his growing online customer base who he described as “a lot more fashion-forward than I anticipated.”

“The best sellers will always be the best sellers, but I’m always trying to move forward in a way that feels sincere,” said Maryam Nassir Zadeh , who is best known for her popular footwear, after her first runway show at New York’s Guggenheim Museum. Her Autumn 2017 collection included shoes grommeted with pearls, lucite heels, faux crocodile leather, velvet and satin. “This time I really tried to elevate it and do a lot more new materials,” Nassir Zadeh added. 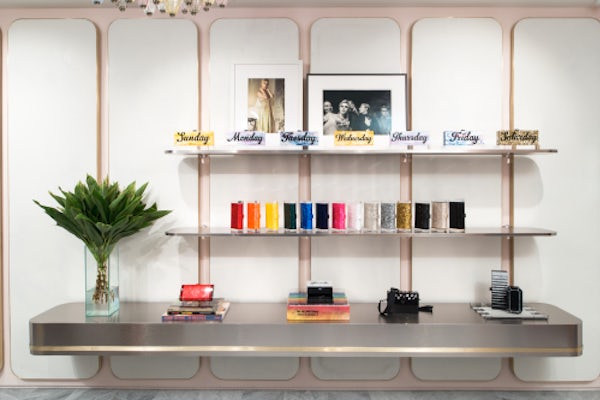 While accessories brands have traditionally relied on wholesale accounts to boost their visibility and quickly scale, the value of these relationships is changing as department stores struggle to attract consumers. Direct retail, of course, offers better margins and, for accessories brands with more than one category, the opportunity to merchandise their collections together.

Mansur Gavriel announced in January that it would extend the lease on its pop-up in New York's Soho in order to establish a visual home for the brand. Meanwhile, Edie Parker’s first flagship will open this Tuesday on Madison Avenue, where Heyman will be able to showcase the brand's handbags as well as home goods, bag charms and phone cases.

Indeed, for rising accessories brands, wholesale is increasingly about marketing. “While our wholesale margins may not be as strong as, we use our wholesale model more for exposure,” said Scott Cunneen, co-founder of footwear brand Dear Frances, which focuses on e-commerce sales and has a limited number of retail partners with whom the label is careful not to overstock. 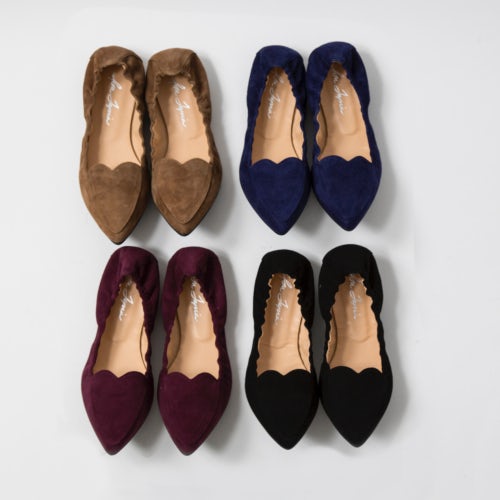 “Traditionally we’ve found that there is a lot of push to go to wholesale and really try to scale the business quite rapidly,” said Cunneen. “It becomes increasingly more difficult in terms of the capital you would need to get to the point where you can have a business that is working [at that scale].” He and Dear Frances co-founder Jane Frances prioritised their “essential business elements,” such as production and distribution before pursuing scale.

Dear Frances also uses scarcity as a marketing tool, opening its site to pre-orders of its core collection. “We sell a lot more on pre-order than when they are actually available,” said Frances. The brand accumulated over $200,000 in pre-sales in 2016. In the first six months of the label's e-commerce site, the company generated over $1 million revenue.

“As long as I can double the business every year, slowly but surely, I think I have a chance to be a big brand three to five years from now, instead of pushing really hard one year and saturating the market,” said Isa Tapia. In 2015, her namesake brand received a round of funding from Pentland Group that allowed her to stop consulting and focus on her own label. 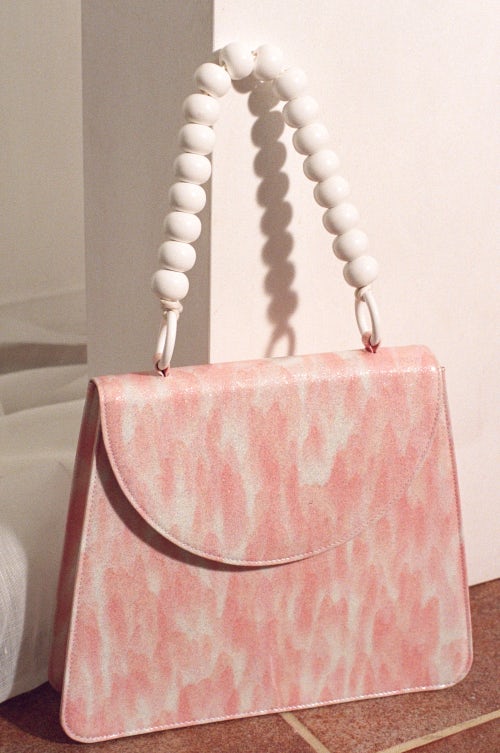 5. Add one category at a time

Even though Autumn 2017 marks Maryam Nassir Zadeh’s first full handbag collection, she actually launched the category briefly in 2014 alongside shoes. “But they never took off,” revealed the designer. “The shoes were very accessible and I think the bags were a little bit higher price point… I stepped back and let the shoes be what they were and I knew it was a matter of time.” Now she feels much more confident that there is a place in the market for smaller novelty bags at a higher price point, more akin to jewelry than shoes. “I hope it works now that the brand has a much bigger following,” she said.

The logic is sound considering Nassir Zadeh’s community of loyal consumers is not unlike Mansur Gavriel’s, albeit on a more local scale around her New York boutique. Mansur Gavriel launched shoes last spring and saw sales grow 30 percent year-on-year in 2016. 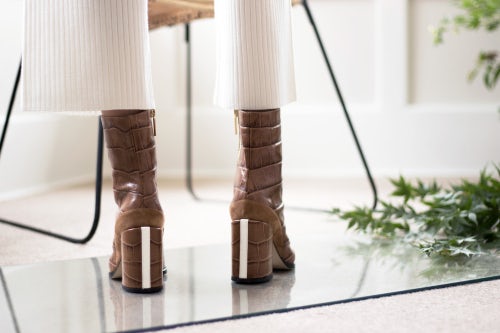 Consumers do not seek seasonal newness from shoes and handbags in the same way they do from fashion and apparel. It is an advantage for accessories designers who can operate on a slower calendar and carefully diversify their offering while keeping key styles always in stock. Dear Frances, for example, is building upon its Spirit boot by introducing a family of similar styles.

“Our customers are already similar with a certain style and now we want to introduce a new silhouette with the same influence… whether that’s just playing around with the heels or using plexiglass and perspex throughout,” said Frances.

Beyond the 'It' Bag