Hinton left behind his old firm’s scale. In its place, he offers to personally oversee tasks that fall outside the normal purview of public relations managers. For Jean-Raymond, Hinton not only helped conceptualise the campaign, he also oversaw the casting and logistics of the shoot. Hinton says he performs similar services for other clients, mainly emerging designer labels such as Public School and LaQuan Smith.

Hinton is part of a generation of seasoned publicists who have struck out on their own in recent years. They say they are developing communications strategies for an age where marketing dollars might be better spent on Instagram than major television networks or the pages of fashion magazines.

Large communications agencies, many built by singular personalities like Karla Otto and PRC's Pierre Rougier and Sylvie Picquet-Damesme, still handle many of fashion’s largest brands. They are putting their considerable resources — offices on multiple continents, specialty divisions, networks of relationships — behind weathering this period of digital upheaval for their clients. The industry as a whole is shifting toward tailoring services to individual customers, says Rachna Shah, partner and managing director at KCD. The agency was founded over 30 years ago and represents brands such as Alexander Wang, Balmain and Victoria’s Secret.

We have some brands that say, 'We don’t want more than 10 percent of your time spent on print.'

“It’s not necessarily big scale versus small scale, or global versus not; I think the point is that PR and communications have changed and has evolved,” she says. “If [publicists outside big agencies] want to specialise in a different way, we are happy for them and it’s good for the industry.”

Previously, “earned” or unpaid media coverage — such as a profile of a designer in a fashion magazine or an editorial featuring a brand’s It-bag — was the best and only way to get the word out and drives sales.

Now, brands are trying to reach customers through more media channels. They rely more on their own social media and influencers to reach prospective consumers. But that method is growing more costly as social media platforms get more crowded. Content created at expensive events can be easily overlooked and there is no guaranteed way to engage an audience.

“We have some brands that say, ‘We don’t want more than 10 percent of your time spent on print,’” says Guillaume Delacroix, who launched DLX Paris in 2015 after working at KCD, Giorgio Armani and Balenciaga. He counts MatchesFashion and Altuzarra among his clients. He now spends much of his time working on influencer campaigns, customer-facing events and brand projects sponsored by companies such as American Express and Air France.

All clients, whether they are global brands or emerging designers, have fundamentally the same goals — get more people to know about your business, think positively about it and buy your products. The newer, smaller players in the PR/communications landscape aren’t changing that. What they are doing is trying to approach problems and execute solutions differently.

Many have dropped the term publicist entirely, billing themselves instead as consultants who are embedded in their clients’ businesses, advising on sales strategies and digital marketing spend, art directing campaigns and managing relationships with influencers and celebrities.

They still seek retainer agreements, but instead of offering a menu of services with different costs, they often determine fees based on time. They can be less expensive overall. Many are dispensing with industry norms like clothing samples and fashion shows. Their clients are often digital-first brands or emerging designers.

With a diversity of approaches to choose from on the market, it is more important than ever before for brands and designers to understand their own priorities.

“We are a more difficult brand to do conventional PR for,” says Jess Christie, chief brand officer at luxury e-commerce retailer MatchesFashion, which generated £293 million ($394 million) in sales in fiscal 2017. The company works with eight agencies in different regions of the world — including DLX Paris in France and Black Frame in the US — and prefers smaller-scale boutique-like operations because they feel more like an extension of its in-house team.

“From a logistical perspective, we need people who are quite agile, risk-takers thinking on their feet,” she says, because the retailer works with hundreds of brands and therefore can’t always plan its communications strategy months in advance. Christie says the company also likes to work with agencies that aren’t separated into different departments because MatchesFashion doesn’t have traditional needs, like runway show production. 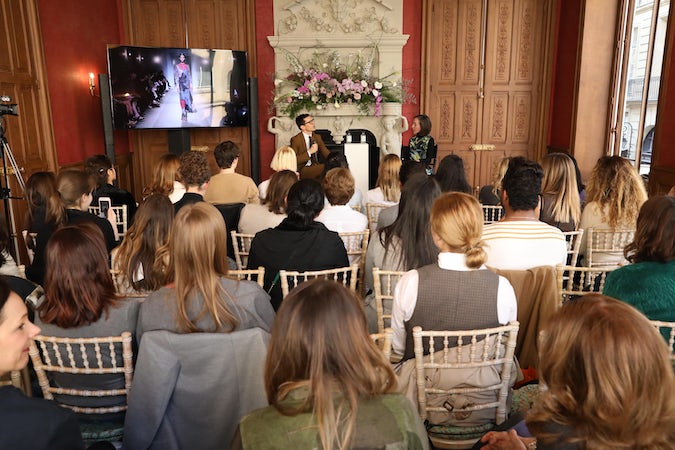 Delacroix’s DLX Paris worked on MatchesFashion’s launch in France, organising a three-day conference in Paris where customers could attend panels featuring museum curators, designers and others. The speakers were chosen for their ability to attract shoppers with different interests who may not be familiar with the retailer.

“There is room for a new kind of smaller business, and I don’t think it’s conflicting with the bigger agencies,” says London’s Daisy Hoppen, who went freelance in 2013 after a career at Purple and Karla Otto, and is known for her connections in the art world.

Her agency’s client list is focused on buzzy designer brands such as Molly Goddard and Shrimps, but she also works with Ganni and Aesop. “I just wanted something where I felt like I could spend a whole day with a client and it wouldn’t impact my business,” says Hoppen. “Just like it’s very hard to build a global fashion brand today, I think it’s hard to build to the same scale of a global PR business that you could do 20 years ago.”

The new generation of PR is also more discriminating about their often limited client lists, having experienced the frustration of working with brands that do not see how interconnected communications, marketing and social media have become.

“I think we are at the beginning of that shift,” says Danielle McGrory, formerly vice president of digital at KCD. She and former vice president of PR Hallie Chrisman left the agency this year to start their own business, Communité. “We were told [by brands]: here are the assets and information, get it out… [Communications teams need] to be able to touch more of these points more cohesively.”

For some new agencies, PR and communications have become more focused on driving sales. When Clara Jeon and Kenneth Loo started an agency called Chapter 2 in New York in 2015, they prioritised e-commerce and digital marketing services because their emerging designer clients needed to expand their direct sales channels.

“We time out and plan how those ads are going to hit and how much money you are spending at different times,” said Loo. “Digital marketing is not just an ad, it’s also a caption, it could be slides [in an post], it could be a video.”

When one of Chapter 2’s clients, Cotton Citizen, released a collection of cobalt blue pieces last year, Jeon and Lee prepared for the launch by getting the product to influencers and celebrities ahead of time and followed it with a social media advertising campaign. Once fashion sites started picking up on the colour “trend,” they paid to amplify the reach of those articles on social media through the brand’s channels.

“You see the line really blurring on the media side between ads and editorial,” said Jeon. "You almost have to take that approach with press."

The large-scale agency model is adapting to the needs of smaller and emerging designer brands. Tanya Taylor, who launched her namesake brand in 2012, says she has noticed a “huge change” in the way she works with her PR agency, Karla Otto, over the last year.

“Any good idea we have, we don’t sit on it like we used to in the past; we have to seize it,” says Taylor, she says about the role of her in-house team. “When it comes to meeting with Karla Otto, it’s about industry changes, what their other clients are doing and events that are coming up that they can help produce.”

Karla Otto says her agency identifies how to bring its expertise to brands’ in-house communications teams. “You have to listen to your clients while keeping a discerning ear to what’s relevant and creative,” she said via email. “It’s only then that you can enable yourself to create something impactful.”

“Often people go out looking to engage agencies for ideas, and that’s absolutely a part of the process, but the agency can never do that if you don’t understand who you are and what you are trying to achieve,” says Christie. “You need to go out there and find somebody who you feel really understands and believes it. That’s more important than scale.”