L’Insane will stock brands including Cottweiler, Vaquera and Dilara Findikoglu as it caters to a more gender-fluid Generation Z.

PARIS, France — When Syrian-born and Greek-raised Lyne Zein was growing up in Athens among transsexual and gay friends, there was no space — let alone store —that would cater to gender fluidity. “I realised that no matter where you are, except in big cities like London or New York, you can’t really be who you are,” Zyne tells BoF. Her new concept store L’Insane, opening in Paris’s Le Marais arrondissement on January 19, is set to change that. 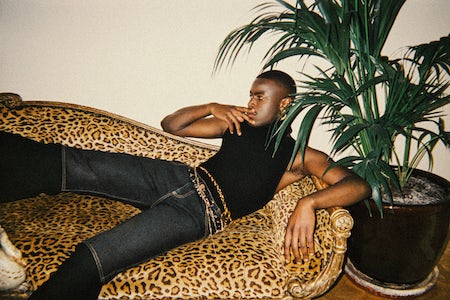 L’Insane will cater to the non-binary, or gender-fluid, customer, with a brand mix that includes emerging labels such as Cottweiler, Xander Zhou, Eckhaus Latta, Dilara Findikoglu and Vaquera, as well as the more established designers Faith Connection and Mugler — all of whom create genderless collections or include non-binary pieces in their lines. “Take Xander Zhou, he’s so smart, he is targeting Martians and extraterrestrials [with his collections],” says Zein. “That’s the point, we want to dress anything and everything, human or not.”

Zein, who studied business and fashion brand management and then interned at Vetements, according to her LinkedIn, emphasises L’Insane as a social space with innovative concepts, rather than a store. “Since Colette closed there’s nothing exciting and not enough options for you to feel comfortable to come in and chill, even if you’re not buying” she says, noting that the store will feature monthly art installations.

For Christelle Kocher, founder of Koché, one of the brands stocked at L’Insane, it was the store’s “strong identity” that caught her attention. “[They’re] a visionary on how they want to build things,” she continues, adding that it’s time for fashion to move beyond the “limitations” of traditional notions of gender. “Gender might not be a global identity after all and I truly believe fashion can help.”

We want to dress anything and everything, human or not.

With activism among brands on the rise, listening and responding to a vocal Generation Z has become paramount. According to a J. Walter Thompson study published in Teen Vogue, 52 percent of Generation Z doesn't identify as strictly heterosexual and many have protested against gender boundaries on social media. While mainstream retail outlets have been slow to join the movement — Selfridges’ “Agender” space is rare among separate menswear and womenswear sections elsewhere — it provides smaller concept stores the opportunity to attract the new non-traditional consumer.

Zein’s five-year plan, however, is by no means unambitious. She aims to open stores in London, Singapore, Seoul, Dubai and “every city that has creative people looking [for] more things than just the safe choices that big retail companies provide,” she says. “I want to have a stamp… [and] have an impact on sexuality in the world.”