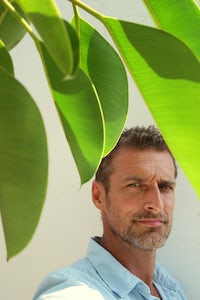 Alexi Lubomirski, the fashion photographer who took the engagement and wedding portraits of the Duke and Duchess of Sussex | Source: Courtesy
Share
Comment
By John Ortved September 19, 2018 05:25

NEW YORK, United States — Fashion images don’t look like they used to. Some of the mystique is missing. The glossy veneer is less shiny. People called bullshit. Nowhere was this more obvious than when a parade of the industry’s top shooters — Mario Testino, Patrick Demarchelier, Bruce Weber — slunk off under a barrage of sexual misconduct accusations. But it wasn’t just #MeToo offenders who were called out. It was the imagery itself — too long celebrated — that prized artifice, shunned diversity and exploited sexuality. What emerged was a desire for something more authentic, ethical, thoughtful.

It was a paradigm made for Alexi Lubomirski, a former assistant to Testino and author of the book “Diverse Beauty,” who’s got humility, goodwill and — let’s be clear here — the kind of looks, charm and princely title that opens doors. The London-born, Botswana-raised lensman has become a favourite of brands like Lancôme and Valentino; magazines such as Vanity Fair and Elle; and celebrities like Nicole Kidman and Taylor Swift — not to mention Prince Harry and Meghan Markle, who chose Lubomirski for both their engagement and wedding photos. 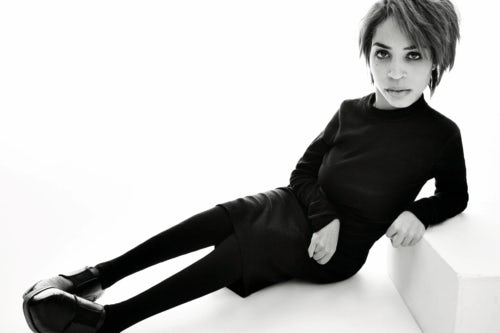 Lubomirski’s family could be older than Christ. Or at least Christ’s arrival in Poland, where the Lubomirski name first appeared in the 13th century, though legend has them going back to the 10th. Six hundred years later, they would be made princes of the Holy Roman Empire, but back then Mieszko the First — who fought the Danes and the Saxons and was friends with someone named Boleslav the Cruel — gave the clan a knighthood and a crest. On its shield, in a deep red background, there is a single white “s”-shape, representing the curves of the Szreniawa River, an offshoot of the mighty Vistula. It’s quite simple, as crests go. And rather elegant. It suits him, I thought, as we sat at the restaurant Gemma in the Bowery Hotel, discussing his veganism, the royal wedding and the changing meaning of sex in fashion, while two tables over his two boys, princes to be, and his wife, tore into a chicken.

“I’m not a tortured artist, I’m not going to go and say to you, ‘I’ve got this creative vision,’” he says. “That’s not really appreciating or involving the other person and their character and personality and wishes and desires.” What we are talking about is a less ego-driven approach to fashion photography. “It’s a very trusting thing being taken pictures by somebody,” he continues. “I become that person that they want me to be. And then this trust forms, and then when they trust they’re willing to give me more.”

So how does one get a British prince and future princess to trust him? “We talked about how we wanted to approach it. And one word that came out for the engagement pictures was ‘authentic.’ They wanted it to be authentic to them, which is why we kept it very loose,” he says. “There was this thing between them. He’d be talking, and he’d suddenly look at her and she’d glance at him, and they’d lock eyes and they are smiling. It was a sparkle. And so, I said, ‘Listen, you know what? This, what you’re doing right now, is exactly what I want.’”

I’m not a tortured artist.

The result was not only a reinvention of how we saw the British royals, but also emblematic of Lubomirski’s stylistic fingerprint: in the furthest move from rigidity, Markle is nuzzled into Harry; it’s personal, natural and yet still glamorous. Something you might see on Instagram, but a really, really good Instagram.

When it came to the wedding portraits, Lubomirski kept twisting things. “We wanted it to look glamorous, as it is the royal family, and you know the setting and the people involved. But we wanted to break it,” he says. If you look at the most famous shot of the day — the Queen, Prince Charles, the next few kings of England (or, as Lubomirski remembers it, “Parents with children, and grandparents, and aunts, and uncles,”) all posing in the Green Drawing Room in Windsor Castle — it’s on a diagonal.

“Royal photography over the last century had this kind of symmetry to everything: the pillars are behind them over here, et cetera. And so we set it up and it was all looking great… and that silly little voice came into my head: why don’t you try shifting it, twisting it, by 45 degrees? And my team were like, ‘Really? We won’t have symmetry?’ And I was like, ‘Yeah, we will just have to try it and I don’t know why,’” he says. “We wanted it to look glamorous, but we wanted to break it.”

The break is also one with the past. Lubormiski’s lens reflects a present in which we’re re-evaluating what we want our fantasies to be. “It’s definitely more about empowerment rather than objectifying sexuality,” he says. “Mario was edgier,” notes Susan White, Vanity Fair’s photo director for 25 years.

“You always felt like the girls were being sexy, but for who? The woman that I know is a strong, confident, happy living person. She’s not a sexual object,” continues Lubomirski. He’s looking elsewhere for tension. 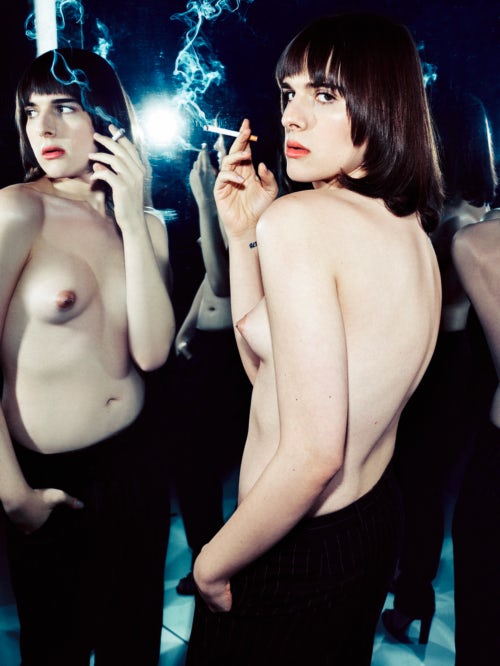 “There’s definitely a transition going on and a lot of publications seem to be striving to do something different but all in the same way,” says White. “His work is a little more timeless. It’s a little more classic. He’s not changing his style to fit a moment. He’s like a beautiful cashmere sweater.”

Lubomirski certainly places his key concerns — veganism, protecting animals, encouraging diversity — front and centre in both his daily work and his life. He has a rider in his contracts that says he won’t work with furs, exotic skins or feathers. His book, “Diverse Beauty,” places people of all races, shapes and forms in the centre of top-notch fashion imagery. He got the idea when the Kenyan-Mexican actress Lupita Nyong’o told him how magazines would often lighten her skin in post-production. “And then you delve deeper,” he says, “and you realise that sometimes you would ask for certain models and there would be certain comments like, ‘She’s too ethnic for this shoot or not dark enough to make a statement,’ which is a really weird one. So, I wanted to do a book where I had no boundaries and I could show magazines and clients that you can actually take high fashion pictures — inspirational, aspirational images — of a wide variety of beauties.”

He’s not just talking about skin colour, either. “Whether it is different complexions, freckles, big hair, different body shapes, different religions, all these things; you cannot to be scared of it,” he says. “As a father it struck something in me and I wanted to do this book to show magazines and clients that you could create these beautiful images with these different types of beauty, but also for young girls to be able to look at these images and go, ‘These are beautiful images and there’s somebody in there that looks just like me’ It’s a fantastic image and so I can relate!’”

He sees a responsibility here, not just for himself, but for the wider industry. “We’re the ones who supposedly create movements and create looks and if we decide that, you know, polka-dot hats are in next year, we’re going to sell it and it will be successful. So, you should be doing that for the right reasons as well.”

Lubomirski started working when they still used film. What used to be a three-day shoot in Kenya to get a 12-page magazine spread is now an afternoon, and they also need B-roll and shots for Instagram, and, and, and... But if the style is moving towards something more casual, more democratic — something closer to what we see on Instagram — and there needs to be more, and faster, aren’t we approaching the idea of photography as something anyone with an iPhone can do?

It’s definitely more about empowerment rather than objectifying sexuality.

“No,” he says. “What’s missing is the foundation. If the hair is right, the model is right, the light is right, my mum could take a picture. It’s when everything goes wrong. That’s when the puzzle starts.”

There’s an intangible here, a secret sauce, that separates Lubomirski from the pack — beyond his technical training or his photographic style. “He’s such a graceful guy and he’s unbelievably charming. He’s got that quality,” says White. “I think he’s somebody that people let into their circle. Whatever parameter that people have around themselves, I think they let him into that because I think he has integrity, too, as a person.”

“Maybe it comes down to who you are as a person behind the camera,” says Lubomirski. “Or even without the camera.”