The title’s former fashion director will succeed Holly Shackleton six months after he resigned from the Vice-owned British style title. He shares his vision for i-D’s next global chapter with BoF.

The title’s former fashion director will succeed Holly Shackleton six months after he resigned from the Vice-owned British style title. He shares his vision for i-D’s next global chapter with BoF.

Originally from Ireland, McKimm began his career as a stylist at i-D at the end of 2000, as assistant to Edward Enninful, the magazine’s fashion director at that time. For the last five years, McKimm has worked as i-D’s fashion director despite being based out of New York while i-D’s staff is concentrated in London. He exited the title in November.

As editor-in-chief, McKimm plans to remain in New York and travel frequently to the UK. He will report to Lucy Delacherois-Day, who was recently promoted to be i-D’s global publisher. (Before, Shackleton reported to Vice’s EMEA chief executive.) 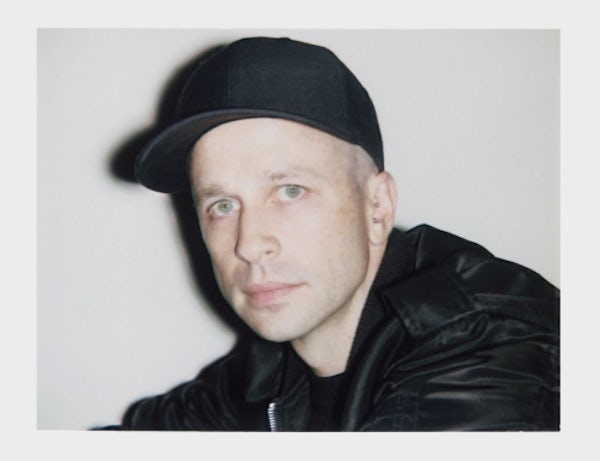 Known for its fresh take on youth culture and for being one of the first magazines to cover street style, i-D was founded in 1980 by creative director Terry Jones. He retired from the magazine after selling it in 2012 to the controversial and trailblazing digital media company Vice, which has since pushed an online and global expansion for i-D.

Now the title operates in 13 countries online and reaches 15 million users each month across its digital platforms. A Japanese print magazine launched in 2016, but its April issue will be the last because, according to a representative for Vice, the company wants to focus on digital and video content. The English-language magazine, published out of London four times a year, will be the only print product moving forward.

“We continue to invest and will look to grow this brand further as a digital fashion platform,” said a representative for Vice, adding that i-D’s revenue has grown by double-digits year-over-year since the acquisition.

Like Enninful, who is now editor-in-chief of British Vogue, McKimm is one of several editors with styling backgrounds who have assumed the top job at fashion magazines in recent years, including Laura Brown at InStyle and Nina Garcia at Elle in the US.

“I think it's all because of globalisation…. When you make an image, you can speak to everybody,” said McKimm in an interview at his New York studio, where a collection of the last 20 years of i-D issues take up an entire bookshelf.

But it is still unusual for fashion directors to become editors-in-chief, which was part of the reason McKimm decided to leave i-D last year: He felt he had reached the limit of what he could do at the title. But when the company reached out to him after Shackleton decided to leave, he realised it was a possibility for him to advance within the magazine.

“There’s no reason why someone who spent 20 years making imagery can’t step into that role, because at the end of the day its more about being a curator,” said McKimm. “It’s like having 20 years of experience and knowing 20 years worth of fashion industry people that you can call on and get their point of view. It’s all about the curation of the people.”

The editor is confident that the fact that he lives in New York will not be a problem for i-D because he has already worked that way for the title for five years.

“The days of everybody being in the same room all the time are over,” he said. “So many creative practices now are done on WhatsApp.”

McKimm does not plan to fundamentally change i-D’s editorial approach but instead hopes to make his mark by encouraging the title’s different global teams to communicate and collaborate more. He wants to unite the entire team in one city once or twice a year. I-D operates in the US, UK, China, France, Germany, Italy, Spain, Netherlands, Poland, Canada, Mexico, Australia and Japan.

“I want to feel the global network, and I want to really encourage a new generation to come forth,” said McKimm, describing the magazine at the “top of the pyramid” of the i-D brand, and a “mood board” for each season. “I feel very confident in the team that’s already in place and how we can work together… It’s not about reinventing the wheel.” His first task will be to hire a fashion director to succeed himself and get to work on the September issue.

I want to feel the global network, and I want to really encourage a new generation to come forth.

McKimm also wants to explore new revenue streams, such as events and an expanded i-D store, which currently sells the magazine and branded merchandise.

Throughout his past tenure at i-D, McKimm had the flexibility to style photoshoots for other publications, such as British Vogue and T: The New York Times Style Magazine, and brand campaigns, such as Saint Laurent and Reebok’s collaboration with Victoria Beckham. While he still has the option to do outside work, he said his focus now is on i-D and he will not be contributing to other titles.

“It’s a new challenge for me, it’s a new job its a new way of working, so I really need to focus on that,” he said.

Vice, which is backed by Disney and private equity firm TPG, has had a tumultuous few years. The company and its fellow investor-backed new digital media companies have struggled to keep up with the market’s high expectations for growth. On top of that, Vice had a sexual harassment controversy, revealed by the New York Times in 2017, which led to the exit of Vice Media co-president Andrew Creighton, among others. Creighton founded the UK division of Vice in 2002 after working as i-D’s head of advertising.

In March 2018, Vice founder Shane Smith stepped down from the chief executive role and former A+E chief executive Nancy Dubuc stepped in. Dubuc has focused on growth and optimization by consolidating the different online channels into one online media brand and fixing the cable network, Viceland, among other priorities.

Vice’s fashion properties, which also include Garage magazine and brand development and creative agency Starworks, have served as a way to work with fashion and luxury advertisers who were wary of Vice’s reputation. It also connected the company to a network of stylists and photographers it can hire for its creative agency work.

McKimm said Vice has had a positive influence on i-D. “If it wasn’t for Vice, who knows where i-D would be right now,” he said. “Graham [Rounthwaite, creative director] and Holly and I were able to do the magazine and make a product that we wanted to make, 100 percent.” He doesn’t anticipate that changing.

What has changed is the magazine market around i-D, as mainstream glossy publishers struggle to keep print readers and focus on building extensive online audiences. Many mass-market publications, free from some of the conventions that once determined what would or wouldn’t sell on the newsstand, are thinking differently about their covers and content in a way that threatens the space i-D has carved for itself.

“I-D always stood for diversity, identity, gender, all the things that people are suddenly [claiming],” said McKimm, adding that the title is differentiated from its competition by its authentic point of view. “It's about taking that legacy and DNA and keep moving forward with it. I don't want to look back at all.”

McKimm will begin his new role at i-D in June.