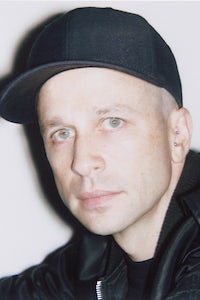 NEW YORK, United States — Fashion is famous for its big personalities. But for many thriving behind the scenes, like stylist Alastair McKimm, the key to success is quiet collaboration. “As a stylist, you’re really there to support designers present their vision,” says McKimm, who also serves as fashion director of i-D. “It’s not about me. I think that’s really important to remember.”

McKimm is sitting at the dining table of his chicly-outfitted Bond Street apartment, dressed in a Supreme hoodie and head-to-toe black. It’s easy to see his tendency for self-effacement; he’s soft-spoken, understated, slightly taciturn. Yet despite the quiet exterior, McKimm’s work makes quite a lot of noise in the industry. In addition to his editorial position, he is a successful freelance stylist and consultant, and has helped shape the campaigns and shows of brands like Calvin Klein, Gap, Alexander Wang, The Row, Jil Sander and, most recently, Anthony Vaccarello, with whom he will continue to collaborate in Vaccarello’s new post as creative director of Yves Saint Laurent. 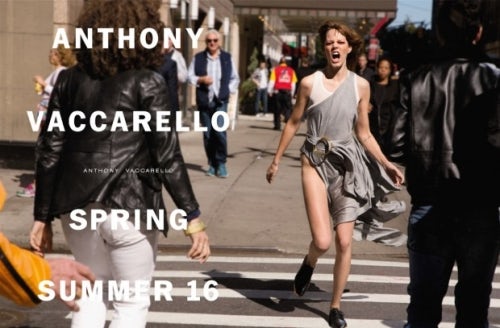 “What’s great about Anthony is that he does something different than a lot of the other young designers,” says McKimm. “He has his own vision and voice and he really stays true to that. He has his signature. I really admire that. As a designer, you can be much more true to your vision whereas as a stylist, you have to be able to work more broadly. You’re hired for a service, and work with different companies who are trying to be different things.”

McKimm says his process depends on the client. For shows, “some designers think in terms of lineups, others think in terms of garments, and you have to come in and help them put it all together.” McKimm doesn’t believe in pushing his aesthetic on anyone, but he enjoys working with designers whose style aligns with his. “It’s all about finding the right fit, and sometimes the right fit is someone who doesn’t quite fit,” he says. “As a stylist you’re brought in just to kind of twist and expand the point of view that’s already in place.”

That being said, McKimm’s visual signature is unmistakable: his ability to blend modern, luxury looks with street and youth culture references is his calling card. When Claire Thomson-Jonville, editor-in-chief of Self Service; Ezra Petronio, the magazine's founder and creative director; and Angelo Baque, brand director of Supreme, decided to collaborate on a shoot to celebrate the opening of the streetwear brand’s first Paris store, they knew who to call. The resulting spread, photographed by Petronio, featured skaters (and one female artist, Hetty Douglas) in a mix of Supreme wares.

“That was a really exciting project,” says McKimm. “It was different than doing a fashion story, because it was really about dressing the guys in what they like to wear, and riffing on their own styles.” Sometimes, McKimm continues, being an effective stylist means taking a step back, and letting the subject choose what to wear. “Working with skaters, for instance, is totally different than working with models. Those guys know the collection, they know what’s cool and what looks good on them,” he says. “It’s not about imposing my opinion too heavily. It’s just about being there and helping make it happen.”

Working with Supreme, a brand that McKimm “probably wears everyday,” felt both natural and gratifying. “Their whole business model is really inspiring and probably should, if it’s not already, be something that luxury houses look to,” he says. “I have the app on my phone and every Thursday there’s a new drop of clothes you can get if you’re quick enough. It creates desire every week. The store is around the corner from me and every week there’s a queue.”

One need only count the number of hoodies sitting front row at the shows to see that streetwear is having a fashion moment right now, but for McKimm, the two have always been intertwined. “Galliano and Gaultier — they’ve been doing all that stuff for years,” says McKimm. “Certainly for me, what I’ve always been inspired by is British youth in the 80s, which looks a lot like high fashion now.”

McKimm grew up skateboarding and surfing on the coast of Northern Ireland, where he was born and raised. It was the love of such sports that kindled in him an appreciation for style — “not fashion,” he is quick to point out. Initially the young McKimm wanted to be a photographer, but when it came time to apply for university, he changed his mind at the last minute and decided to pursue fashion, in part because his mother had always made clothes and in part because of a documentary he’d watched on John Galliano that he found inspiring. It was while studying fashion design at the University of Nottingham that McKimm discovered i-D and “everything changed.”

“I didn’t even know that styling existed until I was 20,” McKimm remembers. Obviously, with my love of photography and design, [when I learned styling could be a profession] that’s when I was like okay, this is actually much more what I’m interested in working in: magazines, and styling.” So McKimm came up with the kind of plan that only a 20-year-old could devise: “The day after [I graduated from Nottingham] I moved to London. The day after that I went to i-D and knocked on the door with my portfolio in hand.”

After a brief stint at a PR firm—“I was terrible at it, I didn’t even know how to answer the phone” — McKimm eventually found his way into the i-D family, as assistant to then-fashion director Edward Enninful. “I think he liked my naiveté and that I had studied photography and design,” says McKimm. “Ironically I think the design course I took — where we learned to actually cut and sew patterns and clothes — was more useful to me as a stylist than it would have been for a designer. As a stylist, that’s a lot what you’re doing: fitting and customising and working with proportions. Designers today do more creative direction.” 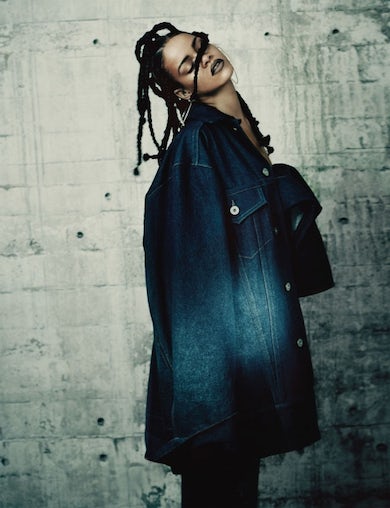 This was 2000, before anyone could have imagined that the Internet would soon revolutionise the print industry. “That’s when I got my first email—a Hotmail account,” says McKimm. “I remember thinking I would never use it.” After a few years assisting Enninful, McKimm began styling his own shoots, “slowly, slowly,” taking on a quarter page, then a page, then two page spreads, and so on. At the same time, he began getting his own clients. “I said yes to everything,” he says. “I was just really grateful that anyone wanted me to work for them so I did a lot of things that weren’t necessarily that great for me. But you know you can’t go back on it; it’s all a learning experience.”

Sixteen years after he began, McKimm is now fashion director of i-D. “It’s been a long, slow process, getting here,” he says. “But I think that’s the best way to do it.” McKimm is responsible for the direction and execution of multiple shoots per issue. Most days, you can find him discussing upcoming shoots and ideas with his team on What’s App. “It’s a constant conversation between us,” he says. “Sometimes it’s discussing something specific, like what needs to be done for shoot and other times it’s just talking ideas.” Though McKimm moved to New York 10 years ago, he tries to go to London, where i-D is based, “as much as possible” to meet with the team in person.

A lot has changed since McKimm started at the magazine — including the ownership structure of the company. In 2012, i-D was acquired by Vice Media, which helped to bring the highly respected, but digitally unsophisticated publication into the Internet age. “Vice really understood that digital was something that was really lacking at the company,” says McKimm, who notes that Vice’s expertise and enthusiasm for web and video has “bolstered” the entire company, without dampening its creative spirit.

At i-D, McKimm has also had a front row seat to the changes sweeping through the industry at large. “When I started assisting, it was a simpler process,” says McKimm. “Now it’s just chaos.” He says the chaos comes from “the fact that now you can never produce enough content” for the Internet’s infinite scroll. But McKimm also notes that, today, stylists enjoy more freedom and independence. “It used to be, photographers and stylists wanted to work for certain [big-name] magazines because a) it gave you the freedom to do something good, b) a lot of people would see it and c) it would end up translating into good clients,” hey says. “Now, those same people can go off and do an issue of an unknown magazine and get just as much self-promotion because everything goes online and on social media. If you shoot the right people with the right people, then you’re going to get the publicity for it. You can literally do shoots on Instagram if you’ve got enough people to look at it. I just think we have to do things differently.”

One of the things i-D is doing differently is their upcoming issue, which is almost entirely street-cast. The magazine sent teams all over the world — from Croatia to Belfast to fashion capitals like New York, Paris and London — to shoot nearly 200 subjects. A different face is featured on each page, along with a short Q&A that lists their name, age and political beliefs, among other things. “Everyone has a voice,” says McKimm. “It’s very democratic.” It’s also going back to i-D’s roots: the magazine was founded in 1980 to celebrate youth culture and street style, way before street style was a thing; “pre-Tommy Ton,” quips McKimm. For a man who describes himself as “not a selfie person,” it’s no surprise that McKimm is less interested in what he calls “peacocking” during fashion week. “I don’t think I’ve ever been inspired by a photo of a person leaving a fashion show,” he says.

What does inspire him is the unique mish-mash of cultures found on high-trafficked streets all over the world; that unexpected, unknown person who strikes a chord. “What we started finding exciting when the photos came in was that the faces we’d never seen before were the most inspiring,” says McKimm. “It’s almost the anti-celebrity.”

Working with celebrities has been a necessary adaption for McKimm and i-D. “Once I got to the level where I could start shooting covers, and start having to work with celebrities, that became a totally different craft than working with models, where you’re putting your opinions, your vision on them,” he says. “When you’re working with people who already have their own brand, and their own opinions, and their own team of people… it’s more of a dance really.”

As for the future, McKimm is looking forward to paring down his workload and concentrating on the projects he’s most excited about: i-D, Self Service and his work with Vacarello. “It was exciting for me to work with all these different brands and magazines, but now I’m really excited about putting my energy into less things.”