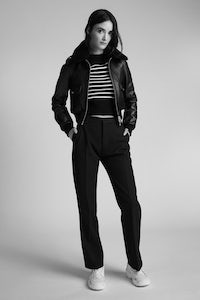 PARIS, France — For its upcoming Autumn/Winter 2018 collection,Parisian menswear label Ami is set to debut a line of “menswear for women” comprising 70 to 80 of its most iconic pieces in sizes and silhouettes targeted to women. The initiative is set to continue for Ami’s Spring/Summer 2019 season.

“I created Ami with this idea of designing clothes for my friends, who are both male and female, so I’ve really always pictured my pieces on both [genders],” says Alexandre Mattiussi, who founded Ami in 2011. The designer began his career in menswear design at Dior Homme, Marc Jacobs and Givenchy, where he jointly led the menswear design team before the arrival of Riccardo Tisci. “This menswear for women line is a natural evolution of the [Ami] story. I wanted to include women in a more concrete way in my work and I look at [the menswear for women line] as being about inclusivity.” 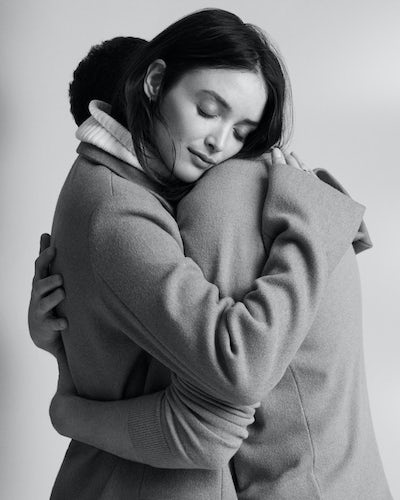 Since Ami's debut Autumn/Winter 2014 collection, female models have walked alongside male models in its shows, dressed in smaller sizes of the brand’s menswear. And over the years, the label has attracted a loyal following of women who have gravitated towards the label’s “boyfriend style,” attention-grabbing graphics, oversized fits and unique textures. Famous female clients include the model Caroline de Maigret, singer Héloïse Letissier from Christine and the Queens and actress Charlotte le Bon.

Last October, Ami teamed up with LVMH-owned e-commerce platform 24 Sèvres to launch its first womenswear capsule collection, inspired by the brand’s most iconic menswear styles. But this is the first time the label is launching a more permanent womenswear presence. The “menswear for women” concept grew from the awareness that, at its core, the brand’s sole focus remains on creating menswear. “Ami is a brand for men, not unisex or for women. But from very early on, we started to see women coming to the store and starting to buy the brand,” Ami’s chief executive Nicolas Santi-Weil told BoF earlier this month.

Last year, Ami’s turnover increased by 50 percent compared to the previous year. During that time, about 35 to 40 percent of all sales were done by women, according to Santi-Weil. In Korea, this number was nearly 50 percent.

Ami currently has six boutiques across Paris, Tokyo, London and Hong Kong, as well as over 300 points of sale worldwide, however its "menswear for women" product will exclusively be available in the brand’s Paris Rue de Grenelle boutique, which will undergo renovations for the occasion. The distribution strategy is a conscious one, says Mattiussi. “I want to meet with the clientele and see how they respond to it… A winter and a summer collection should be a good start to see what they like and don’t like… It’s just the beginning.”

Related Articles:
Women Are Key to Growth in the Menswear Market

How Alexandre Mattiussi Found His Formula