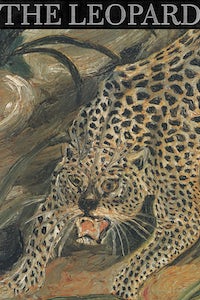 LONDON, United Kingdom — Alister Mackie, the London-based stylist and creative director, has a new publishing project: The Leopard, a limited-edition annual magazine designed to showcase emerging talent, queer and youth culture, and images from the vintage cult titles he collects.

“It’s basically a diary of the year,” explained Mackie, who is also the creative director of AnOther Man, which is owned by Dazed Media, where he started his career with founder Jefferson Hack in 1996. Known for his work as a stylist, Mackie has worked for clients like Marc Jacobs, Lanvin, Louis Vuitton and Alexander McQueen.

The Leopard, which is art directed by Jamie Andrew Reid and will debut with 1,500 copies, is a different kind of project. It has no advertising pages and is funded by Mackie with no link to Dazed.

“Working in fashion is all about deadlines,” he said. “To get to work in that field and not have a looming thing of a deadline or a sponsor is pretty rare, so I just took that and went with it.”

No major designer brands were shot for the pages of The Leopard — typically a requirement for publications that rely on fashion advertisers — just the work of students, modelled by young people from the streets of London.

The back of the magazine has shopping pages featuring limited edition pieces commissioned from a selection of young designers. “Each item is in leopard print in some way,” said Mackie, describing the offering as “beautiful, fetish-y, quite high-end things.”