Reclaiming a trade they once dominated, Arab pearl producers are carving out a niche for themselves in the global jewellery market.

Reclaiming a trade they once dominated, Arab pearl producers are carving out a niche for themselves in the global jewellery market.

RAS AL-KHAIMAH, United Arab Emirates — Imagine putting all your money in a safe, throwing it into the ocean and hoping your cash is still intact when you drag it out a year or two later. Such is the high stakes language that entrepreneurs use to describe the gamble of setting up a cultured pearl farm.

Abdulla Al Suwaidi won’t say just how much he has thrown into the mangrove-peppered waters of Ras Al-Khaimah, an emirate an hour’s drive north of Dubai, but the 41-year-old Emirati has certainly plunged in headfirst. His quest to revive the pearl trade in the UAE has taken 10 years to reach a point where he can now supply global jewellery brands like Van Cleef & Arpels.

“I was employee number one, diving and collecting the shells and learning how to implant them,” he says of the early days of his company Arabian Pearl Holdings. “It is very expensive, and it came out of my savings, but it is a passion project and you have to put your blood into it.”

The Middle East’s passion for pearls runs deep. The trade in the Gulf can be traced back thousands of years and, according to the Gemological Institute of America, the region supplied more than 70 percent of all natural pearls until the 1950s. At the industry’s height, around 1900, it is estimated that 22,000 Arab seamen were out plundering the waters for these naturally occurring treasures.

But things started to go downhill fast for the Arabian pearl industry as the Great Depression laid its chokehold on business, while the experiments of Japanese entrepreneur, Kōkichi Mikimoto, with pearl culturing simultaneously flooded the market with cheaper, more reliable sources than Arabia’s maverick fishermen could provide. As Japan and China sped ahead with modern pearl farming techniques, the Middle East was lured away by the oil boom. By the 1970s, its pearl business had dried up completely. 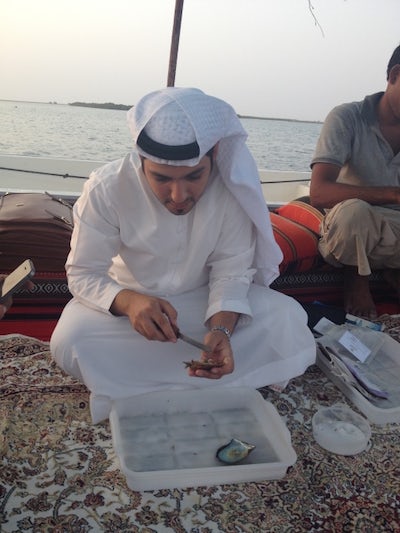 A worker at the Arabian Pearl Holdings farm | Source: Courtesy

Al Suwaidi’s grandfather was one of the last divers to make the incredibly dangerous trips in search of pearls — many divers never returned home from a season at sea, thrown overboard if disease or disaster struck — and as a young teenager Al Suwaidi would listen rapt to these tales of adventure.

Through connections he later made with the Imura family, a family of Japanese pearl merchants, Al Suwaidi set about learning all he could about cultured pearls from these experts in the industry. In 2004, they helped him take Japanese methods to Ras Al-Khaimah, where he opened a farm that now has the capacity to produce 40,000 pearls a year. The pearls, which are never polished or artificially coloured, grow to between 7mm and 9mm and are a creamy white colour with champagne or silvery overtones, with many achieving the top lab grades of A, B and C when assessed on their quality.

To put the farm’s modest output into context, 20 tonnes of Akoya pearls, from Akoya oysters, and 13 tonnes of white South Sea pearls, from silver-lipped South Sea oysters, were produced globally last year, with similar forecasts for this year according to data shared at the International Pearl Forum 2015. Meanwhile, freshwater pearl production in China, where pearls are cultivated in mussels rather than oysters, sits at between 600 to 700 tonnes a year. With an average 7mm pearl weighing about 0.6g, 40,000 pearls makes Arabian Pearl Holdings a minnow, producing only 24kg each year.

One advantage the firm does have is the weather. The warm waters in Ras Al-Khaimah increases nacre production, the secretion made by the oyster that produces a pearl. “It doesn’t take years to grow a pearl in the Arabian Gulf,” says Al Suwaidi. “What you get in 12 to 13 months [in Japan], you get here in the first three to four months. And they get six months of cold weather. Here we do not get winter.”

At present, Arabian Pearl Holdings is selling between 500 and 2,000 pearls a month to local designers and dignitaries, as well as international jewellery brands such as Van Cleef & Arpels and Mouawad for private commissions, but the plan is to take the business to the next level. “I can’t stop thinking about how this could go global,” says Al Suwaidi. “The next step is branding.”

As well as developing its own jewellery brands, Arabian Pearls has also been working with established and emerging designers to raise its profile, lending out pearls for statement designs that do not need to be paid for until the piece sells — not unlike the successful strategy ethical gemstone miner Gemfields employed a few years back to shine the spotlight on its emeralds and rubies. 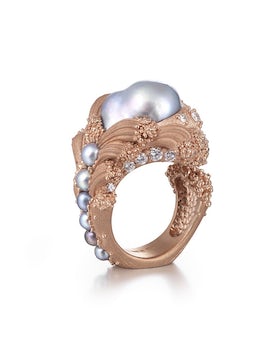 One such jeweller was Ornella Ianuzzi, the 2015 UK Jewellery Awards’ UK Designer of the Year, whose wave-inspired gold ring crested with Arabian pearls won two prizes at the prestigious 2015 Goldsmiths’ Craft and Design Council Awards.

Sarah Ho is another designer involved in the project and unveiled her Lunar Pearl earrings, set with a tumble of Arabian seed, baroque and round pearls at London trade show International Jewellery London in early September. “People were very interested that the pearls were from Arabia and intrigued to find out more,” says Ho.

But not everyone is entirely convinced by the revival of Arabian pearls. Michael Hakimian, chief executive of pearl brand Yoko London and a man who has bought more than $500 million-worth of pearls during his 35-year career, says that while he is open to the idea of buying them, he has reservations. “My first impression was that the lustre was missing,” he says. “Natural Arab pearls were found in deep water where the temperatures are cooler, but commercial farming is shallower.”

While agreeing that temperature does have an effect on nacre production, Dr Laurent Cartier, a pearl expert at the Swiss Gemmological Institute, counters that the lustre issue is “hard to generalise” as oysters tend to adapt to individual environments.

The general consensus is that Arabian pearls do have the potential to succeed. Gemmologist and director of Swiss jewellery brand Frieden, René Lauper reported at the International Pearl Forum this year that global demand is increasing and there is a shortage of good-quality pearls, surmising that “the pearl trade has tremendous potential for expansion.” Plus, Tahitian pearl king Robert Wan’s involvement with the Qatari government — to run a very similar project to Al Suiwaidi’s — should only help to build momentum in the UAE. 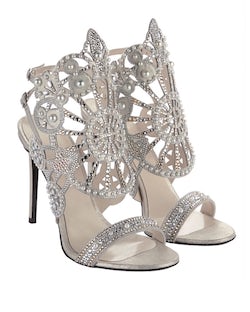 Nevertheless, reviving the Arabian pearl has been a struggle for Al Suiwaidi from the beginning, starting with persuading his own countrymen to believe in it. “I got into argument with people who claimed that the cultured pearl is artificial, that it is not cultural, not traditional,” he recalls.

“I came up with the argument, ‘OK, so what is cultural?’ They would say Arabian pure horses, camels, falcons, and then I would say that even these get artificial breeding in well-equipped labs. It’s the same thing with the pearl.”

Though Al Suwaidi is a skilfully evocative storyteller, underneath the showmanship, you get the impression that this luxury venture is anything but a vanity project.

Niche luxury products will always find a market in places like Dubai, as Nicholas Kirkwood discovered after he sewed Arabian pearls onto a pair of sandals that catapulted their price tag from $1,000 to $15,000 and attracted very eager shoppers from around the region.

While the Middle East may be more famous for its consumption of luxury goods, it looks like this is one export has the potential to redress the balance.