Local resellers using WhatsApp, Telegram and Instagram are filling the gap in lucrative but isolated pockets of the Middle Eastern fashion market.

ISTANBUL, Turkey — A few weeks ago, Demet Mutlu got an email from an enthusiastic stranger in Iraq. “I want to purchase goods from your website at wholesale prices and resell it on my Instagram account,” the email read. In many parts of the world, requests like this might seem bogus, but the 34-year-old founder of Turkish fashion e-commerce giant Trendyol.com knows better than to dismiss them out of hand.

In pursuit of business in new geographies, many e-commerce players plough money into foreign language versions of their websites, backed by complex logistics networks. But for a few lucky entrepreneurs, new distribution opportunities sprout up organically along the pathways of popular messaging and social media apps. Mutlu, for one, gets solicitations like this on an almost daily basis. And little wonder.

The Harvard Business School dropout has built a formidable business, hauling in $250 million a year selling womenswear from the likes of Gucci, Prada and Zara, alongside a host of more affordable in-house brands like Trendyolmilla. Private labels now account for over 40 percent of sales and bolster her aim to take the company public next year. 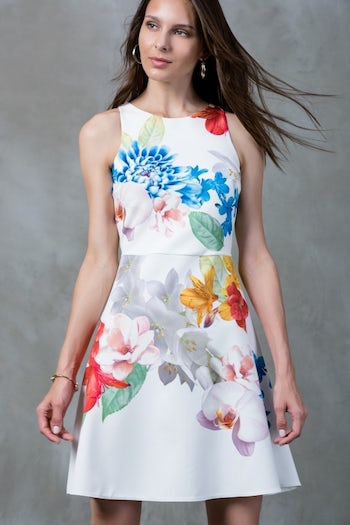 But despite Mutlu’s cosmopolitan background and her firm’s impressive 50-70 percent growth rate in recent years, Trendyol remains a largely domestic business. The website is only available in Turkish and deliveries are only shipped within the country’s borders.

“Even though we currently don’t ship outside of Turkey, our product offering could still end up in [other] Middle Eastern countries. Some private WhatsApp and Telegram [mobile messaging app] wholesalers put photographs of our [private label] products on their Instagram pages and create demand from their followers in those countries,” says Mutlu. “Once their campaign is completed, we [can] ship in bulk quantities to their [Turkish] warehouses and then they deliver these items to end customers [abroad].”

One reason for the rise of such resellers is that not everyone in the region has access to impressive shopping hubs like Dubai, Beirut, Istanbul or Kuwait. In some of the more isolated and unstable corners of the Middle East — particularly those in conflict zones prone to the kind of terrorist attacks seen in recent days and months — retail infrastructure can be poor and few brands are readily available.

A few years ago, the region’s fashion resellers were either small-fry operators or fly-by-night opportunists. But today, more often than not, they resemble the Iraqi reseller who recently tried to persuade Mutlu by email. Highly organised and on a larger scale, many operate well-oiled machines anchored by Instagram accounts that function as de facto fashion catalogues. Their goods are priced with reasonable mark-ups and appear with professionally translated descriptions, sometimes pointing to slick local websites and accounts on messaging apps, where orders can be placed.

Sophisticated resellers like the Iraqi who emailed Mutlu promise to use well-known courier companies to export merchandise via Turkish cities like Gaziantep, avoiding war-torn Syria across the border. In spite of the proximity of armed conflict, they boast remarkable distribution networks stretching across the affluent oil region of Kurdistan such as Erbil and Sulaymaniyah, as well as a dozen other cities around Iraq, from Baghdad to Basra.

Although parts of Iraq are still controlled by the so-called Islamic State and much of the embattled country remains tense, drained or dangerous, there are prosperous pockets of Iraqi society hungry for the kind of affordable and on-trend fashion that populates Trendyol’s private label collections.

We can move from concept to design to manufacture to sale in just one week.

Their appeal can also be understood by Trendyol’s enviable position in its home market where fashion e-commerce rivals like Markafoni or Morhipo and all-category e-tailer Hepsiburada jostle for space. “While we already have the dominant position in Turkey – we have served 12 million customers [in a population of 80 million] – we believe there’s much more to come given Turkey’s rapidly growing, youthful and fashion-focused population,” says Mutlu.

Trendyol has an advanced supply chain and its proximity to Turkish textile sourcing and garment factories allow the e-tailer to nimbly test small batches of product, but move on a grand scale when Mutlu finds a bestseller. “We can move from concept to design to manufacture to sale in just one week,” she adds, claiming that the site refreshes thousands of styles daily and that the price points of her private label pieces can be substantially lower than those of global fast fashion competitors like Zara or H&M. 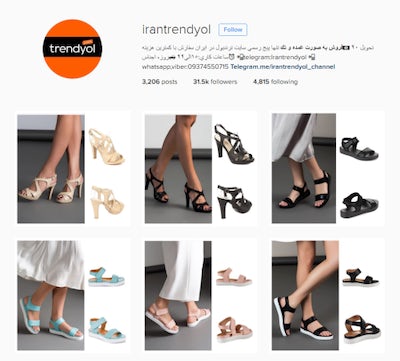 “Although we don’t know every private WhatsApp group selling our products [in the wider region], there are several of them on Instagram, and some even have more than 100,000 followers,” Mutlu says. Some of the most prolific WhatsApp and Telegram groups can be found in neighbouring Iran, where the fashion market is expected to boom in the post-sanctions era but where most international brands have yet to enter.

“The ‘Irantrendyol’ account on Instagram is just one example. Combined [with our own account], it has more 200,000 followers. And on nearly every post on Trendyol’s [official] Instagram page, you can see people outside Turkey asking Trendyol to start shipping to [various other] countries,” she continues, pointing to the many comments in Arabic, Russian, Persian and other foreign languages on the site’s social platforms, which are probably what inspired early overseas resellers in the first place.

Trendyol’s private labels are popular not only in the Middle East but also in Central Asia and parts of Eastern Europe where Turkey has an historic sphere of influence stemming from Ottoman times. This influence has been amplified by the country’s contemporary cultural exports, especially Turkish television dramas that are all the rage across North Africa and the Arab world to the Balkans, Russia and Azerbaijan. As a result, Turkish soap opera stars have become a valuable marketing vehicle for brands wishing to tap into these markets.

“We give our products to TV shows like ‘Kiralik Ask,’ ‘Karadayi,’ ‘Kara Sevda,’ ‘Poyraz Karayel’ and ‘Medcezir’. The actresses from those shows who wear them help drive interest here and in other Middle Eastern countries,” Mutlu explains, citing names like Elçin Sangu, Bergüzar Korel, Neslihan Atagül and Serenay Sarikaya.

“Then, once these shows air [in other markets like] Kazakhstan, Uzbekistan, Greece and Romania, we get requests from those places as well,” Mutlu continues. Unlike Turkish fashion bloggers such as Çagla Sikel and Buse Terim – who each influence the domestic market thanks to about a million followers on Instagram – Turkish actors and actresses help shift product far beyond Turkey’s borders.

Mutlu declines to break out the proportion of sales generated by foreign resellers — due in part to the difficulty identifying which ostensive orders are ultimately forwarded overseas — but clearly they are a growing revenue stream for her business. With so much demonstrated demand for Trendyol’s products from across the wider region, why does Mutlu not cut out the resellers and start investing in the roll out of her site to the many nearby markets?

“We’ve worked with e-commerce partners from Russia, Europe, Middle East and the US but at this point I prefer not to include specific company names,” she says. “Taking a cookie cutter approach to fashion and merely replicating what’s been done in other countries just doesn’t work.”

Unlocking the Enigma of Iran