The event is the culmination of six months of work by InStyle’s editorial team and coincides with the debut of its inaugural “Hollywood’s 50 Best Dressed” list, which hit newsstands on October 16 as part of the magazine’s November 2015 issue. Edited by fashion news director Eric Wilson, the ranking was compiled by a team of 20, who pored over thousands of images of more than 220 celebrities in order to narrow it down to 50. The top 10 is populated with some of the year’s most show stopping red carpet moments, including Rihanna in Giambattista Valli’s pink cupcake gown at the Grammys, Julianne Moore in silver Giorgio Armani Privé at Cannes, and Emma Stone in a custom Lanvin jumpsuit at the Golden Globes. 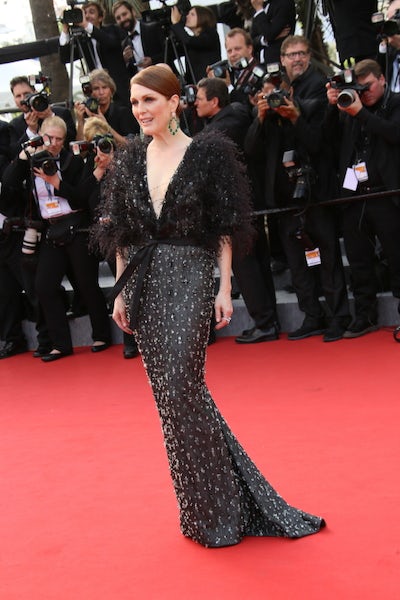 Of course, franchises such as these are nothing new in the publishing world. Vanity Fair has its International Best Dressed List, while the Hollywood Reporter has gained fashion credentials with its authoritative Power Stylists ranking. But more than 20 years after InStyle’s launch, why did the powers that be deem now was the right time to join the action?

“What makes sense for us is to capture what we feel is a moment in the zeitgeist, a confluence of these industries,” says Foxman, who was promoted to editorial director of both InStyle and People StyleWatch in January 2015. While the magazine hosts parties for the Toronto Film Festival and the Golden Globes, the editor wanted to establish an annual event that could stand on its own. “It doesn’t bolt itself to something that already exists in our space,” he continues. “We’re in a unique position in that we are the only brand in our set that sits equally in fashion, celebrity, hair, beauty, and luxury. We wanted to create an editorial platform that spoke to that interplay.”

Foxman is also eager to capitalise on the current cultural buzz around Los Angeles. “Fashion is a real priority [here], meeting celebrity hand-in-hand,” Foxman says. Another factor is the shifting dynamics of the red carpet, which fashion news director Eric Wilson has documented for the magazine each month since arriving from The New York Times two years ago. “A lot of new actresses started appearing on the red carpet in some of the most insider, unexpected dresses,” Wilson observes. “Hollywood is incredibly competitive, and stars are much more focused on how they present their image to the world.” British designer Mary Katrantzou, for instance, has become a favourite, worn by the likes of actresses Jessica Chastain and Kiernan Shipka.

Actresses are also working hard to find the right brand partnerships in the vein of Jennifer Lawrence and Dior. “No [job] within the entertainment field pays as quite lucratively as it once did,” Wilson says. “This can be another source of income.”

While “Hollywood’s 50 Best Dressed” may consist of celebrities InStyle believes are using the red carpet to their greatest advantage, the accompanying awards recognise those who have steered the red carpet in its current direction.

Consider Ghesquière, who will be honoured as Designer of the Year. “I wanted to be able to acknowledge someone who had an amazing impact on fashion in general,” Wilson says. “When you look at the trends that came out of the last three seasons, it all ties back to the first collection he did for [Louis Vuitton].” What’s more, Ghesquière’s friendships with several A-list stars, from Jennifer Connelly to Charlotte Gainsbourg, mean that Vuitton is now a red carpet fixture. 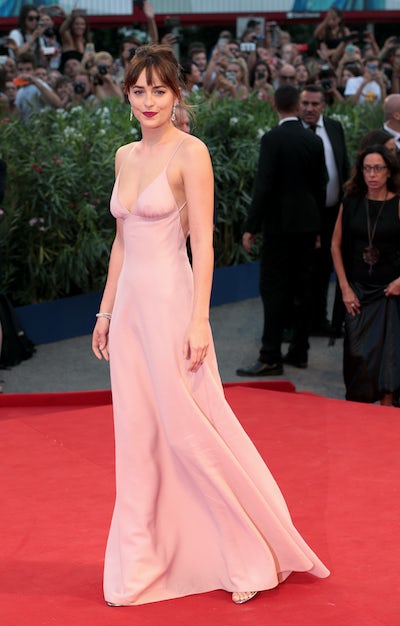 Stylist Kate Young, who frequently dresses her clients in Louis Vuitton, will also be recognised. Three of Young’s clients — Sienna Miller, Selena Gomez and Dakota Johnson — have had transformative years both on and off the red carpet. But it was Johnson’s jump from former Miss Golden Globe to Fifty Shades of Grey star, aided by Young, that truly captivated the InStyle team. “Kate’s very clever,” Foxman says. “It’s personality-driven styling, always with elegant sophistication.”

The InStyle Awards and accompanying “Hollywood’s 50 Best Dressed” list may indeed help to reinforce the magazine’s stronghold at the intersection of fashion and celebrity, a place that has become increasingly crowded as both traditional publications and digital upstarts alike generate their own best-dressed lists and fashion-driven editorials. While InStyle’s celebrity-driven editorial was unique when the publication launched in 1994, today, WhoWhatWear, Violet Grey and YahooStyle — to name just a few — feature starlet spreads on a weekly basis.

Amidst the clutter, an editorial franchise is an opportunity to appeal to advertisers that are looking for added value in a world of shrinking print advertising budgets. To be sure, it’s believed that the American edition of InStyle has fared better than many of its competitors. From 2008 to 2013, the magazine claims to have had a higher circulation and number of ad pages per year than any other women’s title in the US. But its online audience is relatively small, if growing. In September 2015, according to Comscore, InStyle attracted 4.3 million readers to its website, up 76 percent from 2.4 million in 2014, but significantly below digital-first publications in its competitive set. Refinery29, for example, attracted 22 million unique users, while Pop Sugar Style had 9.3 million.

In the first half of 2015, InStyle’s average monthly audience across all platforms hit 13 million, up 9.7 percent from the same period in 2014. But the title ranked below the American editions of Glamour (17.7 million), Vanity Fair (16.1 million) and Vogue (15.4 million), according to the Association of Magazine Media.

InStyle’s internal numbers paint a prettier picture, however, pinning the average monthly audience across all platforms at 24 million, which includes the publication's social following — a figure that the Association of Magazine Media doesn't track. InStyle also says that it has the largest number of female readers with a household income of $100,000 or more, and the highest median household income in its competitive set ($74,039). “When I started at InStyle, I was blown away by the fact that readers purchase an average of nearly eight items per month based on the ads alone,” says the magazine’s newly minted publisher, Patrick J. Connors, citing a survey conducted by consumer research firm GFK MRI. “The spending power of the InStyle audience is unmatched across the category and is a significant driver for advertiser investment.”

For now, the InStyle Awards are a pure editorial play, although it’s recognised that a headline-making event of this sort will fit nicely into the publishing team’s sales pitch. “We made a conscious decision to keep this as an editorial event for the first year so it could live on its own, with the intention of monetising it next year with the right partners,” Conners says. “InStyle reaches over 24 million consumers each month, and with an event like this, that number skyrockets.” A future sponsorship might look something like Max Mara’s support of the magazine’s Toronto Film Festival party. “In addition to red carpet celebrity dressing, the sponsorship was instrumental in helping Max Mara expand their presence in the Toronto market and deepen their relationships with major film talent,” explains Conners. “This year will be our 17th year hosting the official Golden Globes After Party,” he continues. “We know that InStyle’s event formula works for advertisers because L’Oréal Paris, which has been our party sponsor for multiple years, will be returning in 2016.”

But the question remains: will the InStyle Awards and its accompanying “Hollywood’s 50 Best Dressed” list serve the magazine just as well? “I don’t want to make it sound like we’re the scientists of the red carpet, but we did put six months on this,” says Wilson. Indeed, Foxman believes that it will work, if only because there is no one as well positioned to pull it off. As he puts it, “We own the red carpet.”