The ascent of New York menswear label Public School hasn’t been the bump-free upward glide that their much-buzzed-about status would suggest. BoF sat down with designers Dao-Yi Chow and Maxwell Osborne, and stylist Eugene Tong, whose expert touch has helped put the young label’s fresh mix of sportswear and tailoring on the fashion radar, to discuss the brand’s rebirth.

NEW YORK, United States — “I think people give me more credit than is due,” says Eugene Tong, senior style director at Details magazine, who styles the presentations of the burgeoning New York menswear label Public School. Tong is being humble. In fact, the fashion editor and stylist is arguably the quiet force behind the ascent of what is one of America’s most promising young fashion brands.

When it comes to womenswear, stylists with a sharp editor’s eye have long been one of the most potent weapons in a designer’s arsenal. Carine Roitfeld (Tom Ford, during his Gucci years), Melanie Ward (Helmut Lang) and Venetia Scott (Marc Jacobs) are amongst the most prominent examples, whose personal style and unerring eye have helped showcase a designer’s vision to maximum advantage. But on the menswear front, the phenomenon is less common.

Tong is an especially rare case: a consultant and collaborator who both personifies the label’s ideal customer and happens to be a leading tastemaker, known for having his finger on the pulse of the menswear market and composing compelling looks that a wide range of men want to wear. 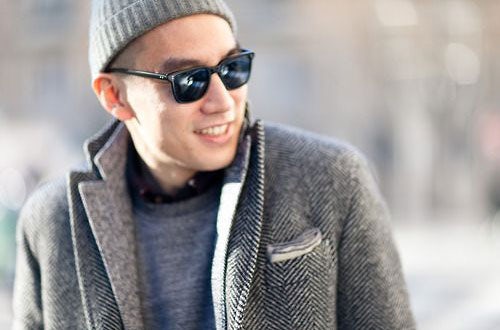 Public School was originally launched by designers Dao-Yi Chow and Maxwell Osborne back in 2007. But 2013 was a breakout year for the young brand, which took home the Swarovski Award for Menswear at the Council of Fashion Designers of America awards in June, then bagged the CFDA/Vogue Fashion Fund’s top honour in October. Importantly, the accolades were accompanied by promising business results: Public School’s revenues have grown from about $100,000 in 2011 to $573,000 in 2012 to $700,000 in 2013. Over the past year, the label’s network of stockists has grown from 6 to 33.

In Tong’s opinion, Public School’s ascent has a lot to do with good timing. “The general interest in menswear has gotten to a point where people really want cool, masculine clothes. At the same time the Americana, the heritage, even that Italian Pitti Uomo kind of dressing that was so popular hit saturation point. As an editor, I am always trying to find a new aesthetic or a new point of view and I think the Public School aesthetic hit at the right time, because guys were figuring out that perhaps dressing like an Italian everyday wasn’t necessarily the look they wanted to do.”

In contrast, Public School offered a carefully considered range of sportswear staples that reference urban streetwear and hip-hop while simultaneously dipping into the stylistic vocabulary of high-fashion stalwarts like Rick Owens, Helmut Lang and Raf Simons, without demanding the purist’s devotion required by avant-garde labels. This meant casual essentials like T-shirts and knits, but also more tailored pieces, including coats and suits, a lot of it predominantly in black, as one would expect from a brand that leans heavily on New York City as its calling card.

Of course, this isn’t the first time a menswear label from New York has garnered buzz with a decidedly anti-prep, sharply tailored sportswear aesthetic in a dark palette. In the early 2000s, Alexandre Plokhov’s label Cloak was celebrated for integrating a distinctly Manhattan sense of grit with the brooding emotion and high tailoring of European menswear. (The label shut its doors in 2007.)

But things have changed since those days, with an ever-more diverse range of influences making up the unique cocktail that epitomises New York cool. The rise of streetwear brands like Supreme and of high-low emporiums like Opening Ceremony, in particular, reflect the taste of a male consumer who, while being more interested in fashion than ever before, refuses to be pigeonholed into an easily-defined style tribe.

Like in music, food, and other cultural spheres, mixing things up is the name of the game, creating a unique opportunity for fashion brands that factor this into their approach, from design to styling to merchandising. Sure enough, “mash-up” is a term Tong likes to use. The stylist, who himself became a fixture on street-style blogs thanks to his skilful pairing of streetwear and avant-garde designers like Dries Van Noten, pushing the envelope of menswear without falling off the edge, has become a natural poster child and translator of Public School’s aesthetic.

But Public School’s story hasn’t been the bump-free upward glide that their much-buzzed-about status (as well as Chow and Osborne’s effortlessly cool personal appearance) would suggest. Indeed, the current incarnation of Public School is the brand’s second coming, or “Public School 2.0,” as Chow jokingly calls it.

Chow and Osborne’s journey first began when they met working at rapper P. Diddy’s urban sportswear brand Sean John over ten years ago. “Hip-Hop really informed a lot of our choices and taste and point of view,” says Chow. After both left the company, they collaborated again on a private label for Arrive, a store Chow had opened in Miami. Knowledge of the fashion industry and international exposure the two friends gained from going to trade shows and buying trips – combined with the urban streetwear roots of their personal style (both Chow and Osborne grew up in New York City) – fuelled the idea to start a label that fused the two seemingly contrasting points of view. The seed for Public School was planted.

The label’s first incarnation debuted in the Fall of 2007 and, according to Chow, in its first year Public School’s orders surpassed $1 million dollars. Indeed, things seemed to be going well for the upstart brand, until they came to a crashing halt in 2010. That year, Barney’s decided to stop carrying the collection, a decision that represented a major setback for the young label. Since the retailer accounted for more than half of Public School’s business, losing the account meant that after seven seasons, Chow and Osborne were forced to stop manufacturing and suspend their label.

Looking back, the designers think that their main stumbling block, apart from over-relying on one retail account, was growing too fast, too soon, in an uncontrolled manner. “Things got really big really fast for what was a very small company with no plan,” says Chow. “We could not manage it, we could not keep up with production and we were pricing ourselves out,” he continues. Quality control, in particular, became an issue. “We were manufacturing overseas [in China], so the price-value started to not hold up for what it was.”

Ironically, or fortuitously, at the same time Public School were selected to be part of the CFDA’s inaugural incubator program, a business development initiative that supports young brands by providing low-cost studio space as well as mentoring, seminars and networking opportunities. “That really changed the course of everything for us,” remarks Chow, while Osborne, the duo’s quieter half, simply sums up the two years by saying, “We learnt a shit-load.”

“Being in the incubator forces you to do the things that you should be doing, but that you don’t really want to do,” Chow explains, meaning the need to think long-term and develop a sound business plan in addition to a creative vision. Among the concrete skills they acquired during their time in the incubator, Chow and Osborne learnt how to succinctly pitch their brand, its market positioning and its growth prospects. In fact, the designers say they have successfully re-used the final presentation they gave to NYU Business School graduates, venture capitalists and angel investors as part of the program. But most importantly, the hiatus left the designers with “a newfound confidence and desire to create the label that we had set out to do in 2008,” says Chow.

In 2012, Public School came back with a determination to do “everything that companies that want to be successful do.” In order to be able to exert better control over quality, Chow and Osborne decided to have their entire collection manufactured in New York and took on a strategic partner, Alan Mak, to help finance production. Furthermore, in a critical move, Chow and Osborne decided to start showing at New York Fashion Week (before, Public School collections had only been shown to buyers at trade shows), and invited Tong to style their presentations.

Tong instantly agreed — and not just because he counts the designers as friends. “Because of my job at Details, I see everything that’s out there and their aesthetic that they retooled and came back with, to me as an editor, seemed to hit a note and strike a chord with what’s happening in the world of menswear.”

Tong sees his role as bringing an “outside, macro perspective of the entire menswear industry” to the designers’ vision, which by nature can be solipsistic. “Of course, if they need my advice or if they need a contact, or need me to try and get an editor to come and see their stuff, I’m happy to do anything for them.” But he insists that, “the styling is only dope because the clothes are dope.”

For their part, the designers say that bringing Tong onboard was an integral part of their decision to re-launch the brand. Their second time around, Chow and Osborne made a conscious choice to stay true to Public School’s original aesthetic, but to “make it less niche.” And, without doubt, Tong has been crucial to Public School’s efforts to make the brand more accessible and attractive to a wide range of men, a strategy also reflected by the label’s broader offering, which now also includes suits, footwear (made in collaboration with Generic Man) and denim.

In Chow’s words, “Eugene epitomises the Public School guy, who is at the centre of different worlds and personifies New York, where high and low mix seamlessly. He can take our vision and dress it so it speaks to a variety of guys, including the guy that wants to start dressing down, but also the guy who wants to start dressing up his look.”

For now, the designers are putting their most recent cash prize to good use. As a direct result of winning the CFDA/Vogue Fashion Fund, Chow and Osborne have hired six full-time and three part-time employees. “The prize money is going into hiring staff that we sorely needed and building the infrastructure to be able to support new brand extensions and categories.” Clearly, the designers have learned from their mistakes and are expanding cautiously. “We are entering it a little bit more slowly. Even pulling back on distribution where you would think we would want to ramp it up.”

The outlook is certainly good for Public School, thanks to a better product, a market that is ready for their aesthetic, and no small amount of support from all the right places. It remains to be seen, however, if the brand can turn its current, mostly local momentum into scalable success.

At the moment, the label’s international profile is remarkably low, as Chow acknowledges: “Right now we are only in Isetan in Japan and at Harvey Nichols and Matches in London, so there’s a huge growth opportunity for us internationally.” Accordingly, the designers have set their sights on the rest of the world. They also plan to expand their accessories business and may, eventually, launch a womenswear line, say the designers.

If the response to the brand’s retooled men’s collection is any indication — and with Tong as its sharp-eyed guidance counsellor — Public School’s attendance looks set to rise.