The heritage brand, famously worn by rock stars from The Who to Oasis, is to design looks for British athletes at the 2020 Tokyo Olympic Games.

LONDON, United Kingdom — Ben Sherman has been a fixture across generations of style movements — its shirts, in particular, were a staple during the golden age of British youth culture and rock stars from The Who and Oasis to The Jam and Madness wore the brand’s designs.

Now, it is about to represent Britain in a different way, having been appointed the official supporter for Team GB at the Tokyo 2020 Olympic Games. As part of the multi-year agreement, the lifestyle brand will create exclusive looks to be worn by British athletes during the official opening ceremony, as well as a capsule collection of apparel pieces for retail.

The high-profile deal comes at an important juncture for the brand. In 2015, Marquee Brands, a US-based acquisition, licensing and development firm, purchased the then-loss making label for £41 million from its previous owner, Oxford Industries, also based in the US. However, the company now appears to be making a turnaround as it returns to growth.

According to Michael DeVirgilio, president of Marquee, Ben Sherman has seen 8 to 10 percent year-on-year growth in recent years. “We believe that the brand is much bigger than the business we took on, so we’re working on global expansion as well as core markets,” he told BoF. Having recently launched in Latin America and Mexico, the brand this year signed a deal with new distribution partners in Spain and Italy.

We've taken a little bit of inspiration [from] the 1964 Tokyo Olympics. Ivy League was really big.

While Ben Sherman takes over from Stella McCartney, who, in partnership with Adidas, previously dressed the British Olympians at both the opening ceremony and throughout the competition, Adidas remains an official sponsor and will provide kit for the athletes to wear across all the Olympic sports.

For Talbot Logan, senior vice president of management at Marquee, which also owns BCBGMaxAzria, BCBGeneration, Bruno Magli, Body Glove and Dakine, “There’s nothing better than getting involved with the world calibre of athletes that Team GB represents and the opportunity to make them look their best on a global stage, while also showcasing what Ben Sherman is about from a style and fashion perspective.”

Ben Sherman creative director Mark Williams, who joined in 2006, will head up the design direction of the opening ceremony looks, while also designing a capsule collection of 20 to 25 exclusive apparel styles that will be available at Ben Sherman and select retailers, with proceeds from the sale going to support British Olympians.

“We've taken a little bit of inspiration [looking] back at the 1964 Tokyo Olympics [and] at the athletes when they're hanging away from the track,” Williams said. “I'm looking at the iconic silhouettes at the time. Ivy League was really big in Tokyo and Ben Sherman took a lot of his points of reference, because the brand was founded just a year before. That was the focal point for us.” 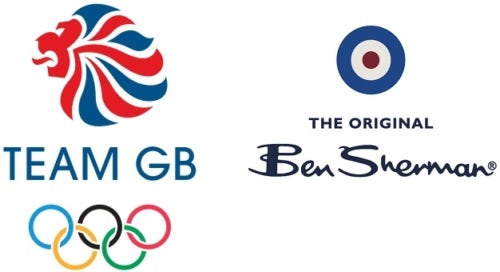 The deal is an investment for Ben Sherman as much as it is also an honour. After all, the Olympic Games present brands with a unique opportunity to captivate consumers with sponsorship deals and savvy marketing campaigns that are clever and relevant, and can consequently play a major role in generating brand awareness and consumer engagement.

Earlier this year, Asics was announced as the official supplier of both the Japanese Olympic and Paralympic teams at the 2020 games. The brand has since revealed it would make kits and uniforms for athletes and officials from recycled fibres. Meanwhile, Uniqlo has signed a four-year contract with the Swedish Olympic Committee, with Tadashi Yanai, founder and chief executive of parent company Fast Retailing, saying at a press conference in Tokyo that the brand regretted not being able to outfit athletes from its own country.

This is the second time Ben Sherman has worked with Team GB, having provided official outfits for the Athens 2004 Olympic Games. According to a spokesperson for the British fashion brand, the deal was “a high-profile springboard” that gave it “momentum.” Thanks to the visibility it received through the prestigious partnership, Sherman soon after launched a women’s collection and began to expand its retail doors in the US. (Today, there are 6,000 wholesale accounts and 50 owned retail locations worldwide, with plans to grow to 100 over the next few years.)

Logan acknowledged that “one of the big differences between 2004 and 2020 is the role of social media and digital content, which has exploded in those last 16 years,” he said. “We’re thinking about how to use the next 14 months to engage our consumers and using the British athletes as brand ambassadors, really getting to know their back story and creating a community around the team.”

Ben Sherman was launched in Brighton in 1963 when founder Arthur Benjamin Sugarman (who later changed his name to the more all-American sounding Ben Sherman) observed members of the growing mod movement in the 60s were buying imported preppy button-down shirts, made by American brands such as Brooks Brothers, and decided to create his own version, before selling the brand in the 1970s.