BERLIN, Germany — Berlin is well known for its hedonistic club culture, underground art scene and the creative freedom that relatively low rents offer its inhabitants. Now, communications agency Reference Studios is hoping to better integrate fashion into the mix with its a new festival: Reference Berlin.

Masterminded by Mumi Haiati, the founder of Reference Studios, with the support of 032c’s Joerg and Maria Koch, the 24-hour event will bring together a range of brands and creative individuals — spanning fashion, art, technology and music — with a mix of installations, performances, workshops and panel discussions.

About 1,500 people are expected at Reference Berlin, which will be held in an abandoned parking lot situated in South West Berlin’s hip Neukölln neighbourhood. The festival was fully funded by Reference Studios, and will kick off at midday on May 18. The theme for the inaugural event is “Working Out Loud,” a learning philosophy that centres around collaboration and sharing information and ideas, said Haiati. 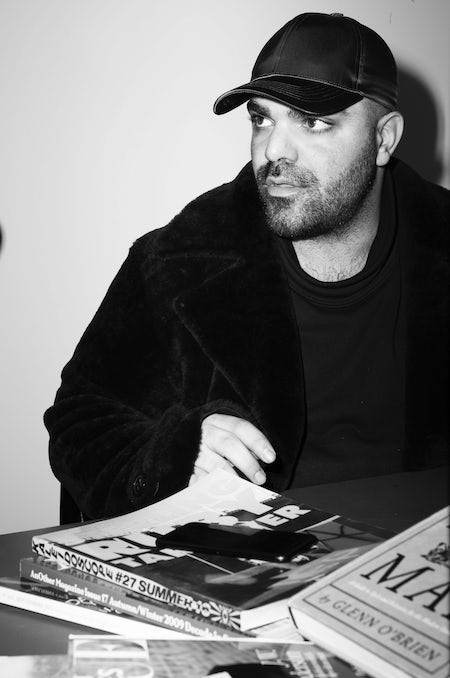 “[Reference Berlin is] an open platform for brands to collaborate on, together with artists, and basically do whatever feels right for them,” he said, adding that participants and attendees will be coming from around the world. “It’s important for us to be able to connect local talent with international players, so it can also be seen as a networking platform to exchange and share information.”

From the fashion world, both big luxury players and emerging designers will have a presence at the festival, from Gucci, which will host the festival’s opening dinner, and Comme des Garçons parfums, which will debut three new fragrances with a film installation by Matt Lambert, to designer Martine Rose and streetwear label Alyx. Other participants include Gosha Rubchinskiy, whose new brand GR-Uniforma will unveil a collaboration with Diesel Red Tag, Highsnobiety and Gentle Monster.

“It appeals to my sense of collaboration,” said Rose. “I really love it when worlds collide, I feel that’s when interesting things come out. And this sort of mish-mash of ideas and various elements from all different parts of the creative fields… is just really exciting and dynamic.”

Berlin has attracted thousands of creatives and given birth to buzzy labels including 032c and GmbH. Yet, the city's avant-garde fashion scene has long lacked an exciting gathering of its own. Berlin's Gallery Weekend is well attended but largely art focused, while Berlin Fashion Week carries little clout with creative talent.

“There was very little room for creativity [at Berlin Fashion Week],” said DJ and producer Michel Gaubert, who will be taking part in the Reference festival. “I think it's going to bring more openness and newness. It’s not a generational thing, it’s an alternative vision.”