PARIS, France — Christophe Lemaire is joining Uniqlo, the Japanese purveyor of colourful, well-designed basics, as artistic director of a new Uniqlo Paris R&D Centre. He will also design a new Uniqlo line, dubbed Uniqlo U. Previously, Lemaire (together with Sarah-Linh Tran, his partner in life and work) worked with Uniqlo on the brand’s “Uniqlo and Lemaire” collection. But the new design centre and line are reflective of a much deeper partnership. The first Uniqlo U collection will be unveiled during Paris couture week in early July and hit retail stores for the Autumn/Winter 2016 season. Lemaire will continue to design his namesake label.

“I am delighted to welcome Mr Christophe Lemaire as a member of the Uniqlo team. I have time and again been astonished by his outstanding talent in working together to create the Uniqlo and Lemaire collection. I look forward to seeing more of the innovations that he inspires, and I am confident that his tremendous experience and talent will thrive at Uniqlo,” said Tadashi Yanai, chairman, president and CEO of Fast Retailing, Uniqlo’s parent company.

The announcement is a significant step for both Uniqlo and Lemaire. It also tells a potent tale about fashion’s shifting tectonic plates. For 25 years, Christophe Lemaire has bobbed and weaved through the industry, interning with Lacroix, Saint Laurent and Mugler, designing under his own name for ten years before a decade-long stint with Lacoste, then resuscitating his label while he succeeded Jean Paul Gaultier as creative director at Hermès. The party line when he left Hermès after four years was that he wanted to focus on his own business. So, when Lemaire first signed with Uniqlo, it seemed logical enough to assume the result would be another of those heat-generating designer collaborations that blows up fast, cools down just as rapidly, and hopefully leaves its namesake with enough money to underwrite his continued independence. Except that’s not what happened. 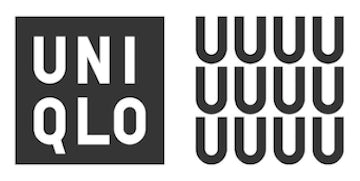 The Uniqlo U logo | Source: Courtesy

“Uniqlo and Lemaire” did indeed blow up fast, so fast that Uniqlo had initially wanted to extend the collaboration for another season. But Mr Yanai had a grander plan: no mere collaboration, but a full-blown atelier; a research and development centre in Paris that Lemaire would staff and lead, building an entirely new design concept within the Uniqlo brand, a more refined version of the company’s “LifeWear” ethos — but integrated into the core offering, as opposed to some kind of “black label.” And, despite the timing of the offer, coming just as his own label was picking up a real head of steam, Lemaire said yes.

“Of course, I was worried about dividing my attention, just as attention was turning to our label, but I could feel Mr Yanai’s support and I knew I could trust them not to compromise on the quality,” he says, and is quick to point out that the decision wasn’t a financial consideration either (though he wryly admits that six years ago, things were going so badly he’d have been happy to sacrifice his own brand). Rather, the opportunity fulfilled a long-time dream for Lemaire. “The opportunity to design good clothes for an affordable price is what excited me about Lacoste at the beginning,” he explains. “And when Uniqlo contacted me after I left Hermès, it was the same thing. ‘The best of the most at the least’ — that’s how I think of it. Japan has an amazing sense of precision and honesty in the quality. Even the simplest thing will be the best quality, regardless of price.”

This is deeper than a collaboration. Customers don’t care about another one, they just want to find the right product.

The concept isn’t entirely new. Five years ago, Jil Sander and Uniqlo embarked on a similar collaboration under the equally cryptic title +J. “We had that in mind,” Lemaire concedes. “But U is a little more democratic. The biggest issue was to design things that are essential enough to be timeless, and understood by everyone. Elevated basics, I call them. Our ambition is to fill the gap between what’s fashion and what’s ‘normal.’ I know the word ‘normcore’ is overused, but there’s something about normality I find very interesting — how do you make it super normal but refined and cool and desirable?”

There are 12 little u’s in the big U logo, emblematic of the fact that the collection is produced by a team. (There are, in fact, 15 in the team, working on men’s and womenswear, knits, shoes and leather accessories.) “It took six months to recruit the right people who understood it was industrial design, not fake luxury or fake fashion,” Lemaire explains.

“The emphasis has been on the team, from the first sketch to the ad campaign. We’re like a commando unit, or a start-up. I want to show that trying to make the perfect product needs a lot of work. It’s not about being on your own in your office at three in the morning. I never really believed in the designer who knows everything. I’m the leader on this project, but I need an exchange.” It’s telling that Lemaire’s name appears nowhere on the label. That’s how he wanted it. “This is deeper than a collaboration,” he explains. “For me, they’re getting a bit artificial. Customers don’t care about another one, they just want to find the right product.”

It took six months to recruit the right people who understood it was industrial design, not fake luxury.

With his own label, the creative exchange was always with Sarah-Linh Tran, who is not involved with Uniqlo U. Their serene, sensual designs continue to build a loyal following, and the label is now sold in 170 stores worldwide. It is most definitely artisanal, as opposed to industrial, design. U, on the other hand, will be available across Uniqlo’s global network of 1,774 stores, with somewhere between 500,000 and 1 million units of each style produced. That begs the question about what kind of adjustments — compromises, even — Lemaire had to make. “It was completely unknown, like a virgin territory,” he admits. “Uniqlo is a huge brand with a certain way of working which I didn’t really understand in the beginning. The way merchandisers conceive design is different from my background. When you bring volume, for instance, sometimes they worry it’s not made for all. But compromise? There was none that I wasn’t ready to make. When you start working on such a concept, the price point is, of course, an issue. So we know from the beginning it has to be more cotton than expensive wools. But, to be honest, I’ve been quite surprised that I haven’t had to make such compromises.” That is probably why Lemaire’s passage from Hermès, apogee of elite artisanship, to Uniqlo, casualwear behemoth, was so seamless. “They’re not at all contrary in concept,” he says. “They’re both trying to bring simplicity with the best quality. The knitwear at Uniqlo is not that far off from Hermès.”

That sounds like a pretty concrete illustration of “the best of the most at the least.” Lemaire says Tran is a little nervous about the impact of “the most” on Lemaire the label. “I can’t help giving a bit of Lemaire to Uniqlo,” he acknowledges. But what about the other way round? Will Uniqlo give a bit to Lemaire? “I wonder,” he muses. “Maybe it will elevate it, make it more precious. We’ll know in October.”

Christophe Lemaire Says Cohesion and Teamwork Are Most Important