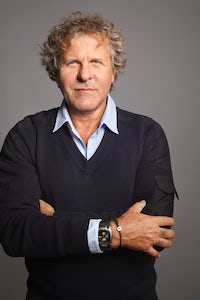 The investment company is the second biggest investor in Yoox-Net-a-Porter and also has minority stakes in a number of different businesses including peer-to-peer shopping app Depop and digital start-up incubator H-Farm.

Founded in 2008, Tomorrow London operates as a wholesale distributor and advisor to over 60 brands including Marni, Rebecca Minkoff, Tibi and Frame Denim, with large-scale showrooms in each of the major fashion capitals. It received a £15 million ($19.5 million) investment from Three Hill Capital Partners earlier this year.

The investment by Red Circle will help the company to build up scale, says Tomorrow London chief executive Stefano Martinetto, who tells BoF that he will focus on adding further capabilities to its omnichannel offerings such as improving its digital systems.

“It’s about scaling up the company to a far more significant size,” he says. “Obviously an investment will increase our ability to deploy capital and the targets we do have are expanding our ability to distribute and wholesale designer in several territories.”

“We do believe there is a substantial lack of concentration within in the industry of showroom and distribution,” he continues. “Certainly the second part will be to increase the demand of multi-sales that we are facing and the digitalisation of all the processes.”

Rosso, who has known Martinetto for many years, said the pair has spoken about working together and the decision to invest in the company would bring an extra point of contact with young emerging talents, something he is passionate about supporting.

“I followed their work long enough to be impressed by their way of discovering and supporting new designers,” said Rosso, who is also president of Only the Brave (OTB), parent company of Diesel, Maison Margiela, Marni and Viktor & Rolf.

“Also for OTB it could be an interesting opportunity because we will have the possibility to see new creativity first hand and eventually, consider to make it become part of our group.”

Rosso will join Tomorrow London’s board of directors and provide help and advice to the company when needed. It could also stand to benefit from OTB’s manufacturing capabilities, he adds.

Tomorrow London conducted a management buy-out in November last year, and reported earnings before interest tax depreciation and amortisation of more than £3.1 million ($4 million) in 2015, which it aims to double in the next five years.