BoF speaks to Renzo Rosso, Alessandro Bogliolo, Nicola Formichetti and Andreas Melbostad for an inside look at how the company is re-energising the brand.

BREGANZE, Italy — “Diesel, after so many years, was tired,” sighed Renzo Rosso, the company’s 59-year-old founder, sitting in his art-strewn office on the top floor of the company’s modern, campus-like headquarters, equipped with everything from a helipad to a nursery, set amidst the greenery of the Italian countryside about an hour outside of Venice. “We are a good company, but the brand had started to suffer,” continued Rosso, whose greying curls and tattoos gave him the appearance of a retired rock star.

It’s a much wider concept than people may have perceived. It’s really the reboot of the entire brand.

For more than two decades, sales of Diesel — which Rosso founded in 1978 and grew from a denim specialist into a multi-billion dollar lifestyle giant, selling everything from fragrance to furniture — enjoyed strong double-digit growth, driven largely by the success of its premium denim offering and irreverent, controversial marketing. In the late 1990s, Diesel jeans, with their signature red pocket flags, were a must-have. But a couple of years into the new millennium, Diesel started to stagnate. The brand lost its aura of cool and growth fell into the single digits.

Long before the words “contemporary” and “advanced contemporary” entered the fashion lexicon, Diesel helped to pioneer the space between mass market apparel and high fashion brands. But in the intervening years, the arrival of sophisticated new labels like Rag & Bone, 3.1 Phillip Lim and Alexander Wang eroded Diesel’s premium positioning. At the same time, Diesel’s dominance in denim came under attack from both fast-fashion retailers offering mass-produced denim at very low prices and a wide range of rising premium denim specialists, like Acne, Nudie and J Brand.

Critically, the mischievous and unorthodox Rosso, whose own personality had driven much of Diesel’s uniqueness, had also become less involved in the company. “From the end of 2002, when I started to buy other companies, I gave Diesel less and less of my time,” said Rosso, who is, today, chairman of Only The Brave (OTB), an “alternative to luxury” group which owns Diesel, as well as Maison Martin Margiela, Viktor & Rolf, Marni and Staff International (which produces and distributes products under license for DSquared2, Just Cavalli, Vivienne Westwood Red Label and others). The brand’s health deteriorated. “It was really time for Diesel to again become so cool and so fresh, like we were before,” said Rosso.

In a bid to boost desirability, he brought in fresh blood in the form of artistic director Nicola Formichetti (who had previously worked for Uniqlo, Mugler and Lady Gaga) and chief executive Alessandro Bogliolo (who joined the company from Bulgari). He also promoted Andreas Melbostad to creative director of Diesel Black Gold, the brand’s high-end label. “I am almost 60. If you want to play soccer you can be, maximum, 32 years old,” said Rosso, drawing a football analogy. “But you can run a soccer field,” he quickly added. “That’s the difference now. I run the soccer field with good players.” Indeed, with the right team in place, the stage was set for what Formichetti dubbed a “reboot.” 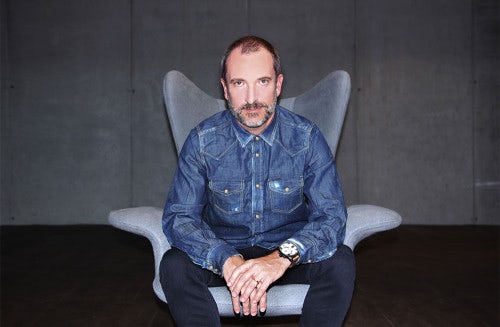 Last fall, the brand launched a major #Diesel Reboot campaign, featuring young creatives cast on Tumblr rather than professional models. “I want Diesel to be the coolest brand on the planet,” declared Formichetti. In April, he staged a large-scale fashion show in Venice (complete with an appearance by rising stripper-turned-rapper Brooke Candy) re-asserting Diesel’s long-standing stylistic pillars — denim, leather and military — while signalling just how much the brand was moving beyond its recent past. “Message-wise, it’s about saying we’re not only interested in fashion, but something else, something bigger than fashion. We’re interested in culture and music and people. It’s really a big part of the DNA of Diesel.”

But Diesel’s reboot extends well beyond marketing and communications, going right to the core of the company’s business strategy. “It’s a much wider concept than people may have perceived. It’s really the reboot of the entire brand,” said a fresh-faced Bogliolo in his first interview since taking the reins as Diesel’s chief executive. “Of course, there are the communications, the advertising — but there is also the strategy behind everything: it’s an overall evolution towards more quality in every single expression of the brand,” he added. “This is the way we want to move Diesel.”

Revamping the product — both within and beyond denim — was one of the company’s first priorities. “I think in the recent past we have been a little bit generic,” said Bogliolo. “For me, it’s about bringing fresh air and modernity to the collections — a stronger statement,” he continued.

“We want the clothes to be very well made and good quality; more premium than before,” said Formichetti. “First of all, we want to make denim even more of a premium thing. We need to differentiate ourselves from other denim brands that do mass-produced denim for really, really cheap,” he continued. “But, also, we don’t want to be considered just for denim. It’s the biggest part of Diesel, but we do so many other things too.”

For a brand whose consumer base has long skewed male, revamping Diesel’s womenswear offering has also been a key focus of the reboot. “The biggest change is in ladies’ apparel,” said Bogliolo. “In the past few years, we lost a bit of personality when it comes to female apparel. One of the innovations under the direction of Nicola is to clearly define a style for our female apparel. There’s denim, there’s leather, but with a feminine touch.”

Diesel’s high-end extension brand, Diesel Black Gold, is set to play a critical role in the company’s upscaling effort. “There is a commitment to the advanced contemporary area with Diesel Black Gold,” explained Bogliolo. “Going around the world, more and more, you see that contemporary floors in department stores and multi-brand retailers have been upgraded,” he continued. “The reboot at the end of the day is to elevate the quality of the brand. Now, in that, to have a line really playing in the advanced contemporary area is perfect.”

“We’re not a second Diesel. My eyes are really somewhere else,” said Andreas Melbostad, creative director of Diesel Black Gold. “We want to challenge the knowledge of the company and bring a full-blown collection that is appropriate for the advanced contemporary market,” he continued. “It’s a very interesting and challenging job, because you have to break down people’s existing perceptions of Diesel.” Melbostad characterised the label as “a small start-up company within a huge company.” Currently, Diesel Black Gold accounts for only a “single digit” percent of the company’s revenue, according to Bogliolo. But the chief executive has plans for the line. “It should be visible, global and sustainable.” 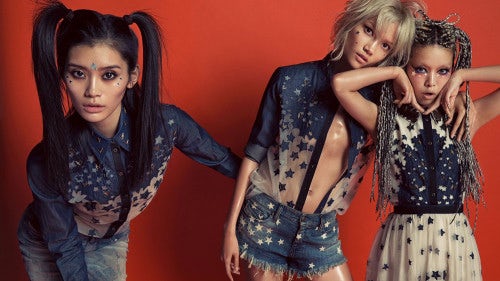 “Diesel Black Gold is not an haute couture kind of exercise where I make a nice show, the journalists come and they clap and then it’s back to selling the normal thing,” said Bogliolo. “The line is part of the business and we expect revenue.” Diesel Black Gold will also help the company better tap womenswear. “Diesel has always been more of a men’s attitude. But for Diesel Black Gold, the women’s business is a priority,” said Melbostad. “There is an opportunity for a big portion of the business to be women’s.”

The reboot has also touched Diesel’s neglected retail network. “Talking about the health of the brand, we have a network that grew enormously in the late 1990s and early 2000s, and, after 10 or 15 years, it’s a little bit ageing. It’s really time for a revamp,” said Bogliolo. Recalibrating relationships with department stores is also on the agenda. “We have some locations now that might have been appropriate in the past, but the new direction implies that maybe we have to move from floor A to floor B within a department store, or maybe we have to work with another store.”

But Rosso, Bogliolo, Formichetti and Melbostad were all clear that the changes taking place at Diesel were less of a repositioning and more of a return to the company’s original DNA, albeit recalibrated for the realities of today’s market. “I don’t like the word reposition because it sounds very corporate. Reboot is much nicer and more real towards what we are doing,” said Bogliolo. “To be honest, it’s not about change; it’s about going back to the origins. If you look at Diesel at the very beginning, it was already male and female, denim and apparel — and it was premium positioning.”

The reboot is estimated to take about three years. But for Bogliolo, it’s a process of constant iteration. “I tell you, there will be a hundred re-reboots during those three years. If you look at Mr Rosso, he does something and the moment he finishes that, it’s also the moment that he starts again. That, I think, is terribly innovative and what made the brand in the first place. I think this brand really has some extremely unique characteristics. And it’s a lot to do with the personality of Mr Rosso.”

“There is an Italian expression: there is the choir and then there is the voice that speaks out from the choir. In an industry where there are certain rules and standards, Diesel has always taken a different kind of approach.”

So how is the company measuring success?

“Top line would not be the measure of success,” said Bogliolo, who acknowledged that the reboot would impact short-term revenue as the brand recalibrated its product and distribution strategies. “For me, success is whatever indicates desirability; it’s the number of iconic items that are sold. To give you an example, if instead of selling one million pieces of a cheap t-shirt that is basically a commodity, I sell one hundred pieces of a nice leather jacket with a lot of the brand’s DNA, that is a way of saying the brand is healthy and desirable. Also, social media mentions are important.”

“Ultimately, all of this will generate big revenue, but that is not the point right now,” Bogliolo continued. “Above all, I want consumers to feel that we are extraordinary. Many things in this world have become ordinary. I really would like people to look at Diesel and think it’s extraordinary. Even if they think, ‘Wow it’s so extraordinary, it’s not for me.’ I don’t care.”

“To be honest, we don’t want to grow too much,” said Rosso. “We think to be cool is better than to be big.”

Vikram Alexei Kansara travelled to Breganze as a guest of Diesel.