NEW YORK, United States — In 1980, gallerist and art curator Jeffrey Deitch helped open the A. More Store in Manhattan’s storied Soho neighbourhood, which featured accessibly priced products handmade by then-emerging artists including Kiki Smith and Christy Rupp, who were riding high off of the success of The Times Square Show, when members of the groundbreaking (and politically active) artists’ group Colab staged an exhibition in the then-seedy neighbourhood, effectively launching the art boom of the 1980s.

At the time, Deitch and another friend offered to cover the $600-a-month rent on the Soho space. (In the fall of 2016, asking rents for retail stores in Soho averaged $755 per square foot, according to the Real Estate Board of New York.) A. More Store sold items like Smith’s cast finger fragments and Rupp’s plaster rats, paving the way for Keith Haring’s Pop Shop, which opened in Soho in 1986, and in Tokyo two years later. 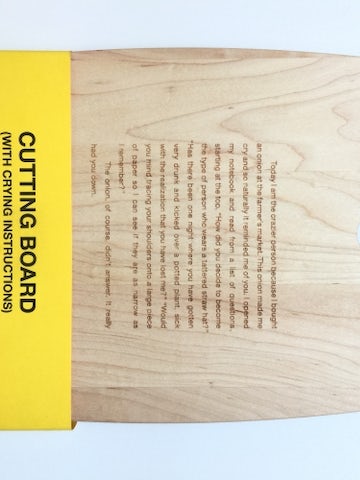 Starlee Kine cutting board, Art for All at Uniqlo | Source: Courtesy

Fast forward to 2017, and Deitch is staging yet another accessible art shop, this time in Uniqlo’s global flagship in Soho, which opened on the neighbourhood’s highly trafficked Broadway shopping stretch in 2006. “There is this vastly increased visual fluency, where people know so many visual images from what they can find on the internet,” Deitch says. “This feeds into interest and participation in the visual arts. You see barriers breaking down between music, art and fashion.”

The first iteration of “Art for All”, an ongoing partnership between Deitch and the Japanese apparel giant, will launch (in Uniqlo’s Soho and 34th Street stores only) as shop-in-shops on January 20, followed by a series of events led and curated by Deitch, including a lecture on January 26 at his gallery Deitch Projects and live screen-printing events with artists AIKO and Daze on February 4 and Tom Otterness and Jane Dickson on February 11 at the Soho store. The “Art for All” name is an homage to the artists Gilbert & George, who adopted the motto early in their career.

While it’s not a huge surprise that Uniqlo — which has an ongoing partnership with MoMA — is teaming up with Deitch, the product it plans to sell is somewhat unexpected. Instead of leading with clothes, like t-shirts or baseball caps, the first installment of “Art for All” will feature no apparel.

Deitch-selected artists, from painter Marie Roberts to public radio star Starlee Kine, have created 65 limited-edition, bound-to-be-collectible products, all available for under $100, and most under $30. Items include shoelaces from Ken Kagami ($9.90), a cutting board conceived by Kine ($39.90), pint glasses from Roberts ($19.90 per glass) and masking tape by Tadanori Yokoo ($5.90).

“We wanted to create a new experience inspired by creativity and our principles of democratic self-expression beyond apparel and accessories,” explains John C. Jay, Fast Retailing's president of global creative. “We want to get closer to the artist's own creation and explore their ideas in 3-D, hence our decision to begin our partnership by offering objects and not clothing. Jeffrey Deitch’s idea of paying homage to the original Art for All concept by Gilbert & George using affordable and collectable objects and ephemera gives Uniqlo a fresh experience, offering art through the artist’s personal concept of accessibility.”

We want to get closer to the artist's own creation and explore their ideas in 3-D.

On some level, a partnership between Uniqlo and Deitch, a leading influence in shaping the global art scene for the past four decades, was almost inevitable. The art dealer and curator established his gallery, Deitch Projects, in Manhattan’s Soho neighbourhood in 1996 and began a dialogue with Fast Retailing chief executive Tadashi Yanai and his son, Kazumi Yanai, when Uniqlo opened its first global flagship around the corner a decade later. Enter Jay, the legendary creative director who joined Uniqlo in October 2014 with a mission to bring greater awareness, cultural relevance and dimension to the Uniqlo brand. Deitch’s friendship with Jay — the former global executive creative director of Wieden & Kennedy, best known for its work with Nike — dates back 20 years. (“Maybe more,” Deitch adds.)

“When you have a gallery, part of what you do is build a network of interesting, exceptional people around the world,” Deitch says. “John was part of a circle of people I’ve connected with in terms of creative dialogue. We always wanted to do something big together, and nothing big ever came up until he joined Uniqlo. There’s a shared interest with John, myself and the whole Uniqlo approach of making art accessible and infusing business with a creative vision. It all makes sense for us.” 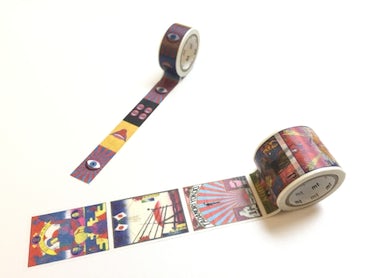 “My purpose here is to bring the highest possible quality to the greatest number of people in the world,” Jay says. “When I joined, it had everything to do with apparel, but when I think about the experiences we’re creating at our flagship stores, and my knowledge of Jeffrey and what he has been doing in terms of democratising art and bringing those ideas and concepts to a greater number of people, that was the automatic connection for me."

The partnership also reflects the specific challenges Uniqlo faces in the US, the world's largest retail market. Right now, the brand's American subsidiary is underperforming. Yanai has vowed to “channel the expertise of the entire Fast Retailing group into making Uniqlo USA profitable and successful.” Yet to do this, Uniqlo must evolve from a Japanese firm with global reach to a truly global enterprise with what Jay is fond of calling higher "cultural IQ," and smarter local activations.

The alliance with Deitch could help, while also offering consumers a reason to visit the store and a chance to up their own cultural IQ in the process. “When you dig into the archives and the history of contemporary art, any retrospective of some of the artists that are so popular today, young people don’t really understand the foundation of that art... art’s relationship not only to culture, but to politics and social movements on the Lower East Side and Soho and everywhere else,” Jay says. “I think it’s important — and it’s one of the reasons I reached out to Jeffrey — to have a voice from that era to build this foundation of knowledge.”

For Deitch, “Art for All” is a summation of one of his great missions. “I came into all of this when rock music was so big and had such an influence on the culture. I always wondered... Why couldn’t visual art have this kind of impact?" he says. "We have this remarkable new development with Instagram and social media, where this ideal coming from late-Sixties era artists like Joseph Beuys — where everyone can become an artist — is now being realised.”